How African-Americans responded to Gone with the Wind

Roundup
tags: Gone With the Wind

E.R. Shipp, a Pulitzer Prize winner for commentary, has worked for the New York Times, the New York Daily News and the Washington Post. She is the journalist in residence at Morgan State University’s School of Global Journalism and Communication. 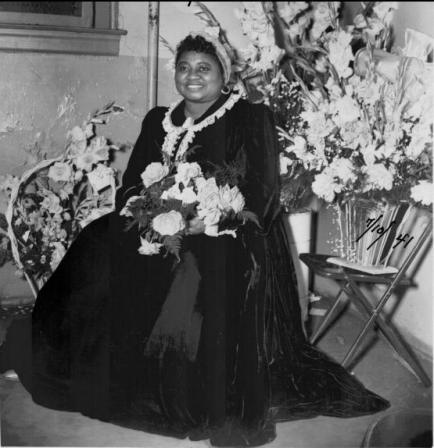 Well, fiddledeedee, as Scarlett O’Hara might exclaim: Gone With the Wind, the epic film of love and war set against the backdrop of a doomed Southern slavocracy, is turning 75, with special screenings in movie theaters around the nation and an airing on TV, too.

While black film buffs and thrill seekers will be in these audiences, that was not the case when the blockbuster saga premiered at Atlanta‘s Loew’s Grand on Dec. 15, 1939, with Depression-era patrons paying a whopping $10 for tickets.

In that New South that had replaced the antebellum South, there were no seats for black moviegoers. “Negro reaction to Margaret Mitchell’s Gone With the Wind will have to wait until the film comes North,” the Pittsburgh Courier’s Atlanta correspondent reported in the Dec. 23, 1939, edition.

For the GWTW premiere, Atlanta was a bastion of Old South pageantry, with 42 choristers from the oldest black church there, Big Bethel AME, dressed in “the garb of the old South,” according to the Baltimore Afro, to entertain the audience with Negro spirituals.

The film that went on to win 10 Oscars—including the first for a black performer—and that the American Film Institute considers one of the best films ever made, created nearly as much havoc in the equivalent of black Twitter—the black press—as General William T. Sherman’s march through Atlanta during the Civil War.

It was 1939, when millions of despairing people were unemployed and living on some form of public assistance during the Great Depression. Black activists were crusading for a federal anti-lynching bill. Europe was combating Nazis and fascists while America dithered over whether to intervene. And Hollywood was promoting the lost cause in a war that had claimed 750,000 lives and brought about the legal abolition of slavery...

Read entire article at The Root
comments powered by Disqus