What You Didn't Know About Francis Scott Key

Steve Vogel is the author of  "Through the Perilous Fight—From the Burning of Washington to the Star-Spangled Banner: The Six Weeks That Saved the Nation." 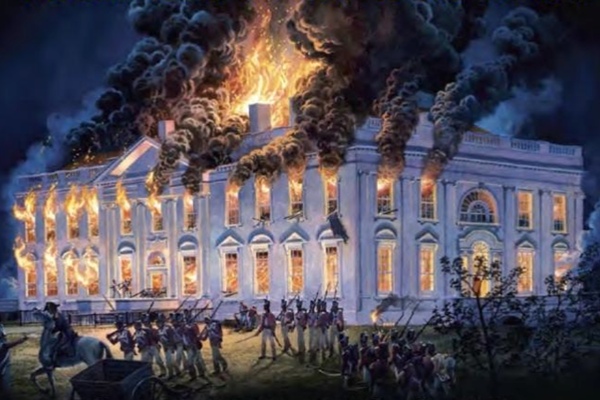 As a passionate opponent of the war that brought a British army to invade the United States 200 years ago, Francis Scott Key was an unlikely candidate to author America’s national anthem.

As Americans mark the 200th anniversary of the writing of “The Star-Spangled Banner,” much about Key and the song he wrote after watching the British bombardment of Fort McHenry remain shrouded in myth and misperception. 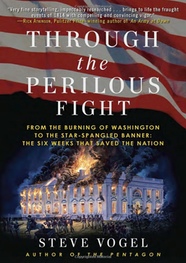 The truth is Key--asking as dawn broke on September 14, 1814, whether the American flag still flew over the fort defending Baltimore harbor--captured a pivotal moment when the country’s future was at stake. It is essential to remember that Key’s first verse ends not with an exclamation point, but a question mark.

Key, a Washington attorney and amateur poet who was 35 when he wrote the song, was among many Americans who opposed the U.S. declaration of war against Great Britain in 1812. He was appalled that the U.S. attacked Canada – then a group of British colonies – and he celebrated when an attempt to take Montreal in 1813 failed. “This I suppose is treason, but as your Patrick Henry said, ‘If it be treason, I glory in the name of traitor,’ Key wrote to John Randolph, the Virginia congressman who led opposition to the war.

But Key felt differently when the British invasion of the Chesapeake threatened his native state of Maryland and the young American capital.

On August 19, 1814, British forces landed in Maryland, and moved toward Washington. Outside the city at Bladensburg, Md., on August 24, the British easily defeated an outclassed and poorly led American force, and entered the capital that night. Key, serving as a civilian aide to the District militia commander at Bladensburg, was humiliated by “our disgrace,” he called it. 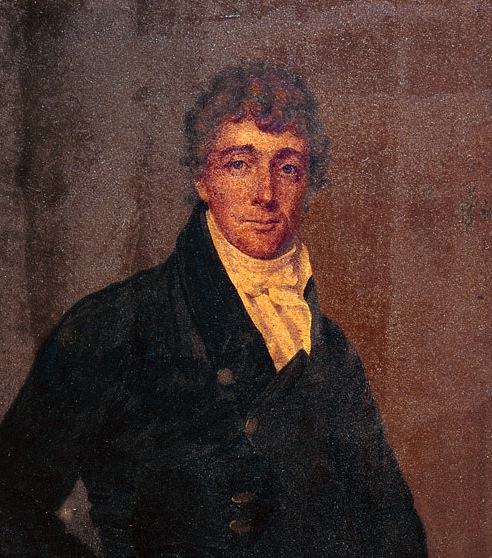 Over the next 24 hours, as President James Madison fled into Virginia, the British burned almost every vestige of American power in the capital, including the White House, the State, War and Navy headquarters, the Capitol and with it, the Supreme Court and Library of Congress. The light from the tremendous fires could be seen as far away as Baltimore to the north and Fredericksburg to the south.

By the time the British abandoned the capital after 24 hours to prepare for attacks on Baltimore and New Orleans, the nation faced its gravest crisis since independence. Madison returned to a smoldering capital and a nation that faced political and financial collapse. A powerful British force lurked in the Chesapeake, and another in Quebec was preparing to invade via upstate New York. Alarm swept cities along the eastern seaboard, with Baltimore veering toward capitulation, and Philadelphia and New York fearing they were next. The Treasury was bankrupt, and banks from New York south refused to accept American paper currency. The bonds of the union were fraying, with extremists in New England advocating secession.

With the blessing of the Madison administration, Key undertook a mission to gain freedom for an elderly American doctor held captive by the British. Sailing under a flag of truce, Key’s party intercepted the enemy fleet just as it moved for Baltimore. The British agreed to free the doctor, but detained Key and the other Americans for the duration of the attack.

Key listened in dismay as British officers discussed plans for the “plunder and desolation” of Baltimore. The aptly named bomb ships that set up off Fort McHenry--Devastation, Terror, Volcano, Aetna, and Meteor-- were the most powerful siege artillery afloat, capable of firing 200-pound explosive shells two-and-a-half miles.

Beginning soon after dawn Sept. 13, the British fired the first of some 1,800 bombs and 800 Congreve rockets at Fort McHenry.

For Key, the hours were mixed with fear and hope. Despite the tremendous bombardment, he saw the American flag still flying at twilight, but once darkness fell, it was impossible to spot it. During the night, the shelling reached new heights of fury, but terrible as it was, the continued assault was proof that the fort had not surrendered.

In the hours before dawn, the guns fell quiet. It was a terrifying moment for Key, a sign the British may have captured the fort; if true, Baltimore was doomed, and perhaps the nation.

He was overcome with relief when, in the first light of morning, a breeze revealed the flag to be American. “I hope I shall never cease to feel the warmest gratitude when I think of this most merciful deliverance,” Key wrote Randolph.

Still in enemy hands, Key began working on a composition, using the melody “To Anacreon in Heaven,” a well-known British tune originally written for a London gentleman’s club. Upon his release, Key wrote the words out on a single sheet of paper in his room at a Baltimore inn.

Within days, it was published by a Baltimore newspaper, and soon spread up and down the east coast. The victory at Baltimore, and concurrent news that the British had been soundly defeated at Plattsburg, N.Y., upended the dynamics at treaty talks underway in Europe, forcing the British to scrap conqueror’s demands and allowing the U.S. to emerge with a stronger sovereignty and sense of union than before the war.

In an era before photography, Key’s eyewitness description of the American flag flying over Fort McHenry created an indelible image for a shaken nation, not unlike the flag raised by U.S. Marines during the battle on Iwo Jima, and the flags displayed by firefighters at the World Trade Center and the Pentagon after the terrorist attacks of September 11, 2001.

The Civil War brought the song to greater national prominence, its lyrics deeply meaningful to Union troops at a time when the American flag was under attack by Confederate forces

But Congress did not designate the song as our national anthem until 1931, overcoming years of opposition from those who disliked the song, including prohibitionists and some religious leaders who seized on the tune’s origins to label it “a barroom ballad composed by a foreigner.”

Critics have never stopped seeking a new anthem, often using the same complaints. “Our National Anthem is about as patriotic as 'The Stein Song,' as singable as Die Walkure, and as American as 'God Save the Queen,' ” one wrote in 1965.

The song “bristles with a blood-and-thunder spirit we neither feel nor want,” a Washington Post music critic wrote in 1977.

Among those who felt differently about “The Star-Spangled Banner” was American composer and bandleader John Philip Sousa, who considered it a “soul-stirring song.”

“Nations will seldom obtain good national anthems by offering prizes for them,” Sousa said. “The man and the occasion must meet.”