Ross Douthat joined The New York Times as an Op-Ed columnist in April 2009. Previously, he was a senior editor at the Atlantic and a blogger for theatlantic.com. 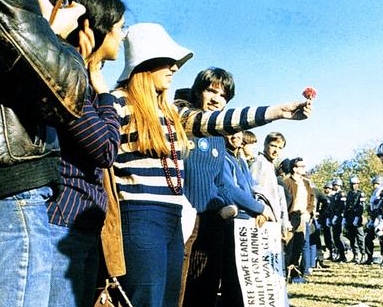 After following some of the more intemperate liberal reactions to the Supreme Court’s Hobby Lobby decision yesterday, I thought ofthis post from Mother Jones’s Kevin Drum from earlier this year, making the case for a liberalism that owns up to its own culture-war aggressions and success:

Over the last half century, various branches of government have … taken plenty of proactive steps to marginalize religion. Prayer in public school has been banned. Creches can no longer be set up in front of city hall. Parochial schools are forbidden from receiving public funds. The Ten Commandments can’t be displayed in courtrooms. Catholic hospitals are required to cover contraceptives for their employees. Gay marriage is legal in more than a dozen states and the number is growing rapidly.

Needless to say, I consider these and plenty of other actions to be proper public policy. I support them all. But they’re real things. Conservative Christians who feel under attack may be partly the victims of cynical politicians and media moguls, and a lot of their pity-party attempts at victimization really are ridiculous. But their fears do have a basis in reality. To a large extent, it’s the left that started the culture wars, and we should hardly be surprised that it provoked a strong response. In fact, it’s a sign that we’re doing something right.

As far as I’m concerned, the culture wars are one of the left’s greatest achievements. Our culture needed changing, and we should take the credit for it. Too often, though, we pretend that it’s entirely a manufactured outrage of the right, kept alive solely by wild fantasies and fever swamp paranoia. That doesn’t just sell the right short, it sells the left short too. It’s our fight. We started it, and we should be proud of it.

A cultural liberalism that took this line would be no less militant, obviously, but it would be a lot more clear-eyed about its actual situation vis-a-vis its present foes. For instance, it would be able to see that far from ushering in the Republic of Gilead, yesterday’s high court ruling at most placed a modest limitation — and, if I andothers are reading the tea leaves in Anthony Kennedy’s concurrence correctly, possibly a very modest limitation — on a recent and significant liberal victory: That is, it didn’t even roll the clock back to 2009, let alone to 1959, and it’s quite possible that the ultimate impact on insurance coverage will be identical to what would have happened had the justices had ruled the other way. Such a liberalism might also be able to see that the larger pattern I wrote about yesterday, in which the Supreme Court has become a frequent refuge for religious conservatives rather than just their reliable bete noir, is itself partially the result of liberal gains in the political and cultural sphere, which have reduced religious traditionalists to making the kind of defensive appeals to liberty and pluralism and minority rights that tend to end up adjudicated in the courts. And such a liberalism would take ownership of its own ascendance and take more responsibility for (and pride in!) its own aggressions, rather than perpetually crying “theocracy” whenever its advance is interrupted.

Why doesn’t this self-aware social left show up (save in sharp, undeluded blog posts like Drum’s) more often? Well, a few reasons.First, political mobilization depends on a sense of victimhood, grievance and looming apocalypse, so no matter the correlation of forces on a given issue you can be sure that the professional agitators on both sides will have an incentive to inculcate solidarityby insisting that theirs is the heroic, hard-pressed side about to be crushed by a ruthless opposition. (See Christmas, the War on, and other extravaganzas of fauxpression, for examples from the rightward end of the spectrum.)