The richest Americans in history 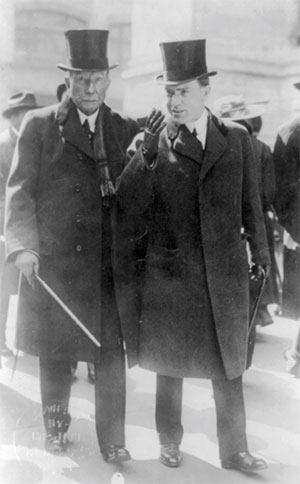 Rockefeller made his fortune by revolutionizing the oil industry. Before his time, lamp oil was unpredictable. But he figured out a way to standardize the quality, and Standard Oil was born.

Rockefeller's shrewd business sense led to the rise of one of the biggest companies in the world. By 1880, Standard controlled 90% of the oil produced in the United States. The government broke it up in 1911 amid allegations of price fixing and other underhanded business dealings, but not before Rockefeller became the country's first billionaire.

He spent the last part of his life giving away much of his fortune, including money to found the University of Chicago and the Rockefeller Foundation. The companies that sprung from Standard Oil's breakup -- including ExxonMobil (XOM), Chevron (CVX),ConocoPhillips (COP) and a big chunk of what are now BP's (BP) U.S. operations -- remain among the world's largest.

[Editor:  Rockefeller is the first of 20 people included on the list.]