Even If Arizona Made Its Anti-Gay Bill Law, It Wouldn't Have Mattered -- It Would Have Been Unconstitutional

by John A. Kirk

John A. Kirk is George W. Donaghey Professor and Chair of the History Department at the University of Arkansas at Little Rock. His latest book is Martin Luther King and the Civil Rights Movement (Routledge, 2013). 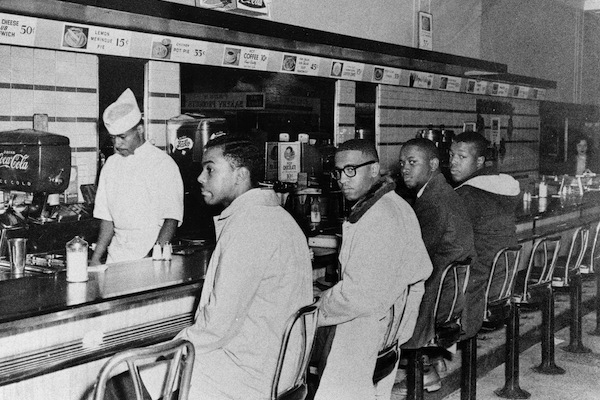 The Arizona state legislature recently passed SB 1062 that would have permitted private businesses to refuse service to same sex couples on the grounds of “religious freedom.” The bill raised a storm of controversy and revisited old constitutional debates about the relationship between the rights of private business owners and individual civil rights.

The Fourteenth Amendment, adopted in 1868, guarantees “equal protection of the laws” to all citizens. However, in the Civil Rights Cases of 1883, the Supreme Court made it explicitly clear that the equal protection clause only applied to “state action” by government entities and that it did not cover private individuals, organizations, or establishments.

This was tested in the 1960s when the student sit-in movement began. African American students challenged segregation laws by occupying “whites only” lunch counters and demanding service. After the initial sit-ins in Greensboro, North Carolina, in February 1960, within a year over 100 cities had experienced sit-ins, with over 50,000 participants and over 3,000 arrests.

The National Association for the Advancement of Colored People’s Legal Defense Fund lawyers encouraged the courts to expand the remit of the Fourteenth Amendment to protect sit-in participants from prosecution by private business owners. But the courts were reluctant to interfere directly since they viewed the rights of property owners as sacrosanct.

Instead, the courts looked to expand the scope of what was considered “state action” in a variety of creative ways. Yet as more cases came down through the courts, it became increasingly difficult for them to dodge the question of Fourteenth Amendment rights.

Ultimately, Congress stepped in with the passage of the 1964 Civil Rights Act. The act, which has its fiftieth anniversary later this year, outlawed segregation in public facilities. It led to the dismissal of over 3,000 sit-in cases and laid the constitutional framework for the courts to take a different approach in the private business owners versus individual rights debate.

In two landmark rulings later that year, the Supreme Court upheld congressional power to pass desegregation law under the Constitution’s Commerce Clause, which gave the federal government the right to regulate interstate commerce. In Heart of Atlanta Motel, Inc. v United States the court ruled that an Atlanta, Georgia motel’s refusal to accommodate African American customers was unconstitutional since it interfered with interstate traffic. In Katzenbach v. McClung the court ruled that Ollie’s Barbecue in Birmingham, Alabama could not refuse to serve African American customers since food cooked in the restaurant originated from out-of-state.

The Arizona bill invoked “religious freedom,” though this was simply a smokescreen. Many southerners believed that racial segregation was biblically sanctioned and could have argued the same line. Indeed, if the courts had upheld Arizona’s SB 1062, there seems to be little reason why the south could not have revived Jim Crow segregation laws prohibiting the service of African Americans on religious grounds.

It did not come to that. SB 1062 was doomed to defeat because of earlier constitutional precedents. Firstly, the bill clearly involved “state action” and contravened the Fourteenth Amendment. Secondly, the federal government could once again have invoked the Commerce Clause to overrule the bill. Finally, and most importantly, Arizona discovered just as the south once had that discrimination is bad for business.

It was the economic damage done by sit-ins that caused many establishments to desegregate in the 1960s. Businesses were disrupted and the images of cities were tarnished. Likewise, Arizona risked losing out on hosting the NFL Superbowl in 2015 if it had persisted, and a number of big corporations successfully lobbied Gov. Jan Brewer not to sign the bill into law.

It was economic self-interest that killed SB 1062 it in the end, just as it killed legally mandated racial discrimination in many businesses in the south fifty years ago.

For the hardcore segregationist holdouts, the law had the final say in ending discrimination.