We Need to Include Reparations in the Story of Solomon Northup 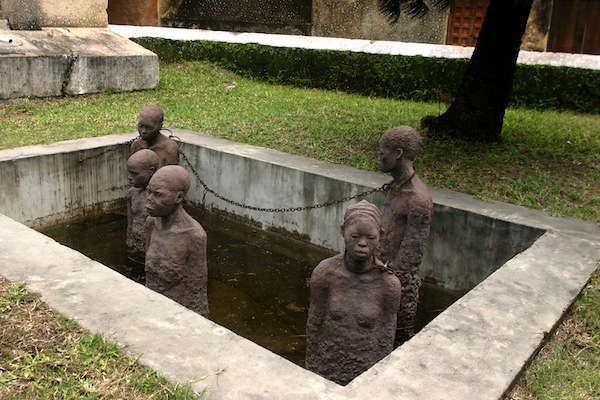 A vital segment of Solomon Northup’s amazing and sometimes tragic life is stunningly portrayed in Steve McQueen’s celebrated film, 12 Years a Slave. But there is far more to his story than the dozen years he suffered -- and survived -- in bondage.

Northup, born free in upstate New York, was a working-class tradesman, musician, and family man in his thirty-fourth year when kidnapped into slavery in 1841. He spent the next twelve years toiling under inhumane conditions on cotton and sugar plantations in central Louisiana. After regaining his freedom and reuniting with his family in 1853, he became a popular speaker on the antislavery lecture circuit, enlightening audiences in New York, New England, and even Canada about the evils of the “peculiar institution.” His 1853 autobiography of the years he spent in bondage, also entitled Twelve Years a Slave, carried his story to an even broader audience. It was second only to Frederick Douglass’s Narrative as a nonfiction bestseller about slavery in its own time. Sources suggest that he became active in assisting runaway slaves on the Underground Railroad. These post-slavery careers are relatively well known to Northup biographers and historians of American slavery and abolition.

Virtually unknown, however, is Northup’s role as the focus of the first campaign for reparations for slavery from the government of the United States. Long before “forty acres and a mule” became a rallying cry for former slaves and their allies after the Civil War, Northup and his abolitionist friends lobbied Congress for compensation for the time he spent in bondage.

Moved by the troubling content of Northup’s lectures and his slave autobiography, abolitionists in upstate New York and elsewhere initiated a campaign in the latter part of 1853 asking Congress to compensate Northup for his years in slavery. As his family’s primary breadwinner, this period had left him and the members of his household in a financial quandary. Abolitionists argued that his time away from his family and the loss of his liberty was worth many times his value as slave property, estimated at $1,700. They crafted and circulated petitions to Congress seeking a reasonable indemnity for Northup. Douglass was a leading figure in the campaign. One of the foremost lecturers in the antislavery movement, the author of a widely-circulated slave autobiography himself, and the editor of a leading weekly antislavery newspaper, he allowed those distributing petitions to publicize them in his journal and even published sample petitions. Furthermore, he provided public encouragement to the campaign.

In February 1854, prominent political abolitionist Gerrit Smith of upstate New York, then a Free Soil congressman in the U.S. House of Representatives, submitted three petitions, bearing hundreds of signatures, calling for Northup to be compensated. Over the next few months, several additional petitions reached Congress on the same subject. Most were from Smith’s constituents, although at least one, submitted by Free Soil congressman Edward Wade, came from distant Illinois. These petitions typically recounted Northup’s kidnapping and years in bondage, then “respectfully request[ed] some suitable action by your Honorable body to indemnify him by some adequate compensation for the time spent in the unrequited service of worse than Egyptian taskmasters.” In each case, the petitions were forwarded to congressional committees, where they were permanently tabled. Stymied by Southern politicians, the campaign expired in less than a year’s time.

Before the Northup compensation campaign, most abolitionists talked and wrote very little about reparations for slavery. The effort to obtain a federal indemnity for Northup changed all that. After hearing the former slave relate his story at both a public lecture and private gathering of abolitionists in Boston in 1855, reformer Henry Clarke Wright not only endorsed the justice of reparations for Northup but broadened the question to the 3.5 million African Americans still in bondage. “Who will help to redeem them, and pay for their sufferings?” he asked. Like Wright, a wide range of slavery’s opponents began to call for federal reparations to slaves in the years leading to the Civil War. These included Smith, antislavery journalist and John Brown ally James Redpath, a sizeable number of black abolitionists, and southern emancipationist Hinton Rowan Helper. Some, like Smith and Helper, even offered specific plans for the size and nature of federal reparations payments to African Americans. These would be valuable precursors to later campaigns.

Many Americans are aware of the calls by former slaves for “forty acres and a mule” and even of contemporary reparations movements. Historians have added to the list the massive slave pension movement of the turn of the twentieth century. The Northup compensation campaign, however, constituted the first organized effort for federal reparations for slavery and is an important precedent. We need to include it in Northup’s story.