Black People Have a Duty to Bear Witness to Racial Violence

Kidada E. Williams is the author of "They Left Great Marks on Me: African American Testimonies of Racial Violence from Emancipation to World War I" (NYU Press, 2012). She is associate professor of African American and American history at Wayne State University. 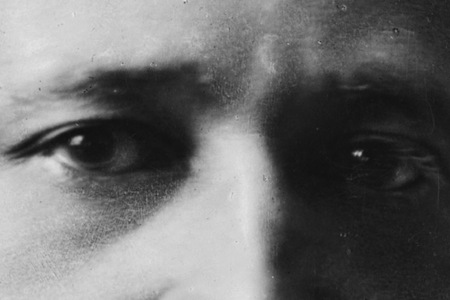 Last year, I wrote a post on Trayvon Martin’s killing in which I discussed the long history of extralegal racial violence. I ended that piece acknowledging that although the final history of the killing had not yet been written, one crucial chapter would be the story of the Fulton and Martin family and their supporters’ work to guarantee that the state filed legal charges against George Zimmerman. In light of the trial and a Florida jury’s decision to acquit Zimmerman, we have seen an outpouring of commentary, rallies, and even calls for a new social movement.

I am a historian who studies African Americans’ testimonies about experiencing racial violence. I have read hundreds of black people’s personal accounts of assault, rape, murder, whipping, lynching, riots, and massacre. I have also examined their supporters’ efforts to use the powers of the press and creative art to make all Americans bear witness to the physical, psychological, economic, and sociological pain this violence caused black people.

As I watch African Americans and their allies respond to the Martin-Zimmerman case, I see it through the historical lens of black people’s long tradition of testifying about and against racial violence and their efforts to turn their emotional energy into political action. Whether it was to end slavery, lynching, or Jim Crow, African Americans throughout history have successfully used the power of testimony and bearing witness to get justice and effect change in the nation’s racial and legal landscape.

African Americans who spoke and wrote about slavery launched the first crusade against racial violence. People like Frederick Douglass, Harriet Jacobs, Solomon Northrup, Henry Bibb, Harriet Tubman and others related their stories of slavery’s horrors for others to hear. They testified with the belief that if other people heard their stories of what slavery really entailed they would experience the horrors for themselves and be inspired to support campaigns to abolish the institution. Working with progressive white activists, they launched and helped to sustain the abolitionist movement, a key feature of which was making white Americans bear witness to enslaved people’s pain as a way to get them to join the cause.

Over the course of late nineteenth and early twentieth century, as the violence continued and gave way to lynching and race riots, African Americans continued to resist by testifying, reporting violence, and creating art in an effort to help people who had never experienced this violence to bear witness to the suffering it caused. The parents, children, spouses, and neighbors of victims wrote letters to news organizations, presidents, the Justice Department, and eventually civil rights organizations like the NAACP. Their testimonies about violence fueled the establishment of the anti-lynching campaigns led by people like T. Thomas Fortune, Ida B. Wells, W.E.B. Du Bois, James Weldon Johnson, Mary Talbert, and Walter F. White, whose work helped to vanquish lynch mobs by the 1940s.

Although there were fewer lynch mobs in the post-World War II period, some whites continued to use violence to maintain Jim Crow. In African Americans’ fight to eliminate racial segregation, disfranchisement, and violence, we can see that they recognized the power of black testimony for rallying people to support their cause. Survivors of violence testified at mass meetings and protest campaigns about being attacked for trying to register to vote or joining a boycott or march or having a loved one killed. Indeed, critical moments in the civil rights movement involved people like Mamie Till Bradley, Fannie Lou Hamer, Myrlie Evers, Martin Luther King, Jr., James Meredith, Joan Little, and Stokely Carmichael bravely stepping forward to relate personal pain they endured or witnessed.

The historical record shows that listening to these stories empowered African Americans and their allies to continue fighting Jim Crow by protesting, mobilizing and organizing their communities, and voting to elect officials who would pass laws to protect them. The success of their work in securing passage of the Civil Rights Act and the Voting Rights Act and transforming the nation’s racial landscape inspired historian C. Vann Woodward to call the movement the “Second Reconstruction.”

Indeed, the significance of African Americans’ willingness to testify about racial violence is that it has the power to inspire people to take political action. Sybrina Fulton, Tracy Martin, Rachel Jeantel, and Jordan Davis’s father Ron Davis, President Barack Obama, and many others have stepped forward to share their experiences of racial violence and discrimination. They seem to be influenced by what the West Indian slave Mary Prince referred to as her “duty to relate.” In The History of Mary Prince she wrote of her belief in her need to share her story of slavery with the people of England. “I have been a slave,” she explained, “I have felt what a slave feels, and I know what a slave knows.” Knowing what only other people who have lost loved ones to racial violence know, Trayvon Martin’s family and supporters seem to be driven by the same force.

As the people who have testified about this recent violence in court, on television, or on social media make clear, African Americans take racial violence personally, and with good reason. We have a historical and intimate familiarity with this violence. We understand that Trayvon Martin was one of many people whose lives have been or might be cut short because of racial hatred. We know that, as the killings of men and boys like Martin and Jordan Davis and the prosecutions of women like Marissa Alexander and Cece McDonald reveal, such violence against black people is not only part of this nation’s history; it persists as part of our present. We speak out because we understand that if we don’t raise our voices, protest, make the nation and world bear witness, mobilize and organize our communities, run for office, and elect officials to protect our interests, this violence will also be a part of our future.

Khalil G. Muhammad, director of the Schomburg Center for Research on Black Culture and author of The Condemnation of Blackness, said on the Melissa Harris-Perry Show that the U.S. has reached a new nadir of race relations. He was referring to what the historian Rayford Logan described in The Betrayal of the Negro as the period following Reconstruction known for the tsunami-like rise of racial disfranchisement, segregation, and lynching that reduced African Americans to second-class citizens. The Supreme Court’s decisions on voting rights, voter suppression campaigns, the apparent sanctioned killing of unarmed black boys and men, defunding of schools, massive surveillance, and erosion of women’s rights combined with mass incarceration, racial hatred spewed across the public spheres, and continuing, and in some cases intensifying, sociological hardship for black people all inform the sense that we have indeed reached a new low point.

Muhammad suggested that, in order to push back against the denial of black people’s humanity and the circumscription of their rights, we are in need of another concerted and sustained political mobilization of our communities to achieve what he called a Third Reconstruction. The recent rallies and commentaries in the wake of the Zimmerman verdict, civil disobedience campaigns in North Carolina and Texas, and recent discussions about the need for and point of protest suggest that we might be witnessing the emergence of a new movement. Whether or not that happens remains unclear, but if it does, then history shows us that the power of activists’ duty to relate what only they know about their experiences will surely be a precipitating factor.