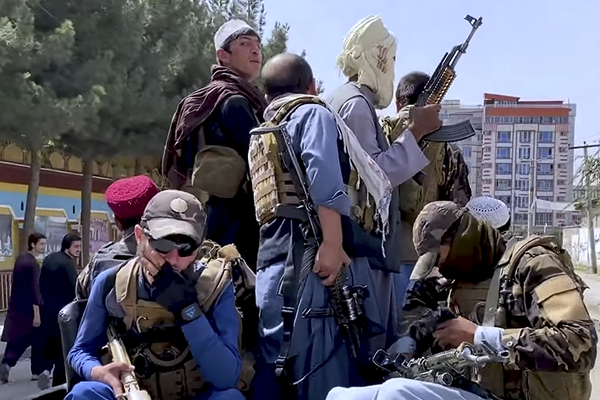 The sad, shocking, and tragic Taliban takeover in Afghanistan in the seventh month of the Joe Biden presidency, after 20 years of American engagement in that nation, is yet another example of a foreign policy disaster in the first year of an American presidency, a heritage going back as far as John F. Kennedy.

The first year of the Kennedy presidency witnessed the failed attempt to overthrow Fidel Castro in the infamous Bay of Pigs fiasco in April 1961. This led to a disastrous Vienna Summit between Kennedy and Soviet Premier Nikita Khrushchev in Vienna, Austria that June, where Khrushchev lectured, threatened, and pointed his finger at Kennedy in a deprecating manner.  By mid-August, the Berlin Wall was starting to be built, and would stand for 28 years until 1989.  Additionally, these foreign policy disasters led Kennedy to promote an escalation of the war in Vietnam, with the introduction of thousands of Green Beret Special Forces to fight an endless guerrilla war in Vietnam.

The first year of the Lyndon B. Johnson presidency witnessed the decision to create a crisis in Vietnam for political reasons, to help Johnson deal with the hawkish image of his Republican Presidential opponent, Senator Barry Goldwater of Arizona.  In the Gulf of Tonkin Crisis, false intelligence reports led Congress, except for two Senators (Wayne Morse of Oregon and Ernest Gruening of Alaska), to rally around the President and pass the Gulf of Tonkin Resolution in August 1964, which gave the president unlimited authority to further escalate the war after his full term inauguration in 1965.  This would lead to the greatest split in American society since the Civil War a century earlier, made Johnson unable to further expand his “Great Society” domestic reforms, and created a massive Democratic Party split leading to the victory of Richard Nixon in 1968.

The first year of the Richard Nixon presidency saw Nixon waiting nine months before announcing his “secret plan” to end the war in Vietnam in October 1969, which turned out to be a long drawn out process that continued the war into the first days of the second term in 1973. No one could imagine that the number of American soldiers killed would double under Nixon, when most Americans thought the nation would exit Vietnam much sooner than 1973.

The first year of the Gerald Ford presidency would see the unexpected North Vietnamese attack on South Vietnam in April 1975, and the sudden, tragic flight from the US Embassy in Saigon. This led to the desperate attempt of South Vietnamese, who had worked with US forces, to escape on board the helicopters taking American personnel to safety.  This led to many dying as they dropped off helicopters, and others escaping to the sea and to their tragic deaths, or ending up in “re-education camps’ established by the Communist government of what was now a unified Vietnam. Additionally, with the collapse of Cambodia to the extremist Khmer Rouge guerrilla forces, the world witnessed the Cambodian genocide beginning in April 1975, continuing into the Carter presidency.

The first year of the Jimmy Carter presidency had no major problems, but later there would be the Iranian Revolution and the Hostage Crisis of 1979-1981, the Soviet invasion of Afghanistan in December 1979, and the Mariel Boatlift from Cuba in April 1980, all which undermined Carter in his attempt to win reelection in 1980.

The first year of the Ronald Reagan presidency saw the harsh rhetoric of the president lead to tensions and confrontation, including Reagan calling the Soviet Union “an evil empire.”  The administration also secretly began to aid the “Contra” rebellion against the Sandinista government of Nicaragua. Congress would later ban this aid, an edict the administration ignored. In the later years of the administration, this led to the Iran Contra Affair, involving secret sales of arms to Iran to raise funds to support the “Contras.”

The first year of the George H. W. Bush presidency saw no major damaging crisis, as Bush reacted in a calm manner on such issues as the Tiananmen Square Massacre in China in June 1989; the fall of the Berlin Wall in November 1989; and the invasion of Panama in December 1989.  Bush’s foreign policy expertise and skill was a rare case of early term Presidential leadership.  Many conservatives thought Bush was too “laid back” and unwilling to exploit the events in China and Eastern Europe, but history looks kindly on Bush for his measured responses.

The first year of the Bill Clinton Presidency saw the president inherit a last minute military intervention in Somalia in eastern Africa, where there was a breakdown of law and order. The situation became more chaotic and anarchic, leading, sadly, to a bloody military struggle, and the bodies of dead American soldiers dragged through the streets of the Somali capital of Mogadishu in October 1993. The US withdrew fully in March 1994. Also, the first attack on the World Trade Center occurred in February 1993, making clear the growing threat of Middle East terrorism.

The first year of the George W. Bush Presidency led to the most dramatic failure in American foreign policy since Pearl Harbor under Franklin D. Roosevelt in 1941.  The attack on the World Trade Center in New York City, and the Pentagon in northern Virginia on September 11, 2001 led to a 20-year intervention in Afghanistan, which now has ended up in total disaster after military intervention under four American Presidents.  American foreign policy and national security underwent massive change which still affects all Americans every day. The USA Patriot Act, an emotional action by Congress, led to many civil liberties violations in future years, as it allowed government and law enforcement agencies to detect and deter terrorism in ways many have considered unconstitutional.

The first year of the Barack Obama presidency fortunately had no major blunders, but the issues of Iraq, Afghanistan, Russia, China, North Korea, and the Middle East became major controversies and challenges in the future years of the Obama Presidency.

The first year of the Donald Trump presidency saw major upheaval, as Trump alienated America’s traditional allies in NATO, cozied up to Russian dictator Vladimir Putin and North Korean tyrant Kim Jong Un, repudiated the Iran Nuclear Agreement and the opening up of diplomatic relations with Cuba, both initiated under Obama,and worked against the Paris Climate Accords.

And now, in the first year of the Joe Biden presidency, we are witnessing the tragic and sudden collapse of the Afghanistan government, leading to a military disaster and potential national security threat. The Taliban, who had housed Al Qaeda before September 11, 2001, now are back in power, and the danger to the American homeland is again a major threat for the future. It brings back memories, particularly, of JFK and the Bay of Pigs, Gerald Ford and the evacuation in South Vietnam, and most significantly, George W. Bush and the September 11 attacks.