Blogs > Ronald L. Feinman > Trump Is the Most Corrupt President in History

Trump Is the Most Corrupt President in History

Ronald L. Feinman is the author of “Assassinations, Threats, and the American Presidency: From Andrew Jackson to Barack Obama” (Rowman Littlefield Publishers, August 2015). A paperback edition is now available. 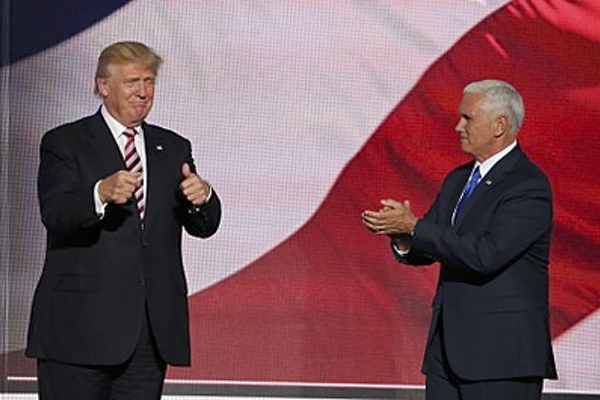 As President Donald Trump was impeached Wednesday, December 18th, journalists and historians are reexamining the history of presidential corruption. After carefully reviewing this history, I believe Trump’s presidency is the most corrupt in American history.

Before I get to that conclusion, it’s important to review the presidential scandals that precede Trump. One might argue that every presidency has some episodes and personnel that might be considered corrupt, but seven presidencies particularly stand out for their scandals.  For this analysis, I am not including  accusations of sexual liaisons as they did not affect government policies and enforcement. Thus,  the dalliances of Warren G. Harding, Franklin D. Roosevelt, John F. Kennedy, Lyndon B. Johnson, and Bill Clinton are not considered in this discussion of Presidential corruption. One Democrat and six Republicans make up this unfortunate list: Democrat Andrew Jackson and Republicans Ulysses S. Grant, Warren G. Harding, Richard Nixon, Ronald Reagan, George W. Bush, and Donald Trump.

Andrew Jackson infamously introduced the concept of the “spoils system” to American government. Jackson believed the mantra “to the victor belongs the spoils” and nearly 40 percent of all government employees were replaced by party loyalists. Many of these new appointees had minimal or nonexistent credentials for their jobs.

Martin Van Buren, a “Kitchen Cabinet” advisor who served as Secretary of State and Vice President under Jackson, created  the Albany Regency political machine in New York and pushed Jackson to give jobs to political allies. Newspaper editors who favored Jackson were granted special favors and malfeasance of political appointees in handling government funds was common.  Jackson ushered in a fifty year period of widespread cynicism about the commitment of government workers to conduct the public business in an ethical manner.

The worst excesses of the Jacksonian spoils system occurred during Ulysses S. Grant’s presidency. Scandals emerged in the Navy, Justice, War, Treasury, Interior, and Post Office Departments, as well as the New York Customs House. Grant was very naïve about people’s motivations, and allowed himself to be manipulated by military associates and people who flattered him in order to gain access to lucrative financial deals at a time of great transformation and development of the industrial economy. Grant was never proven to be directly involved with the scandals, but his association with some people of questionable character, and his acceptance of personal gifts, undermined his reputation and presidential legacy.

The 12  scandals under Grant led to four cabinet members and first term Vice President Schuyler Colfax’s removal from office. This corruption is often labeled as the Credit Mobilier scandal, but it actually began before Grant was in office and continued through his administration.  The Black Friday, Gold Panic, New York Custom House Ring, and Whiskey Ring scandals also occurred during Grant’s presidency and reveal the endemic and disgraceful level of corruption. The Liberal Republican Movement of 1872 was a reaction against the Grant Administration scandals, and ultimately led to the civil service reform movement promoted by the Mugwump faction in the party led by Carl Schurz, Charles Francis Adams, Jr., Mark Twain, E. L. Godkin, and Thomas Nast, among others.

With the establishment of the Civil Service Commission in 1883 by the Pendleton Act under President Chester Alan Arthur, corruption did not plague the presidency again until Warren G. Harding in the early 1920s. Like Grant, Harding was naïve about the intentions of the “Ohio Gang,” Ohio politicians he appointed to high political office. The Ohio Gang’s Teapot Dome scandal embroiled Secretary of the Interior Albert Fall, and Secretary of the Navy Edwin Denby, Attorney General Harry Daugherty, and Bureau of Veterans Affairs head Charles Forbes in scandal.  Investigations of these corrupt officials were in full swing when Harding suddenly died on August 2, 1923, just 2 years and 5 months into his term. Harding was aware of the moral and ethical collapse of his administration and was depressed about that reality.

50 years later, Richard Nixon came into office with distrust of the news media and a desire to get revenge on his “enemies” in government and journalism. For Nixon, fighting his enemies meant using every tactic, including wiretapping, break-ins, bribes, and encouraging the Internal Revenue Service to  audit his opponents. Nixon was so brazen he even had tape recordings of everything occurring in the Oval Office, including discussion of illegal activities.

What ultimately brought Nixon to resign was the burgeoning Watergate Scandal, the attempt by Nixon operatives to bug the headquarters of the Democratic National Committee to find out their tactics and strategies for the 1972 Presidential campaign. The Washington Post sent Bob Woodward and Carl Bernstein to investigate the unsuccessful break in on June 17, 1972.  With the help of Deep Throat, Deputy Head of the FBI Mark Felt, the reporting helped spur a Congressional investigation in 1973 and 1974, leading to an impeachment inquiry. After the Supreme Court decided in US. V. Nixon that the President must hand over the Watergate Tapes to the Special Prosecutor and to Congress, Nixon soon resigned on August 9, 1974. A total of 76 government officials were charged with crimes in the Watergate Scandal, and 55 were convicted, and 15 served prison sentences. Nixon avoided prosecution when he was pardoned by his successor, Gerald Ford, on September 8, 1974.

When Ronald Reagan came into the Presidency, he revived the role of corporate influence and malfeasance reaching into the cabinet and other government agencies, including the Departments of Defense, Justice, Housing and Urban Development, and Interior, as well as the Environmental Protection Agency and the Central Intelligence Agency.  Reagan appointees--including Attorney General Edwin Meese, Secretary of Defense Caspar Weinberger, National Security Advisers Robert McFarlane and John Poindexter, HUD Secretary Samuel Pierce, Secretary of the Interior James Watt, White House Press Secretary Lynn Nofziger, Deputy Chief of Staff Michael Deaver, EPA head Anne Gorsuch Burford, CIA Head William Casey, and Oliver North--were engrossed in multiple scandals involving money and law breaking.  Many of those involved in scandal were indicted (26), convicted (16), and sentenced (8). Several of the indicted officials were given clemency by incoming President George H. W. Bush, who denied any personal involvement or knowledge of the scandals.

Although the Reagan Administration surpassed the Nixon presidency in the number of well-known figures who were embroiled in corruption, Reagan left office with strong public approval. His personality and public image helped him survive in office.

Under President George W. Bush, there was great controversy that developed over the roles of Vice President Dick Cheney, Secretary of Defense Donald Rumsfeld, Attorney General Alberto Gonzales, Advisor Karl Rove, White House Chief of Staff Andrew Card, Cheney Chief of Staff Lewis Libby, and other government agencies and individuals involved in the planning and execution of the Iraq War, Afghanistan War, reaction to Hurricane Katrina, and the economic meltdown that led to the Great Recession of 2008-2009. Bush administration officials received 16 indictments, 16 convictions, and 8 prison sentences.

This led to Bush’s rapid drop in public opinion ratings and Bush was the most unpopular President since Richard Nixon when he left office.  Bush hurt his party and undermined any possibility of 2008 Republican Presidential candidate Senator John McCain winning the election.

Now, in the time that Donald Trump has been in office, and as Donald Trump faces an impeachment trial in the US Senate, the level of corruption and scandal is the greatest since Nixon and Reagan.  Just to recap: National Security Adviser Michael Flynn was forced to resign over contacts with Russian government officials and his lobbying activities during the Presidential campaign. Attorney General Jeff Sessions had to recuse himself from any investigations of Russian hacking during the Presidential campaign of 2016.  We have seen convictions not only of Michael Flynn, but also of Michael Cohen, Rick Gates, Paul Manafort, George Papadopoulos, Roger Stone, and many more are likely to come.

Many other cabinet members have come under fire for incompetence or conflicts of interest, including Rick Perry, Betsy DeVos, Mick Mulvaney, Wilbur Ross, William Barr, Mike Pompeo, and past appointees Ryan Zinke and Scott Pruitt. Trump, himself, has broken the Emoluments Clause of the Constitution, which prevents any President from making profits on his personal business ventures while in office. While all politicians can be accused of lying and deceit at some point in their careers, Donald Trump has set a record that has caused many observers to contend that he is the “Liar in Chief” as he has lied more than 15,000 times in less than three years, as recorded by the Washington Post.

While the presidency has often been embroiled in scandal, Donald Trump’s impeachment and other methods of corruption stand out in history.