How Should Popular Culture Convey History?

Walter G. Moss is a professor emeritus of history at Eastern Michigan University, a Contributing Editor of HNN, and author of A History of Russia. 2 vols. In the last dozen years he has also written over 400 online essays for HNN and other websites. For a list of his recent books and online publications click here. 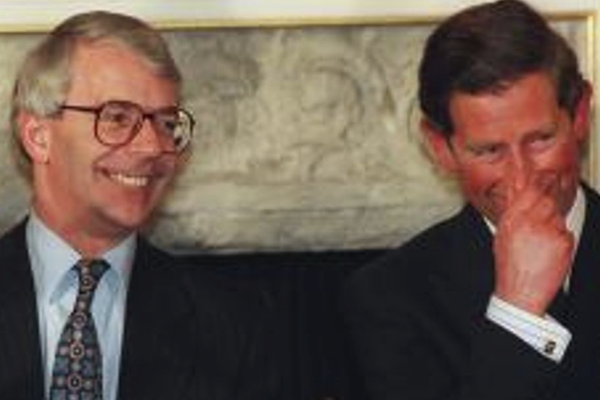 Two recent events got me thinking about how we should convey history. In early November, Netflix presented its 10-episode fifth season of “The Crown.” A few months earlier (in August) the very popular historian and biographer David McCullough died at age 89.

The main problem with the present season of “The Crown,” which deals with the British Queen Elizabeth II (played by Imelda Staunton) and her family from 1991 to 1997, jumps out at us already in Episode 1. It is the problem of truth.

The real-life Major, however, says such a meeting never occurred, and it is just a “barrel-load of nonsense,” which has been concocted “for no other reason than to provide maximum—and entirely false—dramatic impact.” English actress Dame Judi Dench, who has played the role of Queen Elizabeth I (of Shakespearean times), added that the series promoted “an inaccurate and hurtful account of history” and it “seems willing to blur the lines between historical accuracy and crude sensationalism.”

Although there are other historical inaccuracies in the series, some can be defended in the name of “artistic freedom” and/or seem less significant. But the presentation of Charles as a scheming plotter determined to unseat his mother is especially important because he is now the king. And although his powers are extremely limited, the public’s perception of him does still matter, and some “Crown” viewers will come away convinced that Charles schemed as depicted.

This does not mean, as I indicated in a 2015 article on this HNN site, that I oppose all artistic license in treating history--“Truth about the past . . . can come to us in different ways.” Although “the works of professional historians are generally better at conveying facts and interpretations that appeal to the intellect as opposed to the emotions and imagination,” Historical fiction, films, and TV sometimes better enable us to “feel” the truth.

As an example, I provided the following fictional passage (from Ian McEwan’s novel Black Dogs) that I had earlier quoted on the first page of my An Age of Progress? Clashing Twentieth-Century Global Forces:

He was struck by the recently concluded war [World War II] not as a historical, geopolitical fact but as a multiplicity, a near-infinity of private sorrows, as a boundless grief minutely subdivided without diminishment among individuals who covered the continent like dust. . . . For the first time he sensed the scale of the catastrophe in terms of feeling; all those unique and solitary deaths, all that consequent sorrow, unique and solitary too, which had no place in conferences, headlines, history, and which had quietly retired to houses, kitchens, unshared beds, and anguished memories.

I quoted those words because I agree that history with all its facts and figures sometimes fails to convey the “near-infinity of private sorrows” that often accompany war. And in my book’s first chapter (on twentieth-century violence, including wars), I wanted readers always to be mindful of that terrible reality.

Thus, I fully realize that historical truth, can come to us in different ways--including fiction, films, and TV--and historians do not have a monopoly on it. But, as of late, partly as a result of social media and the influence of Donald Trump, the very nature of truth has come into question and the blurring of it by politicians and the general public has reached alarming proportions.

Facing this crisis, historians have a special responsibility. In her These Truths: A History of the United States (2019), Jill Lepore writes that “the work of the historian” includes being “the teller of truth.” And indeed telling the truth should be as central to our mission, as “First, do no harm” is to doctors and nurses.

One way of insisting on truth while still allowing ample room for artistic license is to do what PBS did for its 8-episode series “Atlantic Crossing,” which dealt with World War II, FDR, and Norway’s Crown Princess Martha. The network provided a website where viewers could “delve into our roundup of each episode’s history to fact check what’s real versus imagined.”=

The death of David McCullough provides an opportunity to reflect on another aspect of how historians and others should convey history--the style of writing it. In works such as Truman, John Adams, The Path Between the Seas, 1776, and Mornings on Horseback (about the young Teddy Roosevelt), McCullough demonstrated that historical writing need not be confined to scholarly journals and books. The average educated and interested reader could also enjoy it.

Three years ago, the then-president of the American Historical Society, Georgetown’s John R. McNeill, wrote pertaining to the same point in his “Jargon in History Writing Shuts Out the Public.” “One of the things I like about history,” he stated, “is that it can be written clearly, in language any literate person can understand. . . .  It is in our collective interest for everyone to read and enjoy history.” Alluding to, but not directly pointing his finger at, deconstructionist influences, he mentioned some historians “use of relentlessly abstract and obscure prose, often in imitation of models once current in literary criticism and philosophy.” Such language is “undemocratic: it reaches only a few initiates and excludes the great majority of readers. It alienates audiences needlessly.”

His point underlines the basic writing advice that we should craft our prose keeping our audience in mind, and that different audiences require prose adjustments. My own writings have included articles in scholarly journals and books, textbooks, books meant for educated readers, and hundreds of essays on websites as diverse as HNN, the La Progressive, and the Wisdom Page. One of my books (Russia in the Age of Alexander II, Tolstoy and Dostoevsky), while stressing historical accuracy, even employed techniques more commonly used in fictional writing.

Keeping one’s readers in the forefront of our minds means first of all writing as clearly and concisely as we can. And it doesn’t hurt to sprinkle in a little humor. (I was happy that one of the reviewers of my two-volume History of Russia wrote approvingly that it “balances humorous anecdotes with provocative concepts.”)

Thus, the answer to my title question--“How Should We Convey History?”--seems pretty simple. Truthfully, regardless of our medium and whether we are historians or not. And clearly and concisely. Especially with the great educational divide presently occurring among U. S. voters, it is more vital than ever (as McNeill reminds us) that history be written clearly, in language any literate person can understand.