Walter G. Moss is a professor emeritus of history at Eastern Michigan University and Contributing Editor of HNN. He has frequently written about fiction and films (see here), and his Russia in the Age of Alexander II, Tolstoy and Dostoevsky (2002) is a narrative history that employs some of the techniques of historical fiction, but without taking any liberties with the facts. 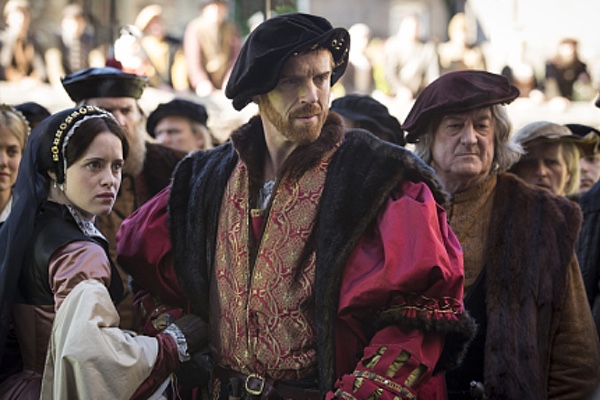 How is history related to fiction and film dealing with the past? Having recently seen the film Selma and the six-part BBC and PBS series Wolf Hall, based on two of Hilary Mantel’s historical fiction novels, I’m roused to reflect on this question. This essay offers no final, definitive answers, just my initial thoughts on the question, as well as some consideration of what others have thought.

In reading history or fiction or viewing a film we are broadening our experience. Each doorway to more experiences can help us become wiser persons—if we properly incorporate them into our lives. What we should be seeking in any media—besides entertainment and whatever beauty we can find—is truth.

The Mission Statement of the HNN website states: “Our mission is to help put current events into historical perspective,” and that “even those who profess utter indifference to history are beholden to it.” In an essay on history in fiction, Mantel (see above) writes that “to try to engage with the present without engaging with the past is to live like a dog or cat rather than a human being; it is to bob along on the waters of egotism, solipsism and ignorance. . . . Without a knowledge of history to give him [any person] a context for present events, he is at the mercy of every social misdiagnosis handed to him.”

We historians believe that knowing the truth about past events is essential to dealing with current social and political problems, whether domestic or international ones. We cannot imagine, for example, trying to resolve present Middle Eastern conflicts or the Ukrainian crisis without knowledge of past events in these regions.

The reality or truth about the past, however, can come to us in different ways. The works of professional historians are generally better at conveying facts and interpretations that appeal to the intellect as opposed to the emotions and imagination, which historical fiction and films sometimes better reveal.

In his novel Black Dogs (1993), the British writer Ian McEwan suggested that historical accounts sometimes failed to convey a full sense of the multiple tragedies of war when he wrote about one of his characters:

He was struck by the recently concluded war [World War II] not as a historical, geopolitical fact but as a multiplicity, a near-infinity of private sorrows, as a boundless grief minutely subdivided without diminishment among individuals who covered the continent like dust. . . . For the first time he sensed the scale of the catastrophe in terms of feeling; all those unique and solitary deaths, all that consequent sorrow, unique and solitary too, which had no place in conferences, headlines, history, and which had quietly retired to houses, kitchens, unshared beds, and anguished memories.

Of course, some historical works are much better than others at helping readers emotionally experience wars’ tragedies, sometimes by quoting from the sufferings of participants. But any accounts that just stress military maneuvering and government actions and slight all the individual suffering of war are not delivering the whole truth. To help students in a twentieth-century history class better experience the emotional dimension of World War I, I sometimes used Erich Maria Remarque’s novel All Quiet on the Western Front,alsomade into an excellent film.

Some novelists, however, believe they can do more than just supplement historical accounts by helping readers feel and imagine the past better. The great Russian writer Leo Tolstoy once wrote, “History is nothing but a collection of fables and useless trifles, cluttered up with a mass of unnecessary figures and proper names.” Believing that “progress on one side is always paid back by retrogression on the other side of human life,” he was especially critical of the many nineteenth-century historians who viewed history as a story of progress. In an era when historians still tended to emphasize the actions of governments and so-called “great men” (seldom women) and paid little attention to the role of common people, Tolstoy accused them of neglecting those who “made the brocades, broadcloth, clothes, and damask cloth which the tsars and nobles flaunted, who trapped the black foxes and sables that were given to ambassadors, who mined the gold and iron, who raised the horses, cattle, and sheep, who constructed the houses, palaces, and churches, and who transported goods” (see here, Ch. 19, for source of quotes). In his novel War and Peace, Tolstoy believed that he presented the past better than did historians.

Although Hilary Mantel has not made any such sweeping claims for her historical novels dealing with the reign of Henry VIII and forming the basis of Wolf Hall, she has also criticized historians and suggested that fiction writers like her can provide some truths about the past that elude historians. In her essay mentioned above she writes: “The most scrupulous historian is an unreliable narrator; he brings to the enterprise the biases of his training and the vagaries of his personal temperament.” In an interview she suggested that because so little was known about the inner life of Thomas Cromwell, Henry VIII’s chief minister for many years, it took the imagination of a novelist like her to try to recreate it. But she insisted that she did not believe “in reshaping history to your dramatic purpose . . . . In some way the truth is always good enough.”

But the truth that Tolstoy or Mantel have attempted to portray differs in some ways from that which historians are trying to render. While historians must not deviate from the facts of the past, novelists are free to render it in any way they wish. Mantel may not believe in “reshaping history” for her own dramatic purposes, but many other novelists observe no such limitation. Take, for example, Philip Roth. In his The Plot Against America (2004), he has aviation hero Charles Lindbergh defeat Franklin Roosevelt in the 1940 presidential election. Although contrary to actual fact, Roth intended by fictional means to explore a larger truth—the existence of American antisemitism in the 1940s.

Most historians have no objection to such dramatic license, partly because they presume readers will know that Lindbergh was never president. But they do often object when they believe that a novel or film portrays historical figures or events inaccurately without acknowledging they are doing so. In an essay (excerpted on the HNN site), historian Julian E. Zelizer wrote about Selma: “the film is a stunning account of the grassroots mobilization that brought pressure to bear on elected officials, but also . . . provides a misleading picture of [Lyndon] Johnson. Americans who get their history from Hollywood alone can too easily leave the theater with an inaccurate view of his presidency and a missed opportunity to understand this contentious and transformative period in American history.” Under the heading “Is ‘Lincoln’ the Movie Historically Accurate?” HNN provided links to 15 essays by historians.

One big controversy about Wolf Hall was how accurately the series (and Mantel earlier) portrayed the characters of Thomas Cromwell and Thomas More, who earlier had served Henry VIII as his chief minister. One article in the Observer (a British newspaper) carries the title: “Thomas More is the villain of Wolf Hall. But is he getting a raw deal?” It notes that “the Catholic saint [More] is portrayed by Hilary Mantel as a heartless enforcer of doctrine, but previous interpretations celebrated a man of principle living in dangerous times.” It also comments on the very different portrayal of More in the 1966 film version of Robert Bolt’s play A Man for All Seasons.

Treating history in films or on TV, as opposed to novels, presents its own unique problems. For example, the choice of actors to portray important historical figures, as well as how they present themselves, can make a big difference. The Thomas Moore that we see in the film A Man for All Seasons, played by Paul Scofield, is very different than the prissy-acting Anton Lesser, who plays him in Wolf Hall. Historians who have read descriptions of More by friends such as the famous Dutch humanist Erasmus (see his lengthy 1519 letter to Ulrich Hutten here, pp. 231-39) may find him a much more appealing figure than he appears in Wolf Hall. When I viewed the mini-series Peter the Great, I kept thinking that the choice of actor Maximilian Schell to play Peter was not a good one, partly because Schell was only 5’11” as compared to Peter’s 6’8” and Peter’s tremendous size (and appetites and energy) was an important part of who he was.

A more serious offense of a novel or film can also be committed by historical works. All three formats can violate truth by skewing reality or favorably depicting evil or unwise actions. Some Soviet historians, for example, as well as novelists and film directors, presented Stalin’s oppressions in a favorable light. Some historians, novelists, and film makers have also romanticized or glorified slavery, war, or dishonorable individual behavior.

In a section of my An Age of Progress? Clashing Twentieth-Century Global Forces, I quoted Vietnam veteran Philip Caputo, who wrote that he enrolled in a Marine officer training program partly as a result of the romantic heroism of such war movies as Sands of Iwo Jima (1949), Guadacanal Diary (1943), and Retreat, Hell! (1952).“The heroic experience I sought was war; war, the ultimate adventure; war, the ordinary man's most convenient means of escaping from the ordinary. . . . Already I saw myself charging up some distant beachhead like John Wayne in Sands of Iwo Jima, and then coming home a suntanned warrior with medals on my chest . . . I needed to prove something—my courage, my toughness, my manhood. During the 1991 Gulf War, decorated combat veteran Colonel David Hackworth observed of Western troops, “Hollywood completely colors their way of seeing war.” More recently the film American Sniper has aroused controversy about whether or not it glorifies “murder” (see, e.g., here and here).

Political philosopher and intellectual historian Isaiah Berlin once wrote that political wisdom was “a gift akin to that of some novelists” like Tolstoy, who conveys “a sense of direct acquaintance with the texture of life; not just the sense of a chaotic flow of experience, but a highly developed discrimination of what matters from the rest . . . . Above all this is an acute sense of what fits with what, what springs from what, what leads to what; how things seem to vary to different observers, what the effect of such experience upon them may be; what the result is likely to be in a concrete situation of the interplay of human beings and impersonal forces.”

Berlin clearly believed that a novelist like Tolstoy can illuminate important truths for us. Films can do likewise. As can history. Novelists and film makers dealing with the past may take some liberties with historical facts and still tell larger and important truths, as Roth did in The Plot Against America. Historians must be more faithful to the facts otherwise they are not presenting reality as it really is. But they can also convey significant larger truths as, for example, Paul Fussell did in The Great War and Modern Memory. The responsibility for distinguishing the real from the unreal, the important from the trivial, and the true from the false, lies mainly with the reader and viewer. Sharpening this skill, especially in our age of millions of electronic opinions (including all our “likes”), has never been more important.