Greg Kaliss is assistant professor of history at York College of Pennsylvania. 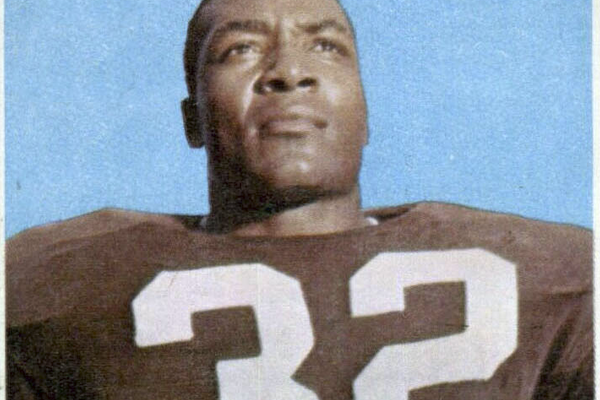 Jim Brown was hailed for his advocacy of Black economic development, but lost many supporters by endorsing Richard Nixon's "black capitalism" agenda.

Recently, Brooklyn Nets basketball star Kyrie Irving completed a suspension without pay for tweeting support for a documentary film filled with anti-Semitic claims and references, and refusing to apologize for his actions or deny anti-Semitic beliefs. Even though his professional punishment has concluded, he is still being subjected to (well-deserved) media takedowns.

There is an irony to Irving’s heel turn: once admired for his refreshing candor, willingness to talk about issues outside of basketball, and considerable skills on the court, the one-time Duke University player has now seen his star fall to new lows, with only his most ardent supporters willing to stay by his side.

Yet there is ample precedent for Irving’s shift from embraced spokesman to disappointing caricature. Sports history is full of well-liked, even socially-active, athletes who have seen their stars dim through controversial statements and actions. In this respect, Irving is hardly alone.

Going back to the 1960s and 1970s, a time of heightened athlete activism following the turmoil of social change in America, a number of popular sports stars found themselves on the wrong side of history and public opinion. Football star turned activist Jim Brown, for example, earned acclaim from many in the African American community in the mid-1960s for his creation of the Black Economic Union to bolster community economic uplift, and for his outspoken challenges of racism in sports and society. However, he generated controversy when he endorsed Richard Nixon for President in 1972. Many in the black community saw that as a betrayal of the race, believing Brown was engaging in a political ploy to get funding from the Nixon administration. When Brown faced a number of accusations regarding domestic abuse, meanwhile, social reform advocates understandably turned away from the one-time popular spokesman.

Even social activism icon Billie Jean King, who championed women's equality in sports through the creation of the Virginia Slims Tennis Tour in 1970 and her triumph over Bobby Riggs in the “Battle of the Sexes” in 1973, disappointed many in the LGBTQ+ community when she initially spoke out against the efforts of Renée Richards (a transgender athlete) to play on the women's pro tour in the mid-1970s. Although she eventually came around and supported Russo's lawsuit to play on the women’s pro tour, King’s initial response was disappointing to many.

The legendary Muhammad Ali was also polarizing—even to his supporters. Although many on the left respected him for his anti-war stance and his defiance of mainstream norms, he also alienated many women with his patriarchal views. In one interview in 1972, for example, he criticized Women's Liberation movements: “Personally . . . I don’t think black women are paying any attention to Women’s Lib … In our Islamic faith, the woman’s No. 1 place is in the home, raising her children and taking care of her husband and family, having dinner ready when he comes home, the way it should be.” Needless to say, many women found that attitude unacceptable.

Those patterns of initial acclaim and eventual disgrace continued. Football star Joe Namath, a media darling for his glamorous nightlife and bachelor lifestyle in the 1970s, later humiliated himself on national television when he drunkenly propositioned sideline reporter Suzy Colbert on live television. Outspoken Green Bay Packers quarterback Aaron Rogers went from appealing guest host on Jeopardy! to a lightning rod for controversy when he lied to the public about his COVID vaccine status and made denigrating comments about the President. Perhaps most notably, celebrated cyclist and cancer awareness booster Lance Armstrong went from national hero to disgrace when he admitted to cheating through elaborate blood doping—and when his repeated claims of innocence in past years turned out to be lies.

With the ascension of televised sports in the 1960s, the widening exposure of cable television coverage in the 1980s, and the diffusion of sports stars into everyday life through the social media boom, the possibilities for athletes to engage with the general public and to use their platform as celebrities has grown ever larger. But as the Irving saga illustrates, and the past examples of Brown, Armstrong, and many others reveal, the brighter lights and bigger stardom of media exposure also come with greater risks.

Athletes like Michael Jordan and Tiger Woods, who famously refrained from outspoken activism and social commentary, have faced criticism over the years for their refusal to wade into controversial political issues. Indeed, the 1980s, 1990s, and 2000s have been noted as decades marked by an athlete retreat from activism and social engagement. By playing it safe, stars like Jordan and Woods lost a chance to speak out on important political issues and to call for change. Many have bemoaned that missed opportunity. But it’s also true that Jordan and Woods avoided the fate of Irving. They understood the potential for negative feedback and kept their opinions to themselves.

One wonders if the backlash to Irving will cause a retreat from athlete activism and public political statements, and a regression to the Jordan / Woods approach. That would be a real shame: the activism of Colin Kaepernick, for example, while controversial, also led to significant investments in community uplift efforts by the NFL and increased national dialogue about police brutality. He helped inspire a wide range of athletes to challenge inequalities inside and outside of sports at great personal cost to his career.

There are many lessons here, from the importance of media sensibility, to the thoughtful use of words, to, most importantly, the need for ongoing anti-Semitism education. Kyrie Irving was wrong, and other athletes have been in the past. But by holding athletes accountable for their poor choices, and leveraging interventions that can improve American democracy, we as fans can help make sports matter in meaningful ways.