Immigrant Education in America is a Series of Stories of Courage

Jessica Lander is an award-winning educator who teaches history and civics to immigrant-origin teenagers in Lowell, Massachusetts. Her book, Making Americans: Stories of Historic Struggles, New Ideas, and Inspiration in Immigrant Education was published in October by Beacon Press. 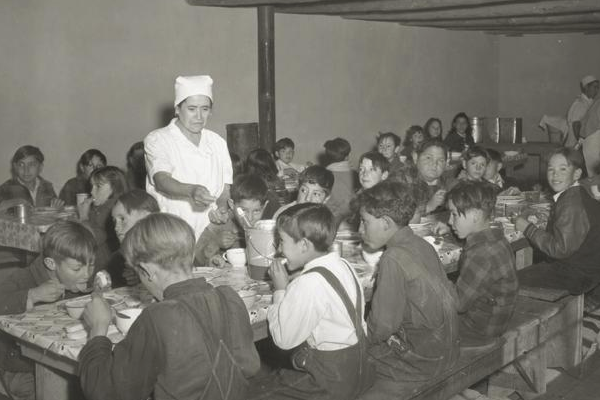 On a Tuesday in late May 1920, during the lunchtime recess in the one-room parochial schoolhouse in rural Nebraska, an eleven-year-old boy began reading, in German, the biblical story of Jacob dreaming of a ladder ascending to heaven. The county attorney walked in just in time to hear the fourth grader, Raymond Parpart, read aloud. He conferred briefly with the boy’s teacher, Robert Meyer, to confirm that Meyer taught his students – the children and grandchildren of German immigrants — in German every day. Two days later, Meyer was arrested and fined for breaking Nebraska’s law against teaching German.

By the early 1920s more than thirty states had passed English-only restrictions for schools. Robert Meyer could have paid the fine and continued teaching solely in English, but he chose to appeal. “This is a question of principle,” he explained. In 1923, the Supreme Court’s decision in Meyer v. Nebraska enshrined the right for teachers to teach and students to learn languages other than English.

A century has passed since Robert Meyer was arrested for teaching German. His case is one of a series of pivotal moments in the last hundred and fifty years that have transformed immigrant education in US schools. As a public school history teacher, I have been struck by the impact courageous individuals have had on my classroom and classrooms across the country. For the last three years I have been immersed in their stories and lives as I wrote my book Making Americans: Stories of Historic Struggles, New Ideas, and Inspiration in Immigrant Education.

Like Meyer, I am a teacher of immigrant-origin children. I have the honor of teaching US history and civics to more than a hundred recent immigrant and refugee students at Lowell High School, a public high school in Lowell, Massachusetts. In my classroom, students from around the globe study together.  They come from more than thirty countries–- from Columbia, The Democratic Republic of the Congo, Cambodia—and speak more than fifteen languages. They bring to our classroom tremendous strengths, including language.

Today, roughly one in four students in K-12 schools is an immigrant or the child of immigrants. In setting out to write Making Americans I wanted to learn from others how we could together reimagine immigrant education, creating welcoming schools that recognize and value immigrant students' many strengths and that nurture in students a sense of belonging. And so I set forth from my classroom to learn —visiting innovative schools working to support immigrant-origin students today, learning from my remarkable immigrant students, and diving into the stories of people at the heart of historic events underlying key laws, cases, and movements.

What has captivated me most as I dove into the past—was learning about the lives of courageous individuals whose stories are intimately intertwined with moments that have shaped this country. In addition to Meyer v. Nebraska, there’s the remarkable case Mendez v. Westminster in the 1940s, which was the successful blueprint for Brown v. Board of Education. These legal cases might seem distant or dry, but to me and my students they spring to life when seen through the eyes of individuals who shaped and propelled history.

In my class, I begin not with the outcome in Mendez v. Westminster, but with seven-year-old Sylvia Mendez who, in 1943, was barred from enrolling in a Westminster, California school because of the color of her skin and the sound of her surname, being instead forced to attend a segregated “Mexican” school. I tell my students about the prolific asparagus farm her family leased from the Munemitsu family, who had been forcibly incarcerated by the U.S. Government alongside roughly 120,000 people of Japanese heritage during World War II, and how the Mendezes used the profits from the farm to help organize with other families to hire a lawyer and sue the local school districts. I share with them the story of the civil rights lawyer, married to a Mexican immigrant and raising his three daughters to be bilingual, who was the son of Jewish immigrants, and who as a boy, was required to play his violin at a recital while standing behind a curtain so he would not be seen. We discuss the court case, and the ever-changing reasons school officials gave to attempt to justify segregation, including claiming that all Mexican-American children needed language support (regardless of their English proficiency), that they were disease-ridden, and that they needed to be “Americanized” (in part, as one official detailed, by learning Mother Goose Rhymes). And we trace the case to the Ninth Circuit, where Thurgood Marshall and the NAACP filed an amicus brief because of their intense interest in the case. Only then do we reach the outcome, in which the Ninth Circuit’s decision led California’s then-Governor, Earl Warren, to end school segregation across the state. And, finally, how only a few years later, Warren became Chief Justice of the U.S. Supreme Court and how one of the first cases he heard was Brown v. Board of Education, which was argued by Marshall and would overturn school segregation nationwide.

The history of immigrant education is filled with remarkable stories of people—mostly everyday people, like lawyers, community activists, district leaders, parents— who shaped history. The stories show how transformative change occurs. They are both sweeping and intimate—such as the history of Plyler v Doe, the landmark Supreme Court case, that enshrined the right of the country’s undocumented children to attend K-12 public schools, including the story of the Lopez parents, who packed their car to the brim before driving their children two blocks to the courthouse to sue their school district, because they knew that in doing so they risked immediate arrest and deportation.

I was never taught these stories in school, but they need to be known. They carry powerful lessons for educators, policy makers, and community members as we together reimagine immigrant education. And particularly, when brought to life through the stories of the many individuals who shaped history, they have the power to inspire our students and provide them with ideas for how to be change-makers in our communities.