What I Learned About Governments from Researching Classified Documents 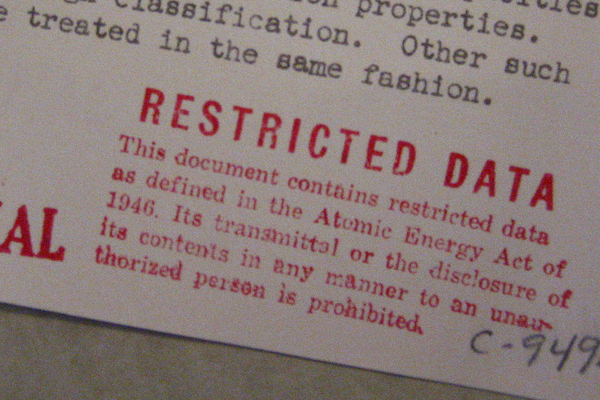 Donald Trump’s illegal retention of classified U.S. government records reminded me that I have been reading these kinds of sensitive official files―and learning from them―for decades.

The reason is that I am a scholar of international history and, in this connection, have drawn upon such material in my research.  Governments keep secrets, and to understand the full story of their behavior, it is often necessary to dig into the documentary evidence.

When I first began plowing through masses of official records in the 1970s, I was attempting to discover the role of the U.S. government in the Greek civil war of the 1940s, which inspired the Truman Doctrine and a broad pattern of overseas U.S. military intervention.  After official review, the relevant State Department files, many of them previously classified, had recently been opened to researchers at the U.S. National Archives.  But when I started digging through these records, I found that a considerable number of classified documents remained unavailable.  When I complained about this to another historian, he responded:  “Those are exactly the documents you should see.  File for them under FOIA” (the Freedom of Information Act).  So that’s what I did.  As a result, after another review, some were declassified, sometimes with sections redacted (“sanitized”).

I faced a somewhat different situation when I applied for (and secured) security clearance to examine U.S. Army records, covering the same subject, at the National Archives.  In this case, I was forced to leave behind paper, pencils, and everything else I carried to enter a locked, caged space.  Here I looked through the records and took notes on special forms provided for researchers.  But all notes had to be delivered to an official at the desk before I was allowed to leave.  Then those that the authorities cleared would be mailed to me.  Although I was not allowed to take notes on anything marked classified, I was told that I could submit a FOIA request for it.  But how could I do that without any record of what document it was?  I eventually solved that problem by memorizing the author, date, and title of the document and, then, jotting down that information after I exited the cage.  Ultimately, though, the authorities had the last laugh.  They mailed me only a small portion of my notes and never declassified anything I requested using FOIA.

Thanks to these research jaunts and others connected to my Greece study, I did manage to find a lot of useful material.  But I was also struck by the limits the U.S. government placed on access to its records.  Ironically, these limits proved less stringent than the ones imposed by the incoming Reagan administration, which, allegedly to protect national security, held up the planned release of subsequent State Department records while they were “re-reviewed.”  Many documents failed to emerge from this process.

Some two decades later, while doing research for the final volume of my scholarly trilogy, The Struggle Against the Bomb, a history of the world nuclear disarmament movement and its impact on government policy, I again encountered difficulties in obtaining access to previously-classified U.S. government records.  In a research visit to the Reagan Presidential Library, in Simi Valley, California, I discovered that only 6 percent of his presidential records had been declassified and opened to scholars.  Naturally, I filed FOIA requests for some of the missing documents.  In response, I received access to only a portion of them, often “sanitized.”  Furthermore, copies of these arrived as much as ten years later, long after the book was published.

Research for this same trilogy brought me to Britain, where I plowed through just-opened classified files at the Public Record Office.  The most exciting find was material in the prime minister’s records indicating a secret plot among top British officials to undermine Britain’s Campaign for Nuclear Disarmament and its most prominent spokesman, Bertrand Russell.  In these circumstances, I worried that, if I brought the document folder to the front desk for photocopying, some official―appalled by what he considered lax declassification―might spirit it away to a secret vault where it would never be seen again.  Consequently, I spent hours copying the crucial documents by hand.  Then I turned to the subsequent folders for more, only to discover that they were marked:  “Closed for the next 100 years”!

Of course, gaining access to relevant classified records of the former Soviet bloc was also difficult.  Thanks to the breakdown of the intensely secretive Soviet system, I had great hopes of travelling to Russia to look at previously unavailable material in the archives.  But, unfortunately, the opportunity quickly evaporated because, among other things, the NATO bombing of Yugoslavia sparked intense hostility among Russians to Americans visiting their country.  Ultimately, the best I could do was to employ a Russian research assistant to locate and translate a small number of documents for me.  Research opportunities proved much better in East Germany, where, with the collapse of the old Communist regime, the records of the secret police (the Stasi), were made freely available.

And what did I learn from these and other plunges into previously classified government records?  Very briefly, American intervention in Greece was based on a genuine, much exaggerated, fear of Soviet expansion, which led to a ruthless campaign to purge Greece of leftist influence.  Also, public protest against nuclear weapons restrained the nuclear ambitions of many government officials and played a major role in curbing the nuclear arms race and preventing nuclear war.  In addition, I found that governments engage in a variety of shady ventures and, therefore, prefer to maintain a considerable degree of secrecy about them.

Against this backdrop, could Donald Trump’s decision to hold onto classified U.S. government records reflect a desire to withhold evidence of his own administration’s extraordinary record of duplicity and malfeasance?  It’s certainly possible.