Clyde W. Ford’s latest book is Of Blood and Sweat: Black Lives, and the Making of White Power and Wealth. 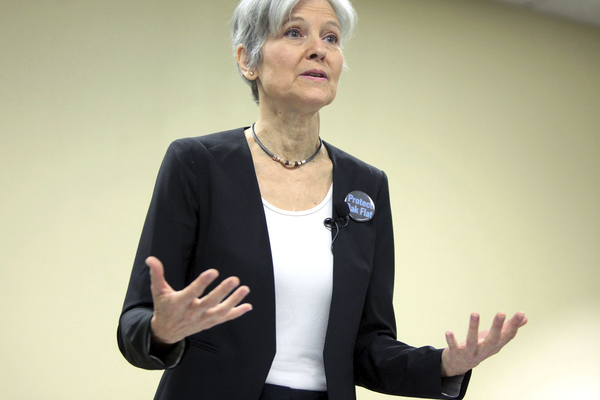 I am distressed about the Supreme Court’s recent rulings overturning Roe v. Wade, blurring the separation of church and State, and curtailing the EPA’s ability to protect the air we breathe. But I’m angry less at the court’s decisions—for these were nearly foregone conclusions—than at progressive voters who either sat out the 2016 election or voted their conscience. Black voters who stayed away from the polls. Voters who cast their ballots for third-party candidates. What the hell were you thinking? You may have voted your conscience, or not voted at all, but you also helped usher in this dystopian new world, where the fate of the country, and the world, now rests in the hands of six radical men and women. You helped place at risk not only the reproductive rights of women, but also same-sex marriage, LGBTQ+ rights, contraception, voting rights, religious minorities, and a sane response to the climate catastrophe.

But like too many Americans, history, even recent history, is not something that appears to move you. The message went out in 2016, that elections have consequences but too many of you progressives seemed not to have heard that message. Not voting, or voting for a third party, gave Donald Trump the presidency. Then on June 24, 2022 Trump’s chickens came home to roost. Roe v. Wade was overturned, and in short succession rulings came down from the court in favor of state-sanctioned religion and environmental devastation.

765,000 fewer Black votes were cast in the 2016 election than in 2012. The Green Party received nearly 1.5 million votes in 2016. In either case, these margins were sufficient to hand the presidency to Trump, and led to the bizarre series of decisions coming out from the Supreme Court.

"I voted my conscience. I voted for my foremothers. For my father. For the planet, people & peace," said one Twitter user who voted for the Green Party in 2016 “I voted my conscience, Jill Stein, as well. For future generations!” said another. I wonder what those future generations of women protesting in front of the Supreme Court today, or a Muslim woman looking down from the bleachers at her son being forced to kneel in Christian prayer on the fifty-yard line and pray, or a young Black child ill with preventable lung disease from dirty air, would say about “voting your conscience.” Even worse, in the 2016 election, the conscience that so many progressives voted with was pummeled by social media messages originating in Russia. Those voting their conscience may actually have been voting Vladimir Putin’s conscience instead.

“Woke Blacks,” an Instagram account created by user “IRA” and ultimately tied to the Internet Research Agency, a Russian troll farm, posted, then promoted, the following meme, “[A] particular hype and hatred for Trump is misleading the people and forcing Blacks to vote Killary. We cannot resort to the lesser of two devils. Then we’d surely be better off without voting AT ALL.”

I see nothing “woke” about that message but Black Lives Matter activist and organizer Hawk Newsome did. “Neither party has stepped to the front and made Black Lives Matter a priority,” Newsome said, then concluded with what ultimately became another social media meme for 2016, “I Ain’t Voting.”

Hawk Newsome, and those in the Black Lives Matter movement who followed him in not voting, are whom Donald thanked at an all-white, post-election rally in Hershey, Pennsylvania: “They didn’t come out to vote for Hillary. They didn’t come out. And that was big—so thank you to the African-American community.”

I wasn’t a Hillary fan in 2016 but I was much less of a fan of Donald Trump. I believed then, and even more so now, that Trump is the personification of anti-democratic evil, who would gleefully lead America’s transformation into a dictatorship. I firmly believe that voting for the lesser of two evils is a good thing because, at the very least, it reduces evil. When you don’t vote for the lesser of two evils what you get is the greater evil in its place, as the Supreme Court has just showed.

Those who did not vote in 2016, or voted their conscience, and are now lamenting the Supreme Court’s decisions, made a fundamental error of conflating the transactional nature of politics with the moral nature of one’s conscience. Politics is not particularly moral. It has never been, and probably will never be, moral. Politics is transactional: If you do this, I’ll do that. If you vote me in office, I’ll deliver on this promise. And you control politicians by making it clear to them, “if we vote you into office, you will deliver on this promise.” Does anyone seriously believe that had we voted Hillary Clinton into office, she would have delivered by appointing Neil Gorsuch, Brett Cavanaugh or Amy Coney Barrett to the Supreme Court?

Conservatives seem to understand politics better than many progressives. In 2016, they “held their noses” and voted for Trump, knowing exactly the kind of man he was, but relishing what he would deliver for them. And Supreme Court justices appointed by Trump delivered big time in overturning Roe v. Wade, removing the separation between church and state, and allowing the degradation of the environment to proceed a pace. Progressives, on the other hand, who “voted their conscience,” or didn’t vote at all in 2016, allowed Trump to be elected, and now they have no one to deliver for them.

The mid-term elections will soon be upon us, followed shortly by the 2024 presidential election. Progressives need to begin “holding their noses” and voting based on the transactional rather than moral nature of politics. If progressives don’t learn how to hold their nose while voting, they will almost always find themselves living in the stench of those who either want to drag America back into a dismal past, or push it forward into an increasingly dystopian and dictatorial future.