Scott Laderman is a professor of history at the University of Minnesota, Duluth.  Among his recent books is Imperial Benevolence: U.S. Foreign Policy and American Popular Culture since 9/11 (University of California Press, 2018), which he coedited with Tim Gruenewald. 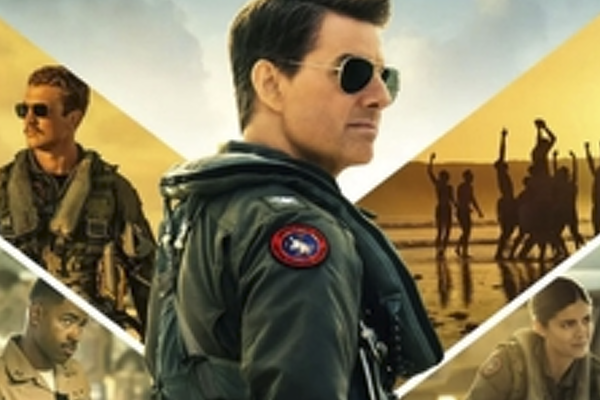 The totals are in, and they’re big.  After just two weeks, Top Gun: Maverick has earned nearly $350 million in North America and over $600 million worldwide.  This is precisely what Hollywood – and theater owners across the United States – had hoped to see.  After two years of the pandemic keeping people away, Maverick shows that there is still an appetite for the big screen.

Yet the Tom Cruise picture has been more than just a commercial success.  It has also resonated with critics, scoring a remarkable 97 percent on the review site Rotten Tomatoes, which parallels the perfect “A+” CinemaScore of popular audiences.

This ecstatic reception tells us just how much Hollywood has succeeded in naturalizing the American penchant for military aggression.  When the original Top Gun came out in 1986, critics lambasted the blockbuster as a facile expression of U.S. Cold War bellicosity.  The consensus at a press event for the film, Steven Rea of the Philadelphia Inquirer wrote at the time, was that Top Gun was “a slick, right-wing Rambo-era propaganda picture, prepping the nation’s teens for war.”  Even the film’s director conceded its unabashed militarism.  “It’s a recruitment film for the Navy,” Tony Scott said, “and they didn’t have to pay a cent for it.”

Thirty-six years later, Maverick, which like its predecessor was made with full Pentagon cooperation, is doing much the same, with reports of Navy and Air Force recruiters setting up shop in multiplex lobbies coast to coast.

Yet, in a sign of just how ubiquitous the nation’s forever war has become, almost no critical and popular attention has been afforded Maverick’s normalization of American imperialism.

This is a film, after all, centered on a U.S. mission to destroy the nuclear facilities of an unnamed nation that has not attacked – nor is imminently poised to attack – the United States.  As much as Washington might wish to pretend otherwise, this makes the mission illegal.  Maverick purports to legitimize it by briefly noting that NATO has deemed the target a security threat.  But NATO is not the United Nations, which alone possesses the authority to authorize such a campaign.

Neither is NATO the purely defensive alliance that Maverick implies.  Since at least the 1990s, when it devoted considerable resources to bombing the former Yugoslavia, the onetime counterpart to the Soviet Union’s Warsaw Pact has gradually remade itself into a multinational fig leaf for U.S. and European militarism.  This became glaringly apparent with its controversial 2011 intervention in Libya, which resulted in the destabilization of much of North Africa and the effective failure of the Libyan state.

Americans by now have grown accustomed to U.S. interventionism.  Whether it is lobbing missiles into Syria, launching drone strikes in Yemen, or sending U.S. special operations forces into Somalia, we hardly even bat an eye.  It has become as normal to us as going to work.  We don’t notice the archipelago of U.S. bases around the world, and we certainly don’t pay attention to the opprobrium of the international community.

This makes Maverick a perfect twenty-first-century film.  In the fantastical world of Hollywood’s latest blockbuster, the United States could not possibly be an aggressor.  On the contrary, audiences are meant to wholly accept the justice of the U.S. mission, which is controversial only for the near impossibility of its success.  Does the United States have the right to bomb the unnamed country in the movie?  The question is never even contemplated.  Instead, audiences wonder, will the pilots evade detection?  Will they make it to their target?  Will they manage to blow it up?  And, finally, will they successfully escape?

Happily, the answer to these questions is yes.  The Americans succeed, and when they do, we can’t help but cheer them on.  The best propaganda has a way of making us do that.