George Washington and the Legacy of the Flexible Cabinet

Lindsay M. Chervinsky, Ph.D. is a presidential historian and Senior Fellow at the Center for Presidential History at Southern Methodist University. She is also the author of The Cabinet: George Washington and the Creation of an American Institution, newly out in paperback, and can be followed on Twitter @lmchervinsky. 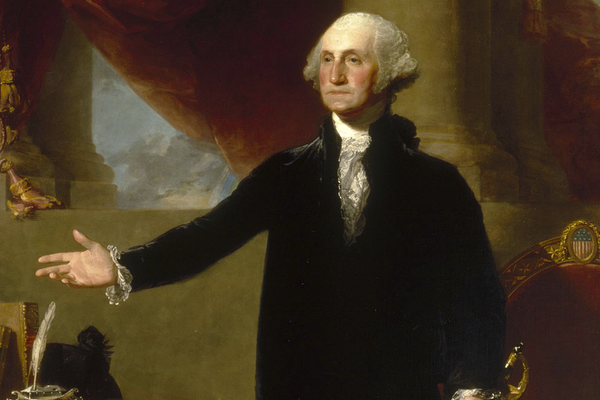 The last few years have demonstrated just how much of the presidency isn’t written down. The transition from Donald Trump to President Biden did not spark significant statutory reform that altered the written confines of the executive branch. And yet, the presidency looks and feels very different based on the person in power and the customs and norms that surround the Oval Office. The cabinet is the best example of how unwritten rules govern the presidency, all thanks to a precedent established by George Washington.

The Constitution provides two options, both in Article II, for the president to obtain advice and support. First, the president shall receive the advice and consent of the Senate on treaties and foreign appointments. The delegates to the Constitutional Convention expected that the Senate would serve as a council on foreign policy and provide guidance on diplomatic questions. Second, the president may request written advice from the department secretaries on matters pertaining to their portfolios. The delegates specified written advice because they wanted to preserve transparency and responsibility at the highest levels of the executive branch. If there was a written record, Americans would know who to blame for bad policies.

Washington entered the presidency fully expecting to utilize both advisory methods. He visited the Senate for advice and exchanged written correspondence with the department secretaries. But he quickly discovered that both methods were too cumbersome and inefficient to manage the complex and fast-moving issues crossing his desk. By early 1790, Washington was inviting the secretaries for one-on-one consultations to discuss issues in their departments. That method worked for the first two and half years of his presidency.

On November 26, 1791, Washington convened the first cabinet meeting in U.S. history. Secretary of State Thomas Jefferson, Secretary of Treasury Alexander Hamilton, Secretary of War Henry Knox, and Attorney General Edmund Randolph gathered in Washington’s private study on the second floor of the President’s House in Philadelphia to discuss the diplomatic and trade relationships between the US and France, Great Britain, and Spain. Washington had discovered that some issues were simply too large and touched on too many departments to discuss with just one advisor.

Over the next several years, Washington organized almost 100 cabinet meetings. 1793 marked the high-water point of cabinet interaction, as the cabinet met fifty-one times to try and keep the US out of an international conflict between Britain and France. Washington called cabinet meetings to obtain political cover for controversial decisions, to build consensus within his administration, and to request advice when faced with a particularly tricky decision.

Toward the end of Washington’s administration, he turned away from cabinet meetings, summoning the secretaries together just a handful of times in his final years in office. The president never revealed why he gathered the cabinet less at the end of his administration, but evidence suggests that he didn’t trust the replacement secretaries as much as the original team he had assembled.

Whatever his motivation, Washington’s decreased reliance on the cabinet had important ramifications for the development of the institutions. By sidelining the cabinet, Washington ensured that the secretaries did not have an institutional right to participate in the decision-making process. They could offer their advice, but they couldn’t demand that the president invite them into the room where decisions were made or insist that the president listen to their opinions. Instead, Washington established a precedent that each president gets to decide for themselves how their cabinet will work. They get to choose their closest advisors, determine when to request input, and select which advice to follow. These relationships—whether they be cabinet secretaries, congressmen, former colleagues, friends, or family members—mostly take place outside of congressional and public oversight.

That legacy has shaped the presidency since Washington’s retirement in 1797. The flexibility of the cabinet presents an incredible opportunity for presidents capable of harnessing and guiding the often-larger-than-life personalities contained in the cabinet. For example, Abraham Lincoln crafted an administration of his Republican Party primary rivals, former Democrats, northerners, and residents of border states to ensure all elements of the Union were represented. He then carefully cultivated and managed respectful relationships with each secretary, while retaining the power for himself to always make the final decision.

Franklin D. Roosevelt also embraced the flexibility of the cabinet and routinely tasked secretaries with similar responsibilities, pitting them against each other to achieve the best outcome. While unorthodox, this approach worked for FDR, and he remained firmly in control of all aspects of his administration.

Cabinet flexibility, however, also presents incredible peril for presidents that fail to manage the conflicting egos and ambitions in the cabinet. When he took office in 1809, James Madison unwisely retained much of Thomas Jefferson’s cabinet and then largely left them to their own devices to manage their departments. Many of the secretaries didn’t respect or obey Madison with the unswaying devotion they had offered to Jefferson and intra-cabinet squabbles undermined the administration. 100 years later, Warren G. Harding also over-delegated authority and blindly trusted his cabinet secretaries, leading to rampant corruption across the executive branch. While more recent scandals have somewhat eclipsed the many Harding administration crises, his administration is still synonymous with corruption.

The cabinet remains at the heart of any administration and is critical to a president’s success. Indeed, these examples of cabinet successes and failures reveal that the cabinet is the best way to examine an administration. If a president can turn the flexibility of the cabinet to their advantage, they can employ the cabinet as effective public communicators, liaisons to Congress, and advocates for their policies. However, if a president is undermined by scandal, tensions, or fractures within the cabinet, the administration will rarely achieve any of its objectives. As a result, the cabinet is perhaps the most underappreciated and important of Washington’s legacies.