It's Time to Confront Special Privilege in Admission to Elite U.S. Colleges

Dr. Lawrence S. Wittner is Professor of History Emeritus at SUNY/Albany and the author of the satire What’s Going on at UAardvark? (Solidarity Press). 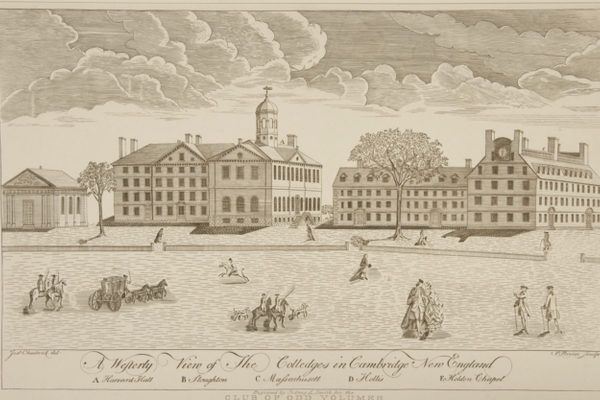 Although a major scandal erupted in 2019 over bribery and other fraudulent practices used by wealthy Americans to secure their children’s admission to elite colleges, the affluent continue to benefit from other kinds of special admission policies that are perfectly legal.

Consider the fact that, according to a recent study, only about 57 percent of Harvard’s white students were admitted on the basis of academic merit.  The other 43 percent received special treatment because their parents had made large donations to Harvard, or they had parents who had graduated from the school (“legacy admissions”) or taught there, or were recruited as athletes.  Without this preferential status, some three-quarters of them would have been rejected in the intense competition for admission.

Actually, a preferential status for the privileged has long been a tradition in the top ranks of American higher education.  During their first decades, elite colleges considered only wealthy white students as worthy of admission.  Even by the end of the nineteenth century, their campuses were populated primarily by graduates of private high schools.  In the early twentieth century, worried administrators, anxious to limit the number of Jews and other new immigrants, leaned increasingly upon legacy status, family donations, and athletic recruiting.

I had a vague sense of these priorities when, from 1958 to 1962, I was a student at Columbia College.  Founded in 1754, this male undergraduate school provided the core of Columbia University, which grew up around it.  Composed of about 2,000 students, the college was a part of the prestigious Ivy League, and the ideal, promoted by the administration, was “the well-rounded man.”  This term had a rather patrician, inbred ring to it, and certainly didn’t describe me or most of my college friends, who had attended urban public schools, came from modest economic circumstances, were devoid of athletic skills, and lacked family connections to the institution.

Nevertheless, while a Columbia undergraduate, I noticed features that suggested a disturbing hierarchy in admissions.  A lot of my classmates had attended fancy prep schools, and still others were experienced athletes who ended up as relatively dim stars in the school’s lustrous intellectual firmament.  Furthermore, the vast majority of Columbia’s students were white.  My entering yearbook (The 1962 Directory), which displays pictures of virtually the entire freshman class, shows only five students who are clearly Black.  At the time, college admissions applications required a picture of the applicants, a handy tool for screening out those considered undesirable.

Things began to change a bit—though not much—in 1970, when I was teaching history at Vassar College.  As one of the Seven Sister Colleges, Vassar had an elite status comparable to Columbia’s, and came within a hairsbreadth of merging with Yale in the late 1960s.  Even so, the civil rights movement, the Vietnam War, and the discovery of poverty shook Vassar up, leading to pressure to move beyond its traditionally white, economically comfortable (and sometimes quite wealthy) student constituency and create a more diverse one.  As a result, a committee was charged with establishing new admissions criteria, and I was appointed to the committee.

After many committee meetings, we finally agreed upon a simple affirmative action procedure.  In the ranking of admission candidates from 1 (the best) to 5 (the worst), we would give members of previously excluded groups a plus, thus providing them with an edge over others in their rank.  At this point, though, with about 15 minutes left in the last meeting, the admissions director announced, rather casually, that the guidelines would, of course, continue to give a plus to children of Vassar graduates!  I immediately objected, pointing out that this would reproduce the old admissions pattern.  A Black student who served on the committee agreed with me.  But we were outvoted, and traditional privileges prevailed.

It should come as no surprise, then, that, even as affirmative action has increased the number of students of color at America’s elite colleges, older patterns of favoritism have continued.

This is particularly true when it comes to the children of the rich.  Researchers have found that the offspring of the top 1 percent are 77 times more likely to attend an elite private U.S. college than those from the bottom 20 percent.  And this is no accident.  At Harvard, top administrators repeatedly bent the school’s admissions standards to accommodate wealthy donors.  Jared Kushner’s admission to Harvard, after a desultory academic performance at his prep school, followed upon his father’s offer of $2.5 million to the university.  Of course, given inflation and the intense competition for admission, the price has risen over the years.  “You used to be able to sway an admissions office for $1 million,” remarked Mark Sklarow, the chief executive officer of the Independent Educational Consultants Association.  “Now it’s probably $10 million and up.”

Although some elite colleges no longer give special treatment to children of their alumni, most of them continue this practice.  As a result, “legacy” students—who tend to be affluent and white—constitute a substantial constituency, including 14 percent of the freshman class at Yale, 13 percent at Dartmouth, and 10 percent at Brown.  At Harvard, “legacy” applicants are six times more likely to be admitted than students without this hereditary privilege.

Finally, most elite colleges continue the practice of prioritizing the admission of athletes.  This priority, like other traditional ones, lowers academic standards and—largely thanks to the fact that many Ivy League teams are situated in upper-class sports like sailing, golf, water polo, lacrosse, and fencing—contributes to the admission of large numbers of white, affluent students.  As a Harvard faculty member noted, the athletic preference is “blatantly privileging already privileged groups.”

Overall, it's clear that merit-based admission at the nation’s best colleges will not be secured while these kinds of priorities remain in place.