The Trouble with Truth, Reconciliation, Peace and Friendship Treaties: Indigenous Land and Resource Rights Among the Mi’kmaq

Rachel Herrington (She/Her/Hers) is a PhD Candidate at the University of Kentucky. She focuses on 18th and 19th century global environmental history and has taught European history surveys, world history, writing, rhetoric, digital information courses, and upper-level courses related to indigenous communities and commons enclosure in the Scottish Diaspora. 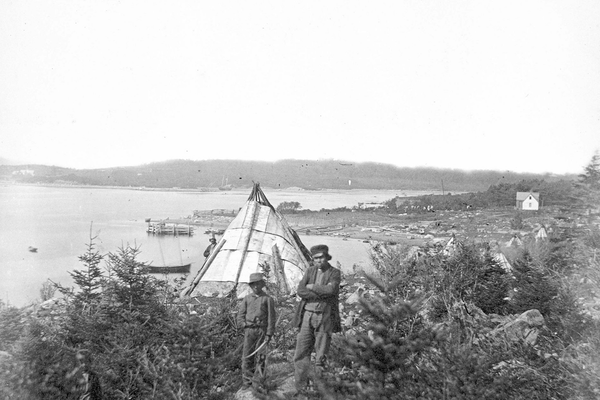 Canada has celebrated Treaty Day on October 1st since 1986. However, for the first time in Canadian history Truth and Reconciliation Day was inaugurated on September 30th, 2021. These commemorative dates along with the recent Indigenous People’s Day bring the Canadian government’s treatment of the Mi’kmaq First Nations into sharp focus. Slogans such as “Honor the Treaties” and “Every Child Matters” printed on orange shirts and chanted by protestors bring attention to these historical events. The so-called Peace and Friendship Treaties are a collection of documents granted to the Mi’kmaq First Nations in the Atlantic Maritimes in the 18th and 19th centuries. According to the Union of Nova Scotia Mi’kmaq, Treaty Day has “confirmed the unique relationship which exists between the Mi’kmaq and the Crown, an agreement which is further maintained within the Covenant Chain, a series of interconnected treaties of mutual consent.” Due to their lack of implementation, consistent misrepresentation, and government-biased interpretation of their contents, they have unfortunately brought neither peace nor friendship.

Beyond the new yearly celebrations, the dark legacy that underlies these treaties is bound up in the government’s refusal to honor a fundamental principle: commoning systems. You will not find the words commons, commons systems, or enclosure in the Peace and Friendship Treaties. However, environmental historians would be quick to point out that most agreements between indigenous peoples or marginalized communities in settler colonial contexts address the issues of resources, access to land, and usage of any resources found within the area in question. These treaty agreements are often ways of limiting or explaining the boundaries of commons and the activities involved with, in, or on these commons.

As abstract as it sounds, commoning is old, traditional, and practiced by all humans on every continent. The problems arise when these commons systems are enclosed or privatized, and restrictions are placed on communities such as the Mi’kmaq. For example, in October 2020, non-native fishermen committed violence against the Mi’kmaq due to that First Nations’ government-sanctioned fishing rights in the Eastern Canadian Maritime region and recently again the Department of Fisheries and Oceans have denied Mi’kmaq fishers the rights to fish whenever the need arises for a moderate livelihood.

The language in Peace and Friendship Treaties remains clear. There were provisions for indigenous land, resource usage, and a strict code regarding treatment of the Mi’kmaq in the Canadian Maritimes. One example is the 1763 Proclamation by King George III, in which he clearly stated the colonial position in its dealings with the Mi’kmaq in British North America. After outlining the significant geographical area covered, the King blatantly declared that colonial Europeans were not to grant lands or pass patents upon any lands to others which had not been ceded or purchased previously—this meant a control on encroachment and an admission by the Crown that there were large tracts of land in the Canadian Maritimes stretching into the east coast of the present United States that were protected by the laws of the British king. The Proclamation also included that those lands which had not been ceded or purchased to be left to the First Nations as their own hunting grounds--a protection of the hunting commons and those traditions associated with it. This royal proclamation was an instruction to the non-native British officials to respect the indigenous people and their land rights or in other words, the Mi’kmaw commoning systems.

The Mi’kmaq were in no doubt about where they had territory and to what resources they had access. Mi’kmaw maps showed the place names connected to precious raw materials and who resided in those areas such as places on the map named Wild Potato Area and Skin Dressers Territory. As far back as the 17th century, Europeans were exploring, encroaching, claiming, and renaming these Mi’kmaq areas for their own use. These lands contained the provisions necessary for Mi’kmaq survival. The Mi’kmaq have lived, hunted, and gathered in the Atlantic Maritime region for millennia using their own commoning systems. Research has shown the importance of commons access as an insurance against natural catastrophes and famine.

Once these commons were enclosed the Mi’kmaq were confined on reserves and many of their cultural commons lost including their unique language. Enclosure or denial of the commoning systems contributed to the plight of the Mi’kmaq and rendered them refugees of commons enclosure. This is not a new phenomenon in environmental history. It has occurred over several centuries in Europe with the rise of surveying, private property laws, and forest laws. Other Canadian refugees of commons enclosure due to settler colonialism include the expulsion of the Acadians and the arrival of Scottish immigrants from the Highland Clearances.

Two landmark cases tested the courts’ interpretation of the Peace and Friendship Treaty language associated with Mi’kmaw commons rights: The King v. Gabriel  Sylliboy in 1928 and R v. Marshall in 1999. Woven into those treaties is the tacit right of First Nation's cultural commons because language and tradition are finely tuned to commons systems and ways of commoning. Unfortunately, Sylliboy lost his case in 1928 with the judge ruling that the King’s original proclamation was not meant to cover later events such as those brought by Sylliboy. Sylliboy’s case did, however, show the First Nation’s right to their land and community resources. The rights included those on unsurrendered lands and extended to gathering and harvesting even on land previously surrendered. The case put the questions of unceded land fully in the Confederation’s spotlight. The amount of unceded territory incorporates huge areas such as the entirety of Prince Edward Island. The areas now set aside for reserves are minute in comparison to their original territories.

In 1999 the courts upheld Marshall’s right to fishing and hunting commons. The court’s decision to finally interpret the original commoning system rights laid out in the Peace and Friendship Treaties showed that the Mi’kmaq retained jurisdiction within the Confederation. However, critics believe those rights to commoning do not extend to many activities associated with moderate livelihood or are seen as unsporting. Some of these include fishing outside of seasons set by the DFO or hunting with spotlights. The battle continues.

Recent news and discovery of burials has brought to light to mistreatment of indigenous children in government supported residential schools including the enforcement of a government-sanctioned program to send Mi’kmaq children to residential schools which equated to an erasure of the Mi’kmaq cultural commons.  For the Mi’kmaq it brought back memories of the egregious acts set forth in Cornwallis’ proclamation which promoted the scalping of the Mi’kmaq in the 18th century. One equated to an eradication of the Mi’kmaq people and the other was an erasure of Mi’kmaw memory and traditions.

The long arm of history continues to reach into the present. Mi’kmaq fishers are targets of violence in the form of arrests and property damage, their lands remain unceded without commoning rights, and the Mi’kmaq are trying to reclaim their cultural commons through traditional events and public awareness campaigns such as those seen with last week’s inaugural Truth and Reconciliation Day and the continued celebration of Treaty Day.