Canada is Going through its Own History Wars

Ian Rocksborough-Smith is an Assistant Professor at University of the Fraser Valley. 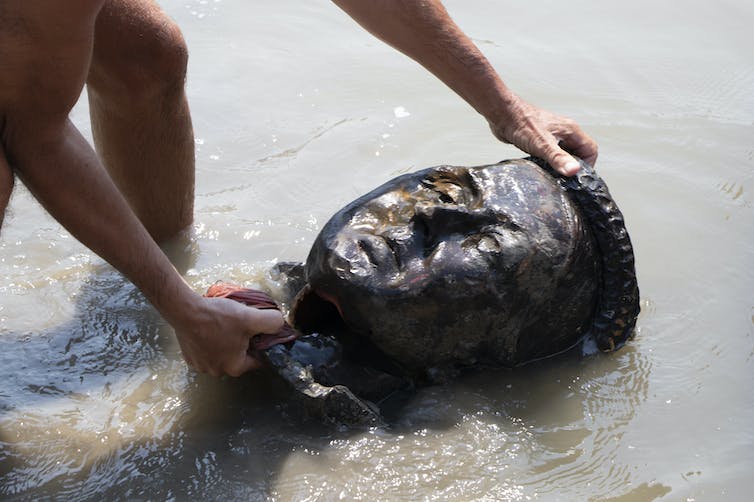 A man fishes the head of a statue of Queen Victoria from the Assiniboine River in Winnipeg. Her statue and a statue of Queen Elizabeth were toppled and vandalized on Canada Day. THE CANADIAN PRESS/Kelly Geraldine Malone

History students across Canadian universities want to see a better world. They are passionate and deeply concerned about social injustice and how they might study a more inclusive past. I should know. I’ve got many of them in my classes.

But in order to get there, we need to avoid getting into what some historians call the “history wars.” As political scientist David B. Macdonald writes, these “wars” are “debates over collective memory within a national territory” in settler colonial societies like Canada and the United States. They can devolve into uncontrollable ideological, ethnic and generational divisions.

Recent movements against institutional racism in both countries highlight considerable opposition to traditional public representations of national pasts. People are openly questioning whether Canada should have statues of Indian Residential School architects, while in the U.S. monuments to Confederate generals and Christopher Columbus are being torn down in great numbers.

Movements that challenge former national icons demonstrate the importance of history-making in an age of racial reconciliation. To what degree will well-established professional historians and scholars respond and engage with younger generations of activists, intellectuals and cultural workers adamant about centring the experiences of marginalized people?

In the U.S., a popular Pulitzer Prize-winning account of slavery in America published by the New York Times called “The 1619 Project” said nothing new, and repeated what most people already know: that racial slavery was foundational to U.S. history.

The project did little to see racial slavery in its larger Atlantic world contexts and looks mainly to the shores of Virginia after the first Blacks arrived in Jamestown in 1619. It also does not engage a larger body of scholarship that attests to the material formation of race and class consciousness led by pioneer Black scholars like Barbara J. Fields and Nell Irvin Painter.

Despite all this, “The 1619 Project” is decent popular history. It comprises a series of accessible print and media curated to underscore the centrality of African American history to America’s past. It charts connections between racism, white supremacy and the lived experiences of systems of incarceration, violence and poverty that so many Black Americans have faced. 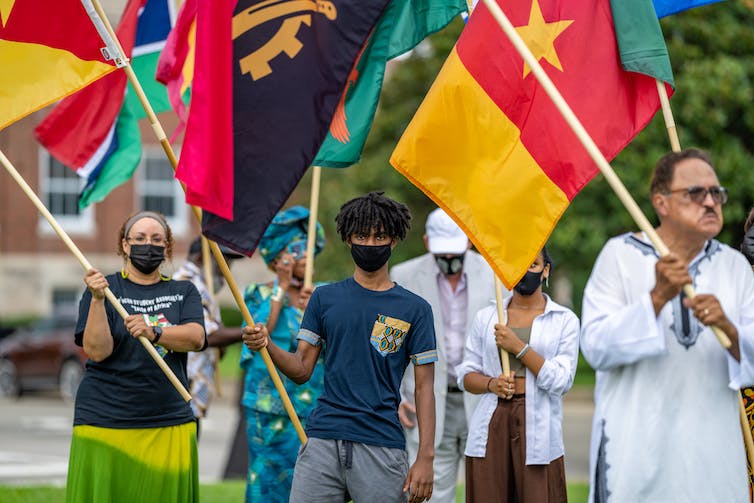 An event at Fort Monroe commemorating the first arrival of enslaved Africans in 1619 took place in Hampton, Virginia on August, 2021. (Shutterstock)

Unfortunately, the reaction to “The 1619 Project” has become overly dismissive and included not only the predictable right-wing pundits who seek to ban its use in public education, but a cohort of mostly white liberal academics who fundamentally question its accuracy.

This latter group penned an open letter to the New York Times when the project was first published in 2019. It was hard not to read their vehement opposition to the project as concern over how their academic legacies might be eclipsed by this new appreciation for popular understandings of racist pasts.

The opposition has focused largely on claims that American colonists were primarily motivated by a desire to preserve racial slavery during the Revolutionary War for independence.

Canadians have their own history to deny

Canada seems to have developed a parallel debate that is equally charged. At a time when truth and reconciliation and the realities of ongoing traumas created by the Indian Residential School system are front and centre, the genocidal scope of Canada’s past is an avenue for denialism.

This past summer after the graves of hundreds of missing Indigenous children were found (and continue to be found), the Canadian Historical Association’s governing council, representing Canada’s largest body of professional historians, issued a “Canada Day” statement. It conveyed how the historic treatment of Indigenous Peoples in Canada was, by the definition created by the United Nations in 1946, a genocide (cultural and physical) and that the historical profession has been complicit in this denialism. 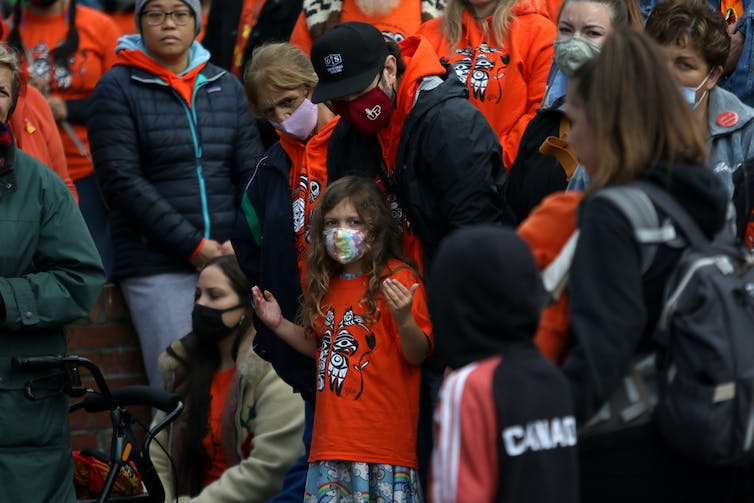 In response 53 signatories, most of them not at the time active members of the historical association, questioned the statement in an open letter published by the Dorchester Review (as well as reported on by publications like the National Post). It was insisted by these 53, nearly all white, mostly male anglophone and francophones, that the issue of “genocide” in Canada “represents a lively debate amongst scholars.”

Hope in the next generation

As in the U.S., it remains to be seen what the outcome of these history wars (or should I say “historian’s wars”) will ultimately result in. Thus far, in Canada it seems the National Post is echoing fringe right publications and leading the mainstream discourse that seeks to prop up triumphant nationalist stories while downplaying and even denying interpretations of genocide.

It’s possible the growing interest in better understanding history to solve present traumas might suggest we are witnessing a change in Canadian and American public consciousness to fundamentally shift how North American (Turtle Island) pasts are conceived. Are future historians going to think about how popular and academic histories might interact to foster a more just future or will such engagements merely short circuit once they make it to the echo chambers of online discourse?

Beyond the sordid “history wars” of today, these seem to be foremost among the challenges for the next generation of scholars. As an instructor of both national pasts, I feel hopeful about this challenge.

This is a corrected version of a story originally published on Oct. 11, 2021. The earlier story attributed limiting The 1619 Project’s work to the wrong Peter Wood.