Words of Warning: Many Opposed the Afghanistan Invasion in 2001

John Bodnar is distinguished professor emeritus of history at Indiana University and the author of Divided by Terror: American Patriotism after 9/11 (Univ. of North Carolina Press, 2021). 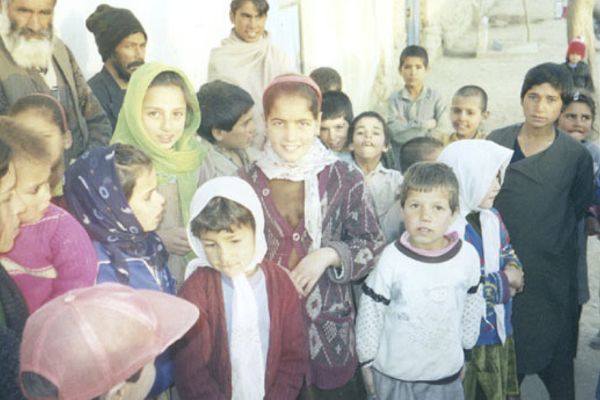 The current debate over the American departure from Afghanistan has focused attention on the mistakes of presidents and national policymakers and the chaos of getting out of that distant land. Warnings made twenty years ago about the pitfalls of attacking Afghanistan remain closeted somewhere in the distant past. Less than one month after al-Qaeda flew planes into the Twin Towers in New York, George W. Bush moved quickly to secure authorization from Congress to take military action against any “nations, organizations, or persons” that were determined to be linked to the 9/11 attacks. Only Barbara Lee, a representative from California, voted against the measure, sensing that the resolution was simply too vague and would allow for attacks on any country or enemy anywhere.  Public opinion was all in on Bush’s plans.  A Gallup poll in October 2001 reported an approval rate for an assault on Afghanistan of 88%.

Although antiwar sentiment was minimal at the time, it was forceful and often cast within a humanitarian framework that challenged Bush’s own appeals to higher morality.  In a speech at the National Cathedral three days after 9/11, the president cast the incipient war on terror as a crusade to “rid the world of evil” and asked for divine guidance as he decided on the actions he would now take.  Peace groups such as the American Friends Service Committee quickly challenged the president’s intentions and called for a “higher form of patriotism” more resistant to war and brutality.  Pax Christi, a Catholic peace organization, sent a letter to Bush in November 2001, explaining why it stood against the move into Afghanistan.  It argued that bombing raids and ground attacks, especially the use of cluster bombs that killed indiscriminately, were creating a humanitarian disaster.  The group insisted that war only begets more war and would not address the root causes of terrorism which they believed to be found in despair and exclusion. “We cannot use God’s name to justify the recourse to violence,” they argued.  Several months later the U.S. Catholic Bishops issued a pastoral letter that condemned the government’s “indiscriminate attacks on innocent people.”  The prelates offered prayers for Americans asked to risk their lives in Afghanistan but felt “national leaders” should bear a “moral burden” to explore nonviolent responses to the problem of terrorism.

Opposition from peace groups was to be expected.  Resistance from Americans who lost loved ones on 9/11 was much more surprising.  Upon hearing Bush mention her brother’s name in his speech at the National Cathedral, Rita Lazar decided to write to the New York Times.  Her sibling had died when he remained behind in the towers to help a wheelchair-bound friend.  Bush had referred to his selflessness in his address.  Lazar’s point to the Times was that she hoped that the nation was not so deeply hurt that it would “unleash forces we will not have the power to call back” in “my brother’s name and mine.” David Potorti, who also lost a brother in the terror attacks, expressed regret over hearing radio-talk programs calling upon America to bomb “them.” He recalled that that his mother grieved so much over her son’s passing that she did not want anyone else to feel the pain that she did.  Darrel Bodley, whose daughter Deora died on Flight 93 when it crashed in Shanksville, Pennsylvania, told a reporter that “we must not retaliate in kind as if our cause allows us to.” He was concerned that the United States would mimic the ideology of the terrorists by unleashing violence because it thought it had God on its side.

Phyllis and Orlando Rodriguez were also devastated by personal loss on 9/11 but still rejected the idea of a violent reprisal.  They worried that the death of their son Greg and others would be used as a rationale to start a war in Afghanistan.  They did not want anyone anywhere to experience the misery they felt.  Just three days after the 9/11 assault on America they circulated an email on the Internet entitled “Not in Our Son’s Name.” They wrote about the experience of sharing their grief with their son’s wife, friends, neighbors, and colleagues.  Instead of retribution, they insisted there be no more suffering or dying in the name of their lost child.

The couple even wrote to Bush. They let him know that their son had died at Ground Zero in New York and that they had read about Congress giving him “undefined power” to respond to terror attacks.  “Your response to this attack does not make us feel better,” they asserted, “it makes us feel worse.” They made it clear to Bush that they did want him to take any actions that would bring pain to parents in other lands in Greg’s name. For them this was not the time for America to act as a bully.  They pleaded that Bush develop peaceful solutions to terrorism that would not sink us to the inhuman level of terrorists.

Some war resisters went beyond expressing their views and took specific actions. In November, 2001 the group September Eleventh Families for Peaceful Tomorrows was formed by people who had suffered the loss of loved ones on 9/11.   Convinced that a global war on terror would not eradicate the root causes of terrorism and extremism, they preferred America look for “life-giving” responses to the attacks rather then simply submit to emotions of fear and anger.  Speaking for the group, Potorti explained that they drew their title from a 1967speech by Martin Luther King on the Vietnam War in which the civil rights leader asserted that “wars are poor chisels for carving out peaceful tomorrows.”  In 2002 a delegation from Peaceful Tomorrows went to Afghanistan and visited homes of families directly harmed by American bombs.  They wanted to raise awareness of the human toll the American attack was taking on guiltless people in Afghanistan, in contrast to the vast public attention directed toward the American victims of 9/11.  They met children whose homes were destroyed, who were not able to sleep because of nightmares, and who stopped talking completely.  At the end of their tour, they issued a public rebuke of American media outlets that had referred to the bombings as “bloodless” and a “flawless use of sophisticated weapons.”

In a climate of war-fever that permeated the autumn of 2001, many Americans attacked Peaceful Tomorrows and others who called for a more restrained American response to 9/11.  One irate citizen wrote to the group calling them traitors or “Jane Fondas for the Millennium.”  Another offered condolences to members for their personal losses but castigated their “liberal, victim position” as “pathetic” and felt they should have their citizenship revoked.  And another called them “chicken shit morons” who were “killing this country” by refusing to support a forceful response to terrorism.

Today Americans worry over the humanitarian crisis at the Kabul airport.  But they mostly forget the one that transpired over a period of two decades and led to the death of some 150,000 Afghans in a war to eliminate evil from the world.  The crisis today is real but so was the one they were warned about two decades ago, when most of them were not listening.