What Can We Learn from Historians vs. Malcolm Gladwell?

Gregory A. Daddis is the USS Midway chair in Modern US Military History at San Diego State University and author of Pulp Vietnam: War and Gender in Cold War Men’s Adventure Magazines. 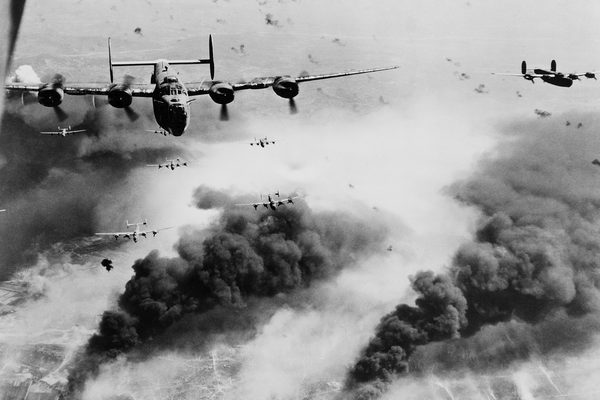 For most of us in the academic profession, the search for some “truth,” whether it be scientific or historical, arguably matters most. Malcolm Gladwell, however, would have us believe our success lies in being interesting, if not entertaining. But in making such a case, especially in a political climate where “truth” these days is such a contested term, Gladwell is creating a false dichotomy that propagates a dangerous indifference to the facts.

Of course, Gladwell’s medium is entertainment, even if his writings and podcasts are pitched as informative and educational. His first two books, The Tipping Point and Blink, were enormously successful and delved into popular science and psychology, topics that sought to explain, in part, daily human behavior. Indeed, his widely admired podcast “Revisionist History” often centers on individual stories intended to evoke an emotional reaction. I’ve assigned the episode “Saigon, 1965” in my courses on the American war in Vietnam for that very reason.

Gladwell’s new foray into history, however, has elicited harsh criticism from scholarly experts across the discipline. In The Bomber Mafia, Gladwell set out to understand Americans’ approach to strategic bombing during the Second World War. By many accounts, he failed, quite miserably. While New York Times reviewer Thomas Ricks described the book as a “a kind of love song to the United States Air Force,” critics hammered Gladwell for his misrepresentation of the historical record.

Historians David Fedman and Cary Karacas, who co-direct a bilingual digital archive on the strategic bombing of Japan during World War II, thought The Bomber Mafia bordered on “reckless.” Not only did the book fail to “withstand serious scrutiny,” Gladwell apparently “embellished at every turn.” Writing in The New Republic, Colin Dickey equally lambasted the book as a “retrospective appraisal,” one not grounded in archival sources, that came to an “utterly baffling conclusion.” In one final example, professors Aaron William Moore and Ran Zwigenberg, two specialists on the air war in the Pacific, found Gladwell’s argument “as simple as it is frustrating,” a “myth” supported by “willful ignorance.”

Perhaps it was no surprise then that “big thinker” Gladwell went on CBS Sunday Morning recently to defend his work, in a rather indirect manner. While never mentioning these criticisms, Gladwell discreetly touched upon them, noting that, as a writer, he “would rather be interesting than correct.” To the bestseller, “judgments about correctness are made after the fact.” Gladwell in effect was saying that it was up to others—presumably, in this case, historians—to figure out the “truth.”

Military history colleagues of mine were aghast on social media. “Really? Leave history to professionals then. Disgusted...” one seethed. A historian who teaches at the Air War College in Montgomery, Alabama judged Gladwell “lazy” and “irresponsible,” adding “I expect to see this one being touted around the AF [Air Force] with terrible consequences.” Yet another deemed him a “famous outsider who doesn’t do the work” and “deserves scorn and ridicule.”

From one perspective, Gladwell seemingly wants to have it both ways. He appears to enjoy the popularity of being a “media mogul,” in CBS correspondent Kelefa Sanneh’s words, yet perhaps also covets the respect and admiration of a serious scholar and historian. And, if we are honest with ourselves for a moment, who within academia does not equally desire popularity (and book sales) coupled with approval from their peers?

As a military historian, I have read more than my share of micro-tactical analyses that, while no doubt accurate, left me woozy with the details of which soldier in which battalion fought with which kind of weapon on which particular plot of land on some distant battlefield. So too have I witnessed colleagues speak, perchance enviously, of journalist turned “popular historian” Rick Atkinson, who achieved wild success with his Liberation Trilogy on World War II. Apparently, the divide between academic historians and “populizers,” like Atkinson and David McCollough, is enough to cause “exasperation” among the professoriate.

But should we disparage Gladwell for wanting to be interesting, even entertaining? Isn’t he correct in maintaining that “A writer’s job is to be interesting…to raise questions that need raising”? How many dry monographs fill the catalogues of university presses, their accessibility and thus social impact limited by wearisome prose and jargony composition? Truth be told, I once elicited editorial ire myself for replicating the acronym-laden official correspondence of the US Army in Vietnam.

But here’s the rub. Scholarly endeavors can’t be driven by the pursuit of entertainment alone. In my historiography courses, I still rely on Marc Bloch’s classic The Historian’s Craft. Bloch, who had an interesting background himself, likened historians to police magistrates reconstructing a crime they had not seen. To Bloch, even the most naïve policeman knew that “a witness should always not be taken at his word.” Nor should historians “accept all the historical evidence blindly.” The whole point of the process was achieving some level of “truth synthesis.”

Historical “truths,” of course, can be contested. Just look at the byline for Ken Burns and Lynn Novick’s recent documentary The Vietnam War: “There is no single truth in war.” Still, the search for that truth matters. Especially now. In our current political moment, where my discipline of history is contested space, it is imperative that we strive to be correct, rather than simply interesting.

Moreover, in the specific case of studying the role of airpower at professional military education schools, being correct matters mightily. My Air War College colleague’s students don’t have the luxury of being “incorrect” when it comes to strategic bombing or dwelling lightly on the consequences of decisions that may kill thousands of people. These subjects carry weight for military officers who are forced to make moral and ethical calculations in real life. Being interesting for them (and their professors) is far less important than being correct.

But it is beyond teaching Air Force pilots where Gladwell’s false dichotomy edges toward being dangerous. Civic responsibilities are in play as well. Patriotic stories often are interesting, purposefully so, but frequently provide only a veneer of factual history. Current debates unfolding in Texas are illustrative here. The myths surrounding the 1836 battle at the Alamo, especially if they involve John Wayne, are no doubt entertaining. But recent serious scholarship argues that these myths leave much out, particularly Texians’ relationship with slavery in the early 1800s. If we are not being truthful in telling our story, of wanting to be “correct,” then our collective history ultimately becomes a tale of fiction.

Thus, Bloch’s inspector should be our goal, not Gladwell’s entertainer.

And considering the example of fictional investigators from Perry Mason to Nancy Drew, perhaps we can be—should be—both. Given today’s political environment, it seems imperative for academics to find an equilibrium, in both our nonfiction scholarship and our approaches to teaching, that balances being interesting with the pursuit of being correct.