India's COVID Crisis Has Roots in its Colonial-Era Tax Structure

A freelance writer specializing in Indian history and politics, Roderick Matthews studied history at Balliol College, Oxford. He is the author of Peace, Poverty and Betrayal:
A New History of British India (Oxford University Press, 2021). 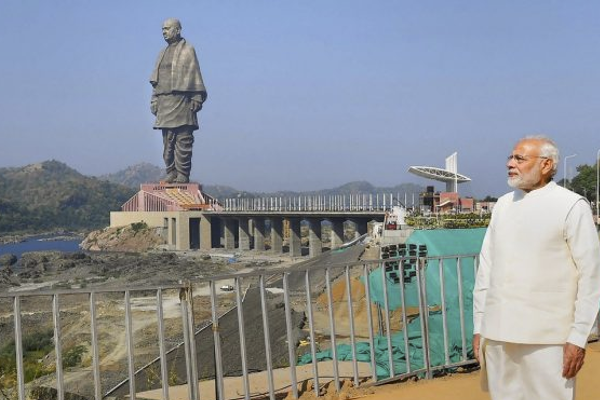 So what does the current health crisis in India have to do with the British Raj? Quite a lot as it turns out. But to understand the connection, we need to rid ourselves of two preconceptions about Indian history.

The first, put about by Indian nationalist historians, is that the British Raj was heavily extractive. The second, made popular by Congress Party leaders, is that India is a socialist country. Once free of these two myths, we can trace the historical link between taxation and India’s current healthcare problems.

After 1857, the British government in India was permanently cash-strapped. The bill for supressing the Uprising proved enormous, and a search for funding followed, in parallel with a desire to recruit local support. Investment in infrastructure to generate revenue and enhance popularity was considered a good idea, but where was the money to come from? Borrowing was difficult, even dangerous, for multiple reasons, and taxation was a sensitive issue. Liberals within the Raj were uncomfortable about taxation without representation, and didn’t like to interfere with markets and free trade; conservatives didn’t like the idea of taxation at all and queried the need for popularity. Eventually the only uncontroversial expenditure after 1857 was on the army, at levels that often approached fifty per cent of government revenue. But this was still a relatively small amount; the colonial state never disposed of more than around 15 per cent of GDP.

Taxation of various kinds was imposed and abolished to meet emergencies, but the prudential constant was that agricultural incomes – the main source of wealth in a pre-industrial economy – remained tax exempt. The government’s income came primarily from the middle and lower classes, via excise and indirect taxes.

This was pure political cowardice. The one really well-developed taxation structure in India was the Land Revenue system, inherited from the Mughals. It touched every landholder in the country, and was awash with accurate data. But by the late nineteenth century, the landlords were the main political prop of the Raj, and it was considered unwise to provoke the ‘natural leaders’ of society. This policy remained in place till 1947.

And did India’s landlords choose to tax themselves after independence? No: there was no one to force them. Around 70 per cent of India’s first members of parliament were large landowners, most of them in the Indian National Congress. But under the leadership of firebrand socialist Jawaharlal Nehru, wasn’t the Congress a socialist movement? No, it wasn’t.

There has been a long-standing assumption among left-leaning academics that a mass movement for national liberation must be a socialist movement. The poor constitute a majority in any society, so a mass movement must be comprised of the poor, and they must want redistribution of wealth. So goes the reasoning.

But this is not what happened in India. The Indian National Congress was never a socialist party. It is better understood as a national alliance for self-government; it had a thin policy offer, which was a product of constant compromise. Congress tried to be all things to all Indians, in order to be an effective national movement. Inclusivity was always the priority, not the details of post-independence programs. The Karachi Resolution of 1931, which was Nehru’s baby, was as socialist as the movement ever got, and its text didn’t mention the word socialism.

The Congress Socialist Party, founded in 1934, was only an in-house pressure group, and Nehru never joined it. After independence, the socialists left the Congress en masse in 1948. Nehru was a self-proclaimed socialist, but he became the post-independence leader not because he was the ideological embodiment of the Congress, but because Gandhi believed him to be the best man to handle the process of demission with the British.

Very few other leading Congress figures were socialists. Gandhi wasn’t, and the number three in the Congress pantheon, Sardar Patel, definitely wasn’t. In fact, it is Patel, India’s first home minister, whom Narendra Modi has chosen to commemorate with a statue so tall it can probably be seen from China (where much of it was made). Patel, the iron man of the Congress, is now the composite material man of the BJP, because he was a religious, social conservative. Nehru’s legacy of seventeen years as prime minister was a dirigiste economy and a commitment to democracy, not socialism.

Indira Gandhi dabbled with socialist polices between 1970 and 1975 – nationalising banks, abolishing the princes’ privy purses – but never again. The most truly socialist prime minister India ever had was Chandra Shekhar in 1990-91, but he only managed to last five months at the head of a minority government during a time of acute national crisis.

India currently self-identifies as a socialist country because in 1976 the 42nd Amendment added two words to the preamble of the Constitution, turning India into a ‘sovereign, socialist, secular, democratic republic’. But where is the substance? India’s Electoral Commission requires that all political parties must accept the Constitution. So, recalling Henry Ford, you can have any kind of politics you like in India, as long as it’s socialist.

Is this anything more than window dressing from a bygone era? India does not have collectivised agriculture, and the government has been backing away from running industry since liberalization in the 1990s. More telling is the continued survival of the colonial era tax exemption for the rural rich. Indeed, there is a persistent and unchallenged aversion among India’s wealthier classes to submit to any kind of serious taxation regime.

Only about 10 per cent of Indians pay income tax, and Narendra Modi, like others before him, remains as reluctant to tax rich Indians as ever the British were. He recently raised the threshold for income tax to about three times average income.

Bluntly put, no state can be run on socialist lines if the government disposes of only about 12 per cent of its GDP. This is where India has been for a long time, at a level that broadly matches the Raj. The defence budget has shrunk, but India spends about five times more on agriculture and ‘rural development’ combined than it does on health. Politicians pour money into inefficient agriculture in a bid to buy votes from the rural population. Around 60 per cent of India’s people still live on the land; more than 80 per cent of them are poor. And in a democracy, the votes are where the people are. You do the political math.

India’s government spends about 1.3 per cent of GDP on healthcare, with the private sector topping up the figure to somewhere around 3.5 per cent. This is barely adequate in normal times – the UK’s version of socialised medicine eats 10 per cent of the national cake – but it is woefully short in a time of pandemic. India suffered terribly under British management in the great influenza pandemic of 1918-20, losing up to twelve million lives. A century on, the same barebones health provision may exact another terrible toll.

India’s socialism has always been for the poor; the rich have made their own arrangements, as they learned to do under British rule. And it is the poor who will suffer most as the coronavirus rages on.