“Not Your Fetish”: Protesting Racism and Misogyny Against Asian American Women

Hao Zou is a freelance writer based in San Francisco. His research interests include Asian American history, immigration history, race and ethnicity, and the history of the American West. 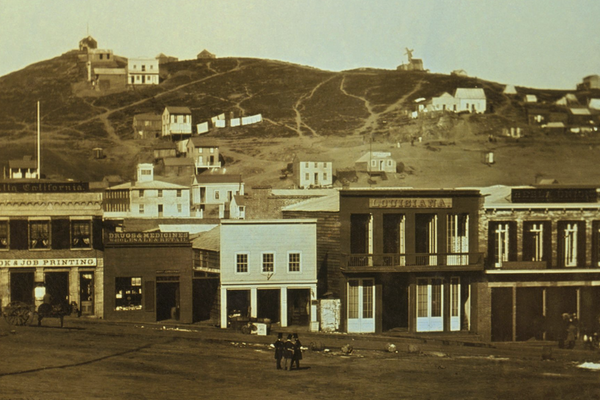 Amid surging incidents of discrimination, bigotry, and violence against Asian Americans during the COVID-19 pandemic, the deadly shootings at three Atlanta-area spas heightened outrage and fear across the country. The shock waves reverberated through the Asian American community, galvanizing nation-wide vigils and protests against anti-Asian racism. Reminiscent of the pan-Asian unity coalesced by the killing of Vincent Chin in 1982, this level of solidarity among Asian Americans in the early response to the attacks is unparalleled in the Asian American history.

Yet, dissenting voices, particularly doubts about the racist nature of the shootings and the subsequent implications on racial solidarity with other minorities, begin to bubble up. In WeChat—a popular social media platform among Chinese Americans—some pointed to the massage parlors’ possible involvement in sex trade, suggesting that the victims themselves deserved some blame. Some attributed the rise of violence to the lack of law enforcement in general. The Asian American Coalition for Education, a national organization known for its strong opposition to race-based education policies, blamed “racial divisions and toxic identity politics,” “a lack of adequate parenting,” and “broken families” among other factors in a press release.

The reluctance to condemn anti-Asian racism appears to echo the local police’s initial statement that cited the suspect’s denial of racial motivation, despite the fact that six of the eight victims were women of Asian descent. According to the police, the suspect claimed that while suffering “sexual addiction” he saw the massage parlors as “a temptation that he wanted to eliminate.” Thus, in sharp contrast to his denial of racial intent, the suspect placing the blame on the spas and Asian American masseuses for the his own sexual impulses revealed exactly a sentiment of racialized misogyny. When a female Asian protester quietly stood in a rallying crowd in Portsmouth Square in San Francisco’s Chinatown holding a large “Not Your Fetish” sign over her head, this hidden psychology was suddenly brought to light. The psychologically entangled attitudes of both racial danger and sexual temptation toward Asian women have deep roots in American history since the mid-nineteenth century.

The perception of Chinese women as immoral aliens accompanied white males’ fascination with their presumed exotic sexuality. Some Chinese brothels tailored their services and settings to attract curious white patrons. Ah Toy, “tall, English-speaking, and alluring,” was among a few Chinese madams who exploited the fascination of influential white clients to gain reputation as the most popular Chinese courtesan in San Francisco. Her exotic charm attracted white men who lined up and paid one ounce of gold just to see her face.

Stereotypes of Asian women as exotic and servile objects of sexual fetishization persisted and grew. After the Chinese Exclusion, Japanese immigrants replaced the Chinese as a major source of cheap labor in the American west. Through the examination of a popular U.S.-Japan doll exchange in the 1920s, literary scholar Erica K. Kalnay unravels the intricacy of Americans’ sexual fantasies toward Asian femininity. American popular culture also propagated racial fetishization of Asian women. In The Toll of the Sea, a 1922 silent film, Anna May Wong portrayed Lotus Flower as a docile and sexually excessive Chinese woman who was willing to give everything, including her life, to her white male lover only after finding out he could not bring her to the U.S.

Asian women were at once desired and feared. The fetishization of Asian women stood in stark contrast with the prevailing yellow peril trope in the early twentieth century resulting from the perceived growing threat of Japanese immigrants. The racial fear arose from not only the economic threat due to labor competition, but also the family formation of unassimilated aliens that presented sexual danger to the American racial purity. To preserve the ideal of American homogeneity, the Immigration Act of 1924 consequently barred all Asian immigrants from entry except for the Filipinos, who were later subjected to severe immigration restrictions in 1934.

During the Cold War era, militarized U.S. foreign policy in Asia provided space and conditions under which U.S. soldiers perpetrated violent sexual exploitation of Asian women. Camptowns near U.S. military bases in Philippines, Korea, and Vietnam thrived on prostitution. From the 1950s to the 1970s more than one million Korean women provided sex services to U.S. servicemen in Korea. Although despised as fallen women by the Korean society, these military prostitutes functioned as instruments to serve the sexual demands of U.S. soldiers who in turn protected the security interests of both countries.

Sexual violence against Asian women committed by U.S. soldiers intertwined with the sexualization of Asian women. The popular Broadway musical Miss Saigon, set in wartime Saigon, simply replayed the 1920s’ Lotus Flower story. U.S. servicemen’s military prostitution experience strengthened the exotic sexual image of Asian women who were at once fetishized objects of exploitation and submissive domestic servants and even docile war brides. Between 1950 and 1989 close to one hundred thousand Korean military brides, many of whom came from the camptowns through brokered marriage, entered the U.S. It is no surprise that a high percentage of military brides later divorced. Left to survive with little skill and resource in a foreign land, many took on prostitution again. This phenomenon in turn reinforced the image of Asian women embodying immorality and sexual danger.

Historian Yuri Doolan traced the emergence of the illicit massage businesses around domestic military bases to military prostitution in Korea and the military brides. One of the Atlanta shootings victims, Yong Ae Yue, reportedly came to the U.S. in the 1970s as a military bride. Whether or not the massage parlors involved in the shootings conducted illicit businesses is unimportant. Regardless of the six Asian American female victims’ employment, denying the suspect’s racial intent on the presumption of their engagement in sex work not only misses the point, but also diverts the attention. The suspect perceived them as fetishized sexual objects that were simultaneously deemed dangerous. This perception, perpetuated through lived experiences and cultural productions, embodies a century and a half-long historical construction where racism and misogyny against Asian American women intersected. Perhaps the anti-Asian hate movement could forge a catalyst that more Asian American women would rise and tell those who hold sexist and racist beliefs of Asian American women: We are “Not Your Fetish.”