Who Won the American Revolution?

Guy Chet is Professor of American History at the University of North Texas, and author of The Colonists’ American Revolution: Preserving English Liberty, 1607-1783 (Wiley, 2019).  Portions of this essay are drawn from the book, with Wiley’s permission. 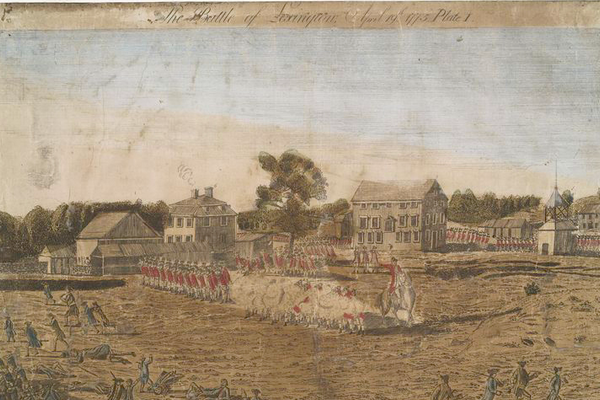 "The Battle of Lexington,"  Amos Doolittle, 1775, based on Doolittle's interviews with town residents and militiamen.

The American War of Independence broke out on this day (April 19) in 1775, when 70 Massachusetts militiamen confronted 700 British troops on the Lexington green.  Six years later, the last engagement of the war ended with the surrender of a British army to George Washington’s Continental soldiers in Yorktown, Virginia.  The contrast between the two types of American troops – the citizen-soldiers of the militias and the professional and uniformed soldiers of the Continental Army – was a meaningful one to Americans during the war years, and has remained important ever since.

Local governments prioritized their own armed forces (the state militias) over the Continental Congress’s army with regard to provisioning.  Civilians likewise were more supportive of militia (with provisions and hospitality) because militiamen were locals, whereas Continentals were strangers from distant states.  Moreover, militia provided various services for local communities – from regional and town defense to suppressing Loyalist opposition – which Continentals did not.  These factors explain why civilians were much more likely to perform their military service in the militia –which they did in vast numbers – than in the Continental Army.  As a result, the Continental Army struggled to maintain its numbers and became increasingly populated by socially marginal Americans – men at the bottom rungs of the socio-economic ladder and at the outskirts of society – whereas militias featured a more representative cross-section of the male citizenry. 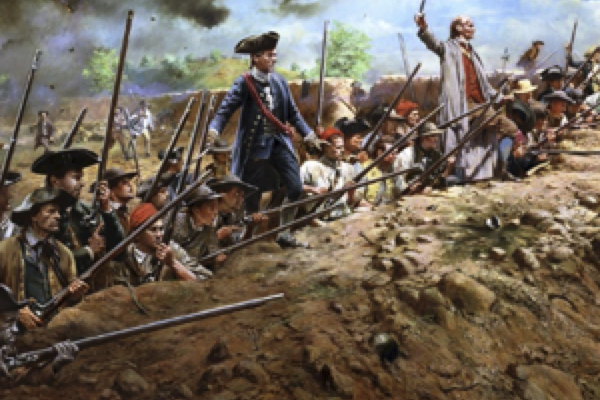 After the war, Americans overwhelmingly credited the militia for the victory in the war.  Not only did militiamen serve as combatants alongside Continentals, they also did combat in their localities against Loyalist militias, Britain’s Indian allies, and British foraging and raiding parties.  The militia was also the key to Patriot civic control in countless American towns, which enabled Patriots to sustain the Continental Army with provisions and recruits, while denying these invaluable resources to the British Army.  In the twentieth century, however, Americans transferred the laurels of victory from the militia to the Continental Army.  Thus, when historians and laypeople now consider the Revolutionary War, they focus primarily on the national army’s operations and are generally dismissive of the militias.  This is reflected in both academic and popular histories, as well as in museum exhibits, documentaries, literature, and film. 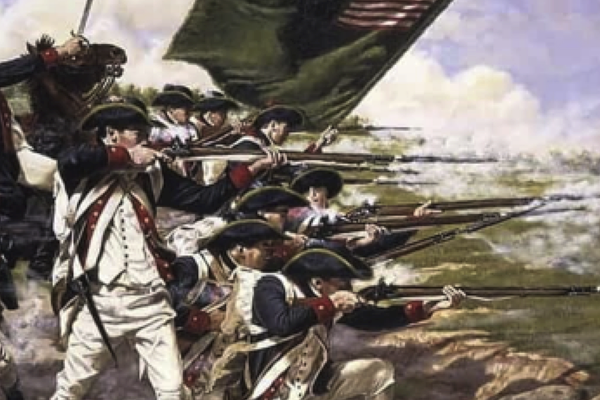 This modern view is supported by the testimony of George Washington himself, who deemed militiamen as unreliable soldiers – “men just dragged from the tender Scenes of domestick life,” unaccustomed to military life and to combat, and naturally “timid, and ready to fly from their own Shadows.”   Washington also thought that the sudden change in militiamen’s lodging bred physical illnesses among them, and “an unconquerable desire of returning to their respective homes,” resulting in high rates of desertion.  “Men accustomed to unbounded freedom, and no controul, cannot brooke the Restraint which is indispensably necessary to the good Order and Government of an Army.”

This question – whether it was the militia or the army that won the war – has never been purely academic.  Rather, this historical question was intimately related to the way Americans organized their political lives in any given era since the Revolution.  The militia and the army are emblems of adversarial administrative systems – the state governments and the national government – that have competed with one another over jurisdiction and authority since the birth of the republic.  In the centuries that followed the Revolution, Americans engaged in fierce contests over the proper roles, jurisdictions, and powers of the Federal and state governments.  The competing narratives about the Continental Army and Revolutionary militias illustrated the political and administrative principles that Americans championed in their various contemporary debates over Federal power and states’ rights.

Thus, the idea of an effective militia that was the backbone of the war effort served Americans in the early-republic as a testament to the efficacy of democratic civic institutions.  It taught that the states had led the war effort and won the war, and should therefore take the lead in administering public life in the young republic.  By contrast, the twentieth-century narrative of a feckless militia and strong army was a testament to the need for professional expertise to run important executive bodies.  It taught that the national government had won the war, and that it should therefore direct public policy.

Federal power and states’ rights were intensely contested issues in the early republic, with the advocates of states’ rights largely winning the ideological, political, and public-relations battle.  It should come as no surprise, then, that Americans in Revolutionary America and the early republic – living as they did in a states’ rights republic – largely judged the militias favorably, as the bulwark of American independence.  By contrast, during the Progressive Era (1890-1930) and increasingly ever since, the United States has transformed into a modern nation-state, in which states’ rights have receded in the face of Federal power.  It makes sense, therefore, that during this time, Americans have shifted their historical understanding of the Revolutionary War, determining that the Continental Army had won the war, rather than the militias.