60 Years Later: The Enduring Legacy of the Bay of Pigs Fiasco

Stephen F. Knott is Professor at the United States Naval War College and author of The Lost Soul of the American Presidency: The Decline into Demagoguery and the Prospects for Renewal (2019). 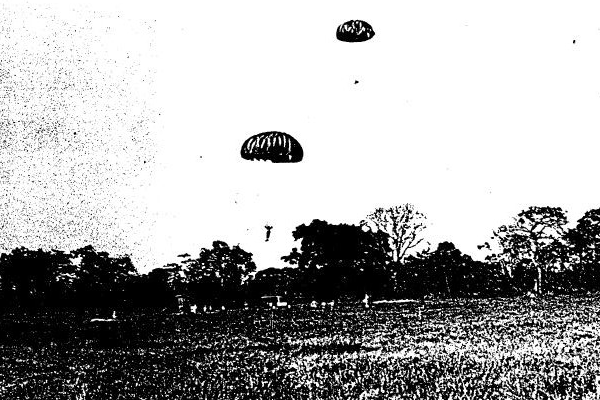 On April 17, 1961, a CIA-trained force of fourteen hundred Cuban exiles were all captured or killed within seventy-two hours of landing at the Bay of Pigs. In the aftermath of this fiasco, critics often asked how someone as smart as John F. Kennedy could have approved what some have described as the “perfect failure.” But there was a certain inevitability about the entire Bay of Pigs operation. Kennedy hoped to deliver on one of the key promises from his presidential campaign – to remove the cancerous communist growth 90 miles from Key West. Kennedy was determined to reverse Dwight Eisenhower’s “lethargic” foreign policy and saw a chance to do so within three months of his inauguration. A successful overthrow of Castro would have been a signal that American complacency had been replaced with a renewed “vigor,” a favorite term from the New Frontier. Toppling Castro would fulfill Kennedy’s inaugural pledge to “pay any price, bear any burden . . . support any friend, oppose any foe to assure the survival and the success of liberty.” More directly, it would fulfill his promise to “let every other power know that this hemisphere intends to remain the master of its own house.”

There were several consequences stemming from Kennedy’s failure at the Bay of Pigs. Some were significant, others less so. Allen Dulles was removed as CIA Director seven months after the failure of Operation Zapata. Kennedy told Dulles, “Under a parliamentary system of government it is I who would be leaving office . . . but under our system it is you who must go.” While it has become one of the main talking points of the post-Bay of Pigs, pro-Kennedy narrative, it is nonetheless true that he became more suspect of expert advice, including from the military and the intelligence community. Kennedy’s speechwriter and alter ego Ted Sorensen recalled Kennedy saying to him “I got where I am by not trusting experts. But this time I put all my faith in the experts and look what happened.”

Another repercussion from the Bay of Pigs turned out to be a boon for future historians, as President Kennedy secretly installed a tape-recording system in the White House to make sure that he, and he alone, would have important discussions “on the record.” Some advisors who favored the invasion claimed in off the record discussions with reporters that they had opposed it, and this duplicity irked Kennedy. He apparently intended to use these recordings to write a memoir someday.

But the most important consequence of the failure at the Bay of Pigs was Kennedy’s decision to intensify covert efforts to topple the Castro regime. Operating under the codename “Operation Mongoose” the President placed his brother, Attorney General Robert Kennedy, in charge of the effort, straining the concept of plausible deniability to the breaking point. Mongoose was designed, according to Robert Kennedy, to “stir things up” with “espionage, sabotage, general disorder.” But it also involved eliminating Castro by any means necessary. At least eight attempts were made on Castro’s life, with the CIA enlisting the help of American organized crime to do their bidding.

Attorney General Robert Kennedy viewed the Bay of Pigs as an “insult that had to be redressed” and he pressured a sclerotic bureaucracy to ensure that Mongoose received all the funding it needed to carry out its campaign to topple the Castro government. The assassination element of the campaign saw the CIA develop a variety of means to eliminate Castro including various poisons and exploding seashells designed to lure the curious scuba diving dictator to his death.

Many veterans of the Second World War considered assassination to be a legitimate weapon. The United States military had targeted the commander of the Imperial Japanese Navy, Admiral Isoroku Yamamoto, when decoded intercepts revealed his flight plans, while the British had trained the assassins of the “Butcher of Prague,” SS-Gruppenfuhrer Reinhard Heydrich. The Cold War’s ever-present threat of “mutual assured destruction” lent further credence to the idea that assassination was a legitimate “tool” in the nation’s arsenal.

Operation Mongoose continued for the entirety of the Kennedy presidency, despite Kennedy’s “no invasion” pledge to Nikita Khrushchev during the missile crisis of October 1962.  Mongoose became one of the largest covert operations in the CIA’s history, involving some 400 agents and an annual budget of over $50 million. Kennedy’s successor, Lyndon Johnson, shut Mongoose down in April 1964, later observing that the United States had operated a Murder, Inc., in the Caribbean.

Operation Mongoose was publicly revealed in 1975 by a Senate committee chaired by Idaho Senator Frank Church that examined abuses of power by the CIA and the FBI. Only a handful of high-ranking U.S. government officials out of the one hundred and eighty-nine million Americans alive in November 1963, were aware that assassination had been adopted as a tool of American foreign policy by Dwight Eisenhower and John F. Kennedy. These 1975 revelations would fuel the already flourishing Kennedy assassination conspiracy complex, providing endless and fruitless leads for those intent on proving that Lee Harvey Oswald did not act alone. Sadly, this proved to be one of the most enduring legacies of the “perfect failure” at the Bay of Pigs.