Who Can Claim to be the United States’ First University? 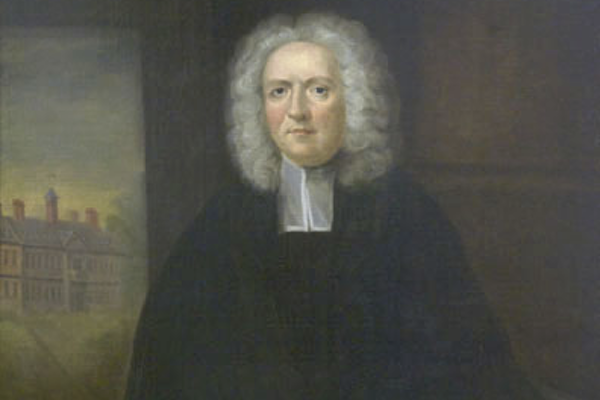 The 2020 U.S. presidential election will have important consequences for higher education. Colleges and universities await the first round of policy moves from the Biden administration. About 330 years ago, a change in government led to the founding of the first university in England’s colonies.

In 1688, the Rev. Increase Mather arrived in London hoping to secure a royal charter for what was then Harvard College. Harvard had been operating without a charter since 1684, as it had been widely assumed that the revocation of the Massachusetts Bay Company’s charter that year had also revoked Harvard’s charter. Once in London, Mather had an encouraging audience with King James II, who told him he would ensure that Harvard would not come under Anglican control (a constant worry for Puritan Harvard). It looked like Harvard might acquire its royal charter.

Unfortunately for Mather, King James was deposed three weeks later. After William and Mary were crowned, Mather thought he should try again, but was dissuaded and returned to Massachusetts in 1692 without a royal charter for Harvard. At his behest, the colonial legislature voted Harvard new charters in 1692 and 1697, but both were annulled by the government in London on the ground that the charters did not empower the crown to appoint a visitor, an official who would have oversight of the college. In 1700, still without a charter for his college, Mather wondered whether it was “not much more eligible to have the Colledge turned into a school for Academical Learning without privilege of Conferring degrees” than to accept a charter on the crown’s terms, as he feared that accepting a visitor appointed by the crown would ultimately lead to Anglican control of the Puritan college.

In 1691, while Mather was still in England, the Rev. James Blair arrived from Virginia to acquire a royal charter for another institution. A year and a half later, on February 8th, 1693, he was awarded a charter for “The College of William & Mary in Virginia.” This charter granted important privileges. Virginia’s legislature had directed Blair to ensure that the college “bee under noe other Visitation” than by a group of visitors, mostly colonial Virginians, who had been selected by the legislature. Where a lack of a royally appointed visitor was deadly to Harvard’s charters, the crown approved the colonial Virginian visitors, apparently without opposition, and even gave them the power to appoint their own successors.

We recently made the discovery that this charter awarded William & Mary the status of a university, a fact that has been hidden behind an overly literal English translation of the Latin. The charter is modelled on the charters of Oxford and Cambridge colleges. It diverges in important ways, however. Where the 1624 charter of Pembroke College Oxford, for instance, simply refers to the institution as a “college,” William & Mary’s charter calls it a “studium generale or college.” Previous scholars of the charter failed to recognize the significance of this medieval term, which is translated in the English version of the charter as “place of universal study.” It was a legal term of art for a university and did not appear in the charters of British colleges. William & Mary’s charter also granted it the office of chancellor and a seat in Virginia’s legislature, both privileges enjoyed by universities but not colleges. The crown did not award the privileges of a university lightly. Only universities could award degrees in the British Isles, and the existing universities jealously guarded their prerogatives. As recently as 1659, a college at Durham had petitioned to be elevated to a university with degree-granting powers, but faced the unified opposition of the Universities of Oxford and Cambridge and failed to acquire a university charter. The crown had refused a charter to Harvard, but granted William & Mary, an institution that had not even been established yet, the prerogatives of a university, the first university that the crown chartered outside of the British Isles.

What had changed? The government and its priorities. Mather had reason to believe when he arrived in England that King James would be receptive to his request for a charter. James was Catholic and actively tried to promote Catholicism in England. Puritans were incidental beneficiaries of James’ pro-Catholic policies, which he tended to justify in terms of toleration for non-Anglicans. William of Orange, on the other hand, was anxious to present himself as a defender of Anglicanism. William & Mary was a thoroughly Anglican institution. Blair, who would become its first president, was a Scottish Episcopalian with the right credentials: he had been deprived of his parish in Scotland for his opposition to James’ Catholicism and fell in with a circle of clerics in London who saw themselves as protectors of the Anglican Church against James’ pro-Catholic policies.

The policies of the new government do not appear to have set Harvard back over the long run. In the short run, however, Harvard was left to operate without a charter until, in 1707, Massachusetts’ legislature simply declared that Harvard’s 1650 charter had never actually been revoked. In the meantime, William & Mary had received a charter for a university. When William & Mary celebrates Charter Day on February 8th, it will be celebrating the establishment of the first university in what would later become the United States.