A Personal Encounter with White Supremacy

Robert Huddleston, a veteran of World War II, is a long-retired freelance writer, recently the author of Love and War: A Father and Son in Two World Wars. 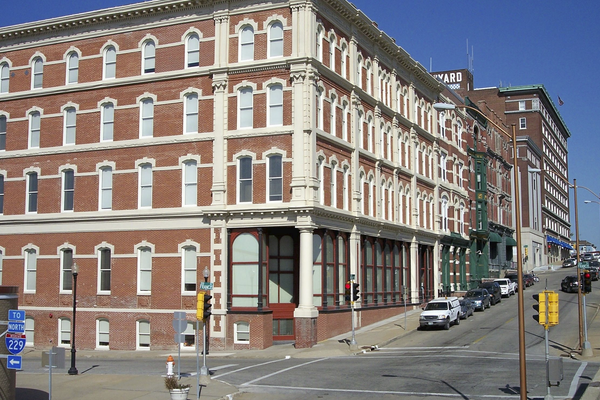 As we travel through life--"til death do we part"--we are students of our environments: Our family, church, peers, schools, civic issues and what we read and imagine. And from all of this we take in what we consider “good" and what we consider “bad."  And in this jumble of input we adjust our values. It is with this perceived "reality" that I explore my early encounter with white supremacy. Or, to put it another way, black subordination.

Civic learning evolved in middle school:  "We are a government of laws, not men," still echoes from my civics class in the mid-1930s. Elsewhere, however, I learned of racial segregation, an every-day reality that nurtured white supremacy.

Missouri, my home state, is situated on the east bank of the Missouri river as it flows down from the north to Kansas City. There it takes a sharp turn east to cross the state to St. Louis where it merges with the Mississippi and flows on to the Gulf.

Known as the "Show Me" state, Missouri joined the union in 1821 as a slave state. During the Civil War, however, the majority of citizens north of the river remained loyal to the Union. South of the river, where Missouri bordered on Arkansas, the Rebels reigned and their leaders dominated the racial issue: In due course, and with some support north of the river, racial segregation in public schools was established by Missouri law (racial segregation in private, religious, and social contacts varied throughout the state). This continued until the mid-1950s when racial integration began in order to comply with Brown v. Board of Education, a 1954 Supreme Court decision.

From grammar school through university (my World War II experience not excluded) there was no consequential public agitation for change. The university, the faculty, community leaders, even the students, ignored, accepted, or excused legal segregation of Negro students (though not foreign students of color), which means, of course, many Americans were denied a fair shot at the political, economic, and social life of the nation. Racial segregation may not have been taught, but it was self-evident to students in the very first class attended.

Whether self-interest or simple indifference stilled any move to end racial segregation in Missouri, it fueled a lynching on the night of November 28, 1936, north of the Missouri river. There, in St. Joseph, fifty miles north of Kansas City, a mob estimated at five thousand lynched a young black man who had been convicted of no crime. Two National Guard tanks rumbled past my window on the way to the lynching where they offered no resistance to an act of torture and murder.

"The mob was from outside the city," declared the white community.

"Perhaps not," responded the black community.

Even if the size of the mob fell short of 5 thousand "outsiders," it would have required a caravan of autos and pickups. How come, one must wonder, every local failed to jot down license plates revealing the outsiders’ home counties? Could the citizens of this racially segregated community have willfully turned their collective backs on what was happening?

Kamala Harris, on being nominated as a vice president candidate, declared "There is no vaccine for racism.”

Nor for anti-semitism, misogyny, and other uncivilized biases that degrade our democracy. There are, however, a couple of ways to deal with racism, etc.

1. Place more emphasis on the humanities throughout our educational system including self-education.

2. Not even the most fair-minded community can hope to educate away prejudice. But, I suggest communities deal with it like an alcoholic deals with drink: recognize that indulging bigotry even a little can have dire consequences, and just don’t do it.