Dwight Eisenhower Built up American Intelligence at a Crucial Moment

Journalist and author Steve Vogel reported for the Washington Post for more than 20 years, writing frequently about defense issues. His latest book, BETRAYAL IN BERLIN: The True Story of the Cold War’s Most Audacious Espionage Operation, was released in paperback on Sept. 15 by Custom House. 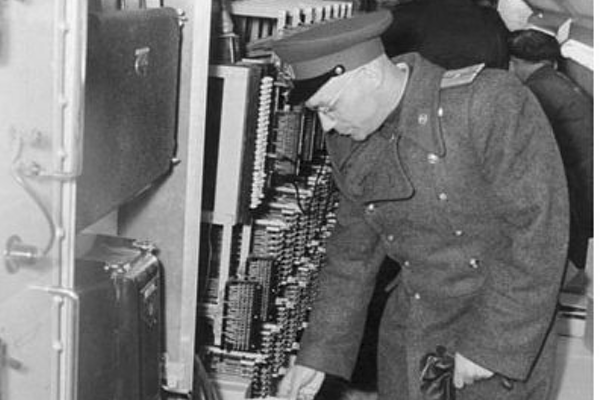 More than any other president--with the possible exception of George Washington--Dwight D. Eisenhower did not need on-the-job training to understand the value of good intelligence. As Supreme Allied Commander in Europe during World War II, Eisenhower relied heavily on Ultra, the British code-breaking operation that allowed the Allies to read encrypted German communications. At the war’s conclusion, Eisenhower said the intelligence had been “of priceless value to me.”

So it was with no little chagrin that upon taking office in Washington in January 1953, Eisenhower learned just how far western intelligence had declined since the war.

This week, the Dwight D. Eisenhower Memorial is being dedicated in Washington, not far from the U.S. Capitol. Eisenhower’s presidency is sometimes overshadowed by his wartime command. One aspect in particular that is often overlooked is how vastly US intelligence capabilities increased during his administration.

Eisenhower took office at a uniquely vulnerable period in American history. The Soviet Union had already shocked the West in 1949 by successfully testing a nuclear bomb after stealing Manhattan Project secrets. In August 1953, the Soviets detonated their first hydrogen bomb. It was an unpleasant surprise for Eisenhower—Western intelligence had no inkling the Soviets would achieve such destructive capability so quickly.  On top of the nuclear threat, an enormous Red Army force –never withdrawn from Eastern Europe at the end of World War II--remained poised along the borders with Western Europe.

But as Eisenhower soon learned, the U.S. had virtually no good intelligence on the Soviet Union. For some years during and after World War II, the U.S. intercepted and decrypted secret Soviet radio communications as part of a secret program codenamed VENONA. But in 1948, after the secret was betrayed by KGB spies Kim Philby and William Weisband, the Soviets changed their cryptographic systems and shifted much of their communications from radio to landlines, leaving the West almost entirely in the dark about Moscow’s military capabilities and intentions. CIA efforts to place agents inside the Soviet Union had failed miserably. Other than rare overflights along the periphery of Soviet territory by U.S. and British military aircraft, there was none of the overhead imagery that the U-2 and satellites would later provide. “We were simply blind,” said David Murphy, a CIA officer who would serve in Berlin.

Not long after the Soviet hydrogen bomb test, CIA Director Allen Dulles told Eisenhower “the Russians could launch an atomic attack on the United States tomorrow.” It left the president wondering whether he should consider launching a first strike to preempt the Soviets. “As of now, the world is racing toward catastrophe,” he wrote gloomily in his diary.

So Eisenhower was receptive when Dulles brought him a proposal soon afterwards for what would become one of the most audacious espionage operations of the Cold War, involving the divided city of Berlin. The idea was to team with British intelligence to dig a quarter-mile tunnel from West Berlin into East Berlin to tap into underground cables used by the Red Army to communicate with Moscow. The Berlin Tunnel, as recounted in Betrayal in Berlin, would be simultaneously the largest signals intelligence and covert operation the CIA had conducted to that point--not to mention effectively an incursion into Soviet-held territory.

Eisenhower gave the tunnel his ready approval, as did his former partner from World War II, Winston Churchill—who had returned to power in 1952 as Britain’s prime minister and was likewise dismayed at the lack of intelligence about the Soviet military.

As president, Eisenhower pushed for aggressive intelligence gathering--within limits. “In general we should be as unprovocative as possible but he was willing to take some risks,” Andrew Goodpaster, then an Army colonel serving as Eisenhower’s staff secretary, later recalled. Eisenhower refrained from asking too many questions about exactly what the CIA was up to in Berlin. “He insisted that he have access to everything, and I think we did,” said Goodpaster. “But there were things that he deliberately did not inform himself about.” Eisenhower liked having plausible deniability, to guard against having to lie to the press or Congress about what he had known.

“President Eisenhower did not feel that he wanted to know the specifics of all these activities,” recalled Dillon Anderson, who served as Eisenhower’s national security advisor. “I don’t think he particularly wanted to know” the elaborate details of how the CIA intended to tunnel into East Berlin, Anderson said. But the president was keenly interested in the end product.

Construction of the tunnel began in great secrecy in September 1954, dug by a small U.S. Army Corps of Engineers team. They used the cover of an Army warehouse in Rudow, a remote corner of the American sector, to disguise the project from curious Soviet and East German guards across the nearby border. As work continued, Dulles came to the president seeking authorization for another secret program, this one to develop a special high-altitude reconnaissance aircraft that would become known as the U-2. Once again, Eisenhower approved without hesitation. “Our relative position in intelligence, compared to the Soviets, could scarcely have been worse,” he later wrote. Bigger and better fleets of bombers and improved guided missile capability had given the Soviets an “ever-growing capacity for launching surprise attacks against the United States,” Eisenhower believed. He admitted to being “haunted” by the threat of a nuclear Pearl Harbor and created two commissions in 1954 to examine the ability of U.S. intelligence to protect the nation against such an attack. The first report, a review of CIA covert operations led by Lieutenant General James Doolittle, hero of the wartime raid on Tokyo, described the U.S. as losing an intelligence battle that could have apocalyptic consequences: “If the United States is to survive, long-standing American concepts of 'fair play’ must be reconsidered,” Doolittle wrote. The second commission, headed by MIT President James Killian, was more sober-minded but equally chilling in its conclusions. “The advantage of surprise attack has never been so great as now,” the Killian report said.

Good intelligence could not come too soon, as far as Eisenhower was concerned. “Our old conceptions of the time that would be available to governments for making of decisions in the event of attack are no longer tenable,” Eisenhower wrote to Churchill in January 1955. “I think it possible that the very life of a nation, perhaps even of Western civilization, could . . . hang upon minutes and seconds used decisively at top speed or tragically wasted in indecision.”

In May 1955, after eight months of delicate work, the American and British tunnel team succeeded in tapping the first of the targeted trunk cables, located 27 inches below the surface of a heavily traveled East Berlin road. Back in the warehouse, a team of linguists and analysts was quickly inundated by a gusher of captured telephone calls and teletype communications, involving everyone from senior Soviet commanders to low-ranking logistician clerks across East Germany. Cartons filled with tape recordings were soon being flown almost every day to processing centers in London and Washington staffed by hundreds of translators, transcribers and analysts.

Bit by bit, a mosaic was painstakingly painted of the Soviet military—its organization, deployment of forces, strength and weaknesses, training, tactics, weaponry, radio and telephone networks and system of passwords. The captured conversations also revealed details about the Soviet nuclear program, Kremlin machinations, and Soviet intelligence operations and much other critical information. For Eisenhower, though, the greatest value of the tunnel lay in what it did not show: any indication that the Soviets were planning an attack. The preemptive strike Eisenhower feared he would need to launch never happened.

Ironically, the KGB had been tipped to plans for the tunnel by George Blake, a British intelligence officer involved in the project. But the KGB found itself in a dilemma. Blake was proving himself invaluable as a Soviet spy, and if the KGB did anything to stop the tunnel, he would immediately fall under suspicion, as one of only a handful who knew of the operation. Planting disinformation was likewise too risky, because it would stick out like a sore thumb amidst the torrent of real information captured by the tunnel. So the KGB left Red Army commanders in the dark. By the time the Soviets finally staged a discovery in April 1956, the tunnel had intercepted some 90,000 communications. In a sense, it was a precursor to the mass surveillance that would be employed by the National Security Agency.

Less than three months after the tunnel’s demise, a U-2 took off from West Germany on July 4, 1956, for the first overflight of Soviet territory. It was almost like handing off a baton. For nearly a year, the tunnel had provided the early warning the U.S. and its allies needed. Now, the U-2, with high resolution cameras able to cover vast amounts of territory from high altitudes, would be able to track the movement of military equipment, weaponry, troops and other logistical signs that might signal plans for an attack. The downing of a spy plane over the USSR in 1960 would prove deeply embarrassing to Eisenhower, when the Soviets exposed White House denials of espionage as lies by producing captured CIA pilot Francis Gary Powers. But despite Eisenhower’s regret over a cancelled summit meeting with Soviet leader Nikita Khrushchev, the value of the U-2 would be indisputably proven two years later when an overflight spotted Soviet nuclear missiles in Cuba.

Before Eisenhower left office in January 1961, the world’s first photo reconnaissance satellites had been launched as part of CORONA, another secret program the president had authorized. CORONA revolutionized intelligence collection, providing the CIA with the capability of scanning the globe. While many American intelligence disasters lay ahead, from the Bay of Pigs to Iraq and beyond, never again would the U.S. be as utterly blind as it had been when Eisenhower took office.