The Post Office is Mentioned, but Not Protected, by the Constitution

David Head teaches history at the University of Central Florida. He is the author of Privateers of the Americas: Spanish American Privateering from the United States in the Early Republic and A Crisis of Peace: George Washington, the Newburgh Conspiracy, and the Fate of the American Revolution. 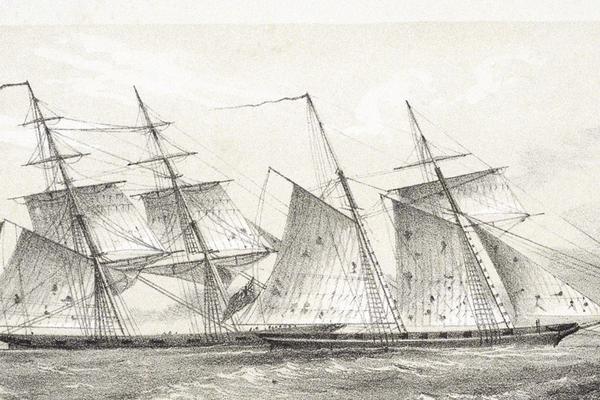 The Founding Fathers thought so highly of a certain institution that they expressly authorized it in the Constitution.

The institution served the nation well. It protected the people’s liberty. It fueled business. It provided jobs for some of America’s most vulnerable citizens, who, if they were fortunate, might retire secure, if not prosperous.

Though it actually predated the American Revolution, and Benjamin Franklin was involved early on, the institution's profitability was suspect and it became seen as outmoded.

Worst of all, the institution faced an aggressive new competitor that, its advocates claimed, could do the job better. The institution had no choice but to contemplate its own extinction.

I’m not talking about the postal service, however. I’m talking about privateering, the Age of Sail practice in which governments, augmented their naval forces during times of war by issuing commissions, sometimes called “letters of marque,” to privately owned and operated vessels.

Like the postal service, privateering is mentioned in the Constitution. Article I, section 8 gives Congress the power to both “establish Post Offices and post Roads” and, a few lines later, to “grant Letters of Marque and Reprisal.”

Though enshrined in our founding document, privateering disappeared in the nineteenth century. And the Constitution remained intact. If the United States Postal Service suffers the same fate, the Constitution will also endure.

Although it seems exotic now, when the Constitution authorized privateering, it was as unremarkable at the time as a chamber pot. Eighteenth-century European powers employed privateers whenever war broke out and had done so if one form or another since the late Middle Ages.

When the Revolution began, state legislatures and the Continental Congress encouraged privateering as a quick way to swarm the seas with American ships while building a navy. As a diplomat in France, Benjamin Franklin handed out letters of marque.

Merchant ships and sailors idled by war found new employment as privateers, and although a private warship was more dangerous than a merchantman, the rewards could be greater.

Enemy vessels seized by a privateer belonged to the captors—as long as a court declared the vessels “good prize”—and everybody from the ship owners down to the ship’s greenest green horn took home a piece. Or they got nothing, if they captured nothing.

The War of 1812 proved the last hurrah for American privateers. A long period of relative peace followed in which European powers built large navies. Privateers, who were always a bit allergic to following the law, became more hindrance than help. At the end of the Crimean War in 1856, 55 nations swore off privateering for good in the Declaration of Paris.

The United States, however, wasn’t one of them. As a small navy nation, the United States wanted to keep privateering around, just in case. The need never came, and in the 1890s, when American politicians aspired to build a big navy proper to a rising imperial power, privateering withered never to revive.

With rescue funds so far denied to the USPS, friends of the mail have lauded its many benefits, both current and historical.

The USPS employs a large workforce, including many veterans; processes a plurality of the world’s total volume of mail; enjoys high popularity with the public; provides low cost service to rural areas; and promises a way to vote, a way to receive medicine, and a way to participate in the census.

In the past, the postal service fostered connections among weakly unified states in the early republic, boosted the abolitionmovement before the Civil War, and gave black men and women a chance at a middle-class life in an era of segregation.

That the Constitution mentions Congress’s power to establish post offices seems to make it a slam dunk: the nation must have the USPS or the Constitution will be violated, the Founders betrayed, and our democracy imperiled.

I like the USPS. I enjoy getting the mail. There’s something Christmas morning-like about opening the mailbox. Who knows what’s inside?

Still, the post office has no more of a special status than privateering did. Privateering lasted hundreds of years and was a part of every Atlantic power’s arsenal. Until it wasn’t.

If the day comes when the USPS, like privateering, has outlived its usefulness, the Constitution will prove no obstacle. The only question that matters is the practical one: does the postal service accomplish its mission better than the alternatives?

The Constitution can survive without a postal service, just as it has survived without privateering.