Waller R. Newell is Professor of Political Science and Philosophy at Carleton University. His most recent book is Tyrants: Power, Injustice, and Terror (Cambridge University Press), now available in an updated paperback edition. 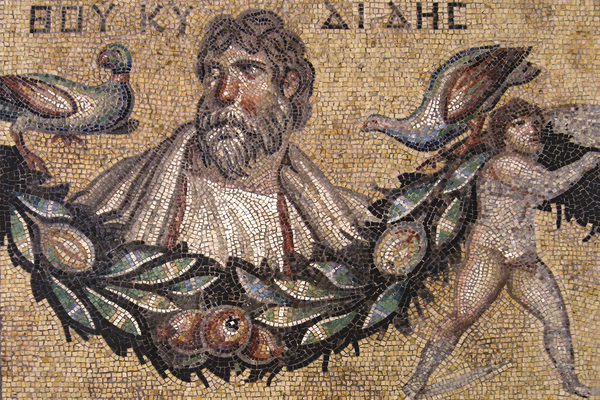 The ancient Greek historian Thucydides has recently made a comeback as a guide for understanding the rising tension in relations between the U.S. and the People’s Republic of China.  Harvard political scientist Graham Allison drew much attention with his idea of “the Thucydides trap.”  He was referring to the world’s first superpower conflict, the Peloponnesian War, sparked by the geopolitical rivalry between Athens and Sparta.  According to Thucydides, what began as a cold war turned into a hot war because Sparta felt increasingly threatened by Athens’ growing economic and military resources.  Finally, prompted by fear, Sparta entered a brush-fire conflict on the side of one of Athens’ enemies, and soon the two super-powers were embroiled in an all-out war.  In other words, Sparta went to war preemptively against its competitor rather than allow Athens’ superiority to become insuperable.

According to Allison, a similarly dangerous situation began to intensify during the Trump presidency.  In Allison’s view, the U.S. was growing ever more anxious about China’s burgeoning economic and military growth, its bid for a place in the sun as a rival world power.  The danger was increasing that the U.S. might come to view a pre-emptive strike as the only way of avoiding being eclipsed by its rival.  In this parallel with the Thucydidean original, Allison assigned the role of Sparta to the U.S. and and the role of Athens to China.

Critics argued that Allison had been taken in by inflated PRC statistics about its economic and military growth.  But the fundamental problem, in my view, is that Allison got it backward from the outset.  If you examine the two regimes of Athens and Sparta, there is a much closer parallel between China and Sparta, on the one hand, and Athens and the U.S. on the other.  Like Sparta, China is a collectivist oligarchy, traditionally a land power, and bent on creating a zone of friendly or neutral buffer states nearby.  Like Athens, the U.S. is a sea-faring commercial democracy with alliances spanning the globe.  Like Sparta, China is a closed society, xenophobic and opposed to free speech.  Like Athens, the U.S. prizes individual innovation, the open expression of ideas, and noisy self-government.  The parallels are not precise, of course.  They hardly could be over two thousand years later.  Political ideology and mass communications technology, to say nothing of nuclear weaponry, complicate the comparison.  Nevertheless, the broad pattern is striking:  In the real Thucydides trap,  Sparta is to China as Athens is to the U.S.

If the Thucydides trap is the reverse of what Allison argues, should we be concerned that China might make a pre-emptive strike against its main rival for world power?  Here is where the crystal ball grows murky.  But there are some glimmerings.  In the last few years, China’s economy has been waning, while America’s has boomed.  After an impressive burst of military growth, China has been over-taken in that department by the U.S.  When the global pandemic struck, the U.S. had extracted a hefty commitment from the PRC to import American agricultural products in phase one of trade talks.  Promising this kind of Danegeld enabled the Chinese regime to postpone to a future second phase the issues that really threatened it:  U.S. complaints about China purloining American technology and, above all, demands that China stop subsidizing its industries.

What  the U.S. considers to be state support for the Chinese economy is in fact the seamless intertwining of business, the Party and the military.  For reasons I detail in Tyrants: Power, Injustice, and Terror, there are no private sector corporations in the Western sense in China, no home-grown entrepreneurial start-ups, so the interpenetration of the economy and the state is of an entirely different order of magnitude than, say, farm price supports in the U.S. or Canada.  The PRC’s agreement to America’s proposed phase two reforms would amount to their voluntarily dismantling their dictatorship, which they will never do.  The pandemic spelled an indefinite postponement of phase two in the trade negotiations as the U.S. economy ground to a halt.  When and whether those negotiations will resume, and who will be conducting them, is something no one can presently foresee as the U.S. Presidential election looms.

So did the PRC spring the Thucydides trap?  All the evidence suggests that the virus was accidentally released, and therefore not a deliberate assault on the U.S.  But there is growing international concern that China with-held information early on about the virus that would have slowed its spread in Europe and North America.  One thing is clear:  By crippling the American economy and bringing trade talks to a halt, the pandemic was in the PRC’s objective interest as it faced an ever-more powerful American rival.