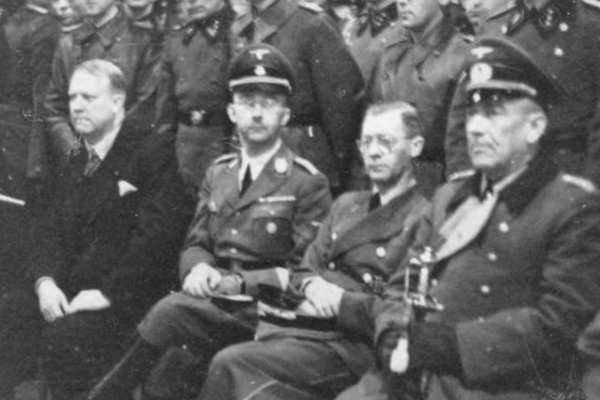 President Trump has made it absolutely clear to every federal official that he will fire anybody who follows the law when it conflicts with his personal will. He fired FBI Director James Comey for investigating national security adviser Michael Flynn’s illegal conduct. Trump viciously forced out acting FBI Director Andrew McCabe, who authorized investigation of presidential obstruction of justice, days before he would become eligible for a pension and then his administration tried (unsuccessfully) to get a grand jury to indict him criminally.  He dismissed Attorney General Jeffrey Sessions, who obeyed ethics rules requiring his recusal from investigation of Russian interference with the 2016 election. He secured the resignation of  Homeland Security Director Kirstjen Nielsen, who wanted the administration to obey the laws protecting immigrants with bona fide asylum claims from deportation.  He humiliated Lt. Col. Alexander Vindman by having him escorted off the White House grounds like a criminal, because he obeyed a lawful congressional subpoena requiring him to testify about President Trump’s conduct with respect to Ukraine. Trump cast out Inspector General Michael Atkinson for obeying the law requiring him to share whistleblower complaints with Congress.

Trump seeks a government of quislings, people who view themselves as Trump’s slaves, not noble servants of the Constitution. Trump has triggered an exodus of competent officials who take their obligations to our constitutional democracy seriously.

The Founding Fathers and many of their most respected successors warned that giving the President unfettered control of the executive branch of government would lead to a quisling government and the death of freedom. Alexander Hamilton in the Federalist Papers said that the Constitution was designed to prevent appointees “personally allied to” the President or “possessing the necessary insignificance and pliancy to render them obsequious instruments of his pleasure” from gaining office.  Senator Daniel Webster maintained that conferring an absolute removal power on the President would turn public officers into “sycophants . . . and man-worshippers.” Supreme Court Justice Joseph Story explained the “old Federalist position” that “unlimited power of removal” may become an “instrument of the worst oppression and most vindictive vengeance.” And Justice Brandeis saw the Founders’ decision to reject “uncontrollable” presidential removal as a part of the separation of powers designed “to save the people from autocracy.”

Trump’s attack on the rule of law emulates that of autocrats he admires in Hungary, Turkey, and elsewhere who have destroyed democracies. Once an autocrat establishes quisling government, the autocrat’s minions destroy freedom. In autocracies, the government investigates and prosecutes regime opponents, while giving a free pass to corrupt government supporters. Trump has repeatedly asked the Justice Department to persecute his political opponents and suggested that it not investigate Republicans suspected of corruption. Autocrats use law not to achieve the laws’ objectives, but to subdue opposition and bolster their supporters. If Trump remains in office, America will likely lose its freedom through these forces.

Some of Trump’s dismissals are illegal. They violate civil service laws put in place in the 19th Century when a practice of making offices contingent on political support for the President had debilitated the federal government. But Trump will pay no price for violating these laws, because the Supreme Court declined to allow damage actions against President Nixon when he allegedly forced out a whistleblower in a 5-4 decision.  In cases where Trump has formal authority to dismiss an official, he has abused that authority by violating our constitutional customs safeguarding prosecutorial independence and the freedom to obey the law.

As Trump dismantles constitutional government, Trump’s Department of Justice (DOJ)  has asked the Supreme Court to hasten its demise. In that case, DOJ declined to defend a statute protecting the head of the Consumer Financial Protection Board from arbitrary dismissal, instead asking the Court to give Trump the power to fire all important federal officials for political reasons. The DOJ’s decision not to defend a statute that both courts of appeal reviewing this case found justified by existing precedent suggests that Trump has made remarkable progress in substituting autocratic rule for the rule of law.   We can only hope that the Justices have the wisdom to reject these pleas, which a more independent DOJ probably would not have made.