What the "Primacy" Debate in Foreign Policy Gets Wrong 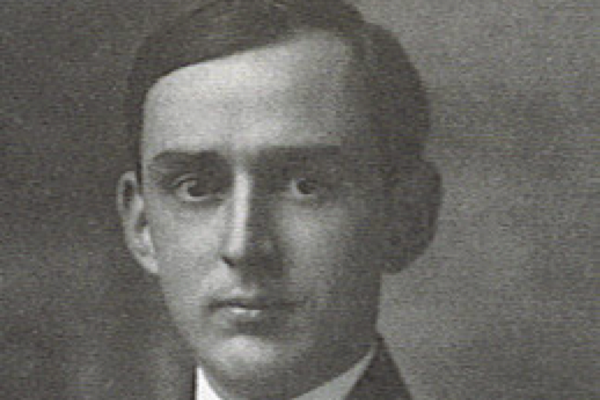 Americans and people around the world wondering about the diminution of American leadership should be paying more attention to a vivid debate that has been taking place among academics and pundits. It sounds arcane but it has big implications for the reshaping of elite opinion about foreign policy.

The debate centers on what is loosely called grand strategy, and – as simplified, exaggerated, and abstract as such debates tend to be – boils down to the old line about power: use it or lose it. On one side are “liberal hegemonists,”who are often referred to as “primacists” by their adversaries. This group would generally agree with the “use it or lose it” formulation. Their principal adversaries, the “restrainers,” would not.

Unfortunately, both camps tend to shift easily from questions of substantive success or failure to questions of motive. Restrainers accuse primacists of greed or aggression, and primacists accuse restrainers of naïveté or a selfish withdrawal from the world.

This shift tends to put the primacists on the ground of grand values and the restrainers on the particulars of policy, seemingly shouting past each other. Mainly this is because the primacists are vulnerable to the bad track record of recent interventions and the restrainers are vulnerable to being associated with the worst elements of American isolationism.

But aside from the sincerity of the debaters and the subject matter, there is an even more basic, and potentially more dangerous, problem with this debate. It is one of meaning. Repeatedly, partisans on both sides use terms like “primacy,” “hegemony,” “preeminence,” “dominance,” “unipolarity,” and “supremacy” almost as if they are interchangeable. But they mean different things.

For example, “primacy” comes from the Latin for “first” – in influence, importance, or rank, but not really in physical strength, aggression, or egoism, as “America-first” implies. To students of international relations, primacy is associated with the role of foreign (or domestic) policy in statecraft. Primacy is as much a normative concept about the character of U.S. leadership as it is a description of America’s ability to exert power. And so it requires a certain ethics; if we were to turn back to the ecclesiastical root of the word, these ethics are combined with spiritual leadership and, as the Oxford English Dictionary tells us, must be “properly distinguished from ‘supremacy.’”

Restraint, by contrast, suggests that assessing the consequences of any action is the most appropriate yardstick. Therefore, the opposite or alternative to primacy is not “restraint.” It is a state of being lowest or last – “abjectist,” “ultimatist” or perhaps “postumist.” And the opposite or alternative to “restraint” is not “first,” but “disinhibition” or even “recklessness.”

The incommensurability of these terms makes it difficult to even agree what is being debated. The good news is that much of the ideological baggage can be stripped away from the debate to focus on what policy does and what it achieves.

What restrainers really protest is the belief that the United States ought to try to rule the world in perpetuity. They say that is a doomed strategy, and they’re right. And what some primacists really defend is not superiority per se but as a calibrated (and usually collective) means to advance certain American interests and values in the belief that security is indivisible – geographically as well as functionally – across economic, military, political, and social relations. That does not necessarily mean what is good for Americans is good for everyone else; rather, that it is not possible to disaggregate the elements of security from one another and survive in an interdependent world.

Under these circumstances, it is no surprise that primacists seek to shift the terms of debate back to values and revert to a more familiar, loaded term: “isolationism.” Just as the promoters of liberal hegemony seek to absolve themselves of the legacies of imperialism (forgetting perhaps that hegemony was once called “imperialism with good manners”), it is also no surprise, given its association with appeasement in the years before the Second World War, that most restrainers strongly denounce isolationism, insisting that they are every bit as “internationalist” as their critics, the difference being that they seek peace rather than domination.

American isolationism was more complex, however, than its detractors then or now recognize. Isolationism rejected not internationalism but interventionism, and specifically military intervention in foreign conflicts. Few of the people once known as isolationists sought actual isolation behind two oceans. They sought instead to shift the emphasis of foreign policy away from such intervention and perceived entanglement. One of their spokesmen, Senator Arthur Vandenberg, said he preferred the term “insulationist.” Like today’s restrainers, Vandenberg’s generation of isolationists also sought peace, neutrality, and independence, along with, for some, a nostalgic return to the “Era of Good Feelings” of the early 19th century when John Quincy Adams was the Secretary of State.

The scholar and diplomat George Kennan (who, incidentally, didn’t think much of the term “grand strategy”) once wrote that there are just two types of isolationist: those who “hold the outside world too unimportant or wholly wicked and therefore not worth bothering about” and “those who distrust the ability of the United States Government, so constituted and inspired as it is, to involve itself to any useful effect in most foreign situations.” Kennan admitted to being of the second type. That was one of the reasons Kennan’s career as a professional diplomat lasted half as long as his career as a scholar.

Primacy is a state of affairs. Restraint is an attitude. Neither, strictly speaking, is a strategy. To the extent the United States has ever had a “grand strategy,” it remains remarkably similar to the one that Woodrow Wilson half-sold to the world a century ago: that the world must be made safe for democracy, which is to say, a world whole, free, and at peace.

At least, that’s the principle. Many countries repudiated it in practice, but it has proceeded nonetheless in forms of collective security, economic integration, and cultural understanding. Its progression has not been universal, as Wilson may have hoped, but piecemeal, region by region: in much of the Western Hemisphere, in Europe, and in some parts of Africa and Asia during the second half of the 20th century. It should still be allowed to proceed there and in other regions, and globally, with American help. People of goodwill on both sides of the debate should welcome it.

So, yes, let’s end “endless wars” and enhance peaceable diplomacy around the world. But let us not at the same time renounce by redefinition America’s international responsibilities and its capacity for wise, moral leadership. The American people and the country’s survival depend on it.