Sick Leave Provisions in the COVID Relief Bill Were Historic. That's the Problem. 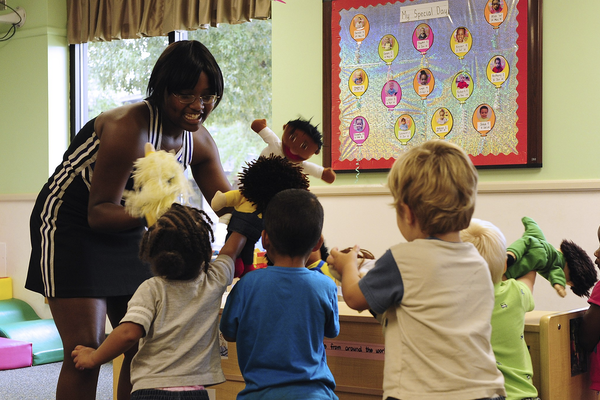 On April 1, for the first time in our country’s history, some U.S. workers became entitled to receive paid sick time on an emergency basis related to the coronavirus pandemic, for the remainder of 2020. There is a lot that’s remarkable about that sentence. The legislation instituted an emergency program, rather than expanding a longstanding right. It embraced some workers, but not all. It is contingent on an ongoing emergency with an end date, rather than permanent.

The Families First Coronavirus Response Act (FFCRA), enacted on March 18 and in effect from April 1 through December 31, 2020 provides up to 10 paid sick days for people who must miss work because of  a COVID quarantine, self-isolation recommendation or diagnosis, those caring for other individuals affected by COVID and closures of a child’s place of school or care. The new law applies to public sector workers and employees in businesses with fewer than 500 workers – but excludes those who work for larger companies, amounting to about half the workforce. It also includes potential exemptions – which the U.S. Department of Labor has interpreted quite broadly – of health care workers and emergency responders, which means essential workers on the frontlines of the coronavirus crisis may be prohibited from accessing paid sick time if they or a loved one fall ill with the virus.

Guaranteed access to paid sick days is necessary – now, during this pandemic, and always – because more than one-quarter of the U.S. workforce (27 percent) does not have paid sick time at their jobs, and access rates are even lower among lower-wage workers and service sector workers – the very people who are in high rates of contact with the public and unable to afford unpaid days away from work without jeopardizing their ability to buy food for the month or afford housing costs. The United States stands alone among high-wealth countries in failing to guarantee workers paid sick time; this is a byproduct of our anti-regulatory approach to businesses, the “bootstraps” ideology that workers should negotiate for benefits with their employers on a one-to-one basis, and the relatively low density of union members within the workforce relative to our international peers.

Notwithstanding its limitations, the FFCRA brought to fruition a victory that advocates and lawmakers have been pursuing for more than a decade: a federally mandated right to paid sick time. This right must be enhanced and made permanent to achieve the goal of universal coverage. Congress first endeavored to pass paid sick days legislation more than 15 years ago. First introduced in 2004 – before any states or cities had enacted paid sick days laws of their own, as dozens now have – the Healthy Families Act would have guaranteed most workers the right to earn up to seven paid sick days per year to use to address their own health need or seek health care services, to care for a sick family member, or accompany a family member to medical appointments. More recent versions of the Healthy Families Act also include as acceptable uses for paid time away from work for people seeking services related to domestic violence, stalking and sexual assault and to attend a child’s school meetings related to their health and education.

Over the past dozen years, states and cities have acted where Congress has not. San Francisco was the first jurisdiction in the United States to adopt a paid sick days law. In 2006, a group of young restaurant workers affiliated with the organization Young Workers United successfully appealed to voters to approve a paid sick leave ballot ordinance. Approved by 61 percent of the electorate, the law went into effect in February 2007. Two other cities followed suit the next year: Washington, D.C., through D.C. Council action in March 2008, and Milwaukee by ballot question in November 2008 (unfortunately, however, Milwaukee’s law was challenged in court and, once upheld, was preempted by the Wisconsin state legislature). Beginning in 2011, states began to adopt paid sick days laws, beginning with Connecticut, which included only a portion of workers in its law, and building from there to cover more workers and more businesses in cities and states across the country. Today, there are 10 states plus D.C. with comprehensive paid sick days laws and more than 20 cities and counties with such laws; these generally follow and expand on the Healthy Families Act model, which allows workers to earn paid sick time for personal and family purposes. (Notably other cities adopted laws that were later preempted by state law, and Michigan passed a law with holes so damaging as to render the law relatively toothless.)

Evidence from cities, counties and states have shown the value of paid sick days laws and dispelled concerns of opponents. Research consistently shows that paid sick days generally help avoid the spread of contagious illnesses to coworkers and improve individual and public health. For example, researchers found that state and municipal U.S. paid sick days laws are associated with a 5 percent reduction in the flu. Analysts conclude that laws are used appropriately by workers and have not had adverse effects on business creation, job creation, wages or prices.

As Congress, businesses and advocates continue to address workers’ needs during the coronavirus pandemic, they should fill the gaps left by the FFCRA. While some larger businesses have announced voluntarily provided emergency paid sick days policies, many have not. Investigative journalism reveals that even workers in companies that have made announcements may not receive the benefits they have been promised due to limitations in policy roll-out or policy details that make utilization difficult or impossible. Only a universal law can help ensure all workers a baseline level of protection with enforceable rights.

Beyond the current moment, the coronavirus pandemic has laid bare the structural gaps in our society, of which workers’ lack of guaranteed access to paid sick time is one. Who knows how coronavirus might have spread more slowly had a paid sick days law been in effect, allowing workers who had unexplained fevers or coughs to stay home? It is well past time for lawmakers to cure the United States’ paid sick leave malady and provide permanent paid sick days protections, so that no one is forced to work sick, risk their paycheck or risk their job.

To learn more about specific holes in the FFCRA and recommended congressional fixes, as well as ways to get involved in the national paid sick days effort, read here.