For the love of history, let’s teach it better.

Laura has a PhD in history from UCLA and has taught at UCLA, Scripps College, and Brigham Young University.  She taught at the secondary level for two years at the Geffen Academy at UCLA. 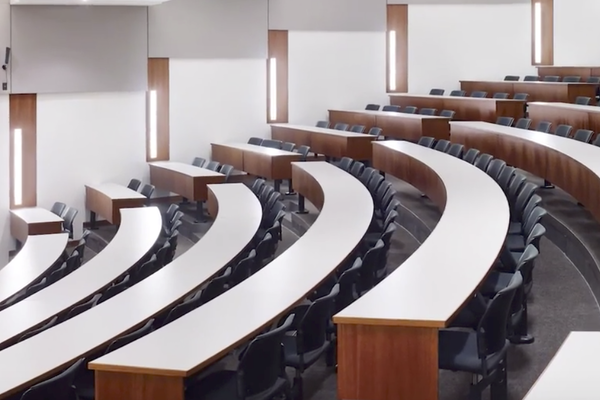 In recent discussion with a large university History Department professor he mentioned that his institution was reconsidering its general education requirements and that World History and US History were on the potential chopping block.  The rationale?  Classes that were based largely on memorization were not considered essential to a well-rounded education.  This baffled me because I deeply believe history classes should never be exercises in memorization.  Those classes truly do not have a place in a well-rounded education.  And they are boring. That is not how history should be taught.

The joy in history is not memorizing a date or a name.  Rather, the most fascinating part of history is an exploration of how and why things occurred the way they did.  It is an investigation into the conditions, or context, in which people made decisions.  Nothing in history was inevitable. History is the product of people’s choices.  Sometimes those choices expanded or contracted paths available to them or to other people.

Is it not enough for students to know that Christopher Columbus sailed the ocean blue in 1492.  They do need to know the man’s name and the year, but what is more important is WHY he sailed the ocean blue.  Within what forces (political, social, economic, and cultural) was he operating? What came of his exploring?  Who benefited?  Who did not?  Understanding those deeper, more complex, and more interesting questions could also help us grapple with the present day debate about celebrating Columbus Day or calling it Indigenous Peoples Day.  Learning only his name and a date does none of that.

The study of history is often a study of power. Who had power? Who did not?  How did those in power treat people with less power?  How did those people respond?  What happened when that power structure was disrupted?   Slavery abruptly ended with the passage of the 13th amendment.  Those who had benefited from and safeguarded the economic system that relied on owning, and selling human beings, and coercing reproduction sometimes by raping women, chose a new system to retain their positions of power. It was the racial caste system called Jim Crow.  As the Civil Rights movement successfully stripped Jim Crow supporters of their power by attacking segregation and voter discrimination, a new system of suppression arose. The criminalization of black bodies led to what scholars call the New Jim Crow, or Mass Incarceration.   You cannot see these patterns of power if you only memorize that the 13th amendment passed and the Civil War ended in 1865.

We continually hear that what is needed in the workforce are critical thinkers, the ability to see complexity and understand nuance.  History taught properly does all of those things.  It also can produce good writers beyond the much-maligned 5 paragraph essay (See John Warner’s Why They Can't Write: Killing the Five-Paragraph Essay and Other Necessities).  Good writers can take complex ideas and make sense of them as they defend an interesting perspective or claim.    Historical study results in skills the workplace needs and wants.  Educators and professors are doing a disservice to the field if instead of teaching their students these skills and expanding them, they are having them memorize lists of information.

More important perhaps than future economic benefits, teaching history has the power to transform our cultural discourse. Changing the study of history from questions of Who and When to ones of Why and How force students to try and see things from different perspectives.  History can teach empathy or at least understanding, something we need badly in our fractured political arena.  Was President Harry Truman wrong or right in dropping the Atomic Bombs?  It is impossible to answer that question without trying to comprehend why he made that decision. Empathy should come before judgment in history.

Primary sources are key to teaching history well.  Certainly high school students, but even those in college need to be taught to pause and evaluate a source before they read it. Who wrote it?  What time period?  What was happening then that might inform the author? Thankfully, there are increasingly accessible primary sources for teachers to use.  It is one thing to explain to students that during the Great Depression the federal government adopted a universal mapping system to rate the potential success of bank mortgages the government would now insure in order to prevent so many home foreclosures.  Because loans were not given in neighborhoods where people of color lived, this system was deeply racist and is a key component of the racial wealth gap. When students explore the redlining maps themselves (see the excellent Mapping Inequality website) and investigate the differences in the four color and letter graded areas, they learn the history in a more powerful way. One college student said to me, “I always knew my neighborhood lacked investment.  Now I know why.” Primary sources allow students to examine for themselves the history they are learning.

Understanding that interpretations of historical events or movements can change overtime is an essential part of our field that students are missing.  Historiography is a word historians have made up, but one that is also very important to understanding the discipline. It means the study of how history has been written.  Sometimes historians disagree.  Rarely is it about basic facts (though that can happen too).  More often it is about a new approach, new sources, a new framework. The story of the Salem witch trials, for example, has become increasingly fascinating when scholars have looked at it though the lens of gender (something that didn’t happen until the 1970s).  Graduate school is chock full of historiography.  In almost every class I took, we read a book a week, picked apart the scholars point of view, main argument, critiqued sources, and built our knowledge of where that scholar fit into the historiography of that topic.  I do not recall ever learning about this as an undergrad, and certainly not in high school.  Yet, I’ve had high school students do a historiography project, and they by and large excelled. We need to find ways to introduce this topic earlier than advanced undergraduate courses or graduate programs.

I love history.  For the love of history, let’s teach it better.  Let’s prove to those general education revision committees, and the public at large, that history has an exalted place in the pantheon of education.  Best of all, let’s show students that studying the past is far more than memorizing. It can be thrilling, and can help them make more sense of the world in which they live.