The Infamous Incarnations of the Ku Klux Klan

Michael McAuliffe is the author of No Truth Left to Tell and has been a practicing lawyer for thirty years. He was a federal prosecutor serving both as a supervisory assistant US attorney in the Southern District of Florida and a trial attorney in the Criminal Section of the Civil Rights Division at the Department of Justice in Washington, DC. In 2008, Michael was elected and served as the state attorney for Palm Beach County, leading an office of approximately 125 prosecutors. He was known for leading the ethics reform movement in county that resulted in the creation of a permanent inspector general, an ethics commission, and new ethics code. Michael and his wife Robin Rosenberg, a US district judge, have three children and live in Florida and Massachusetts. For more information, please visit https://notruthlefttotell.com/ 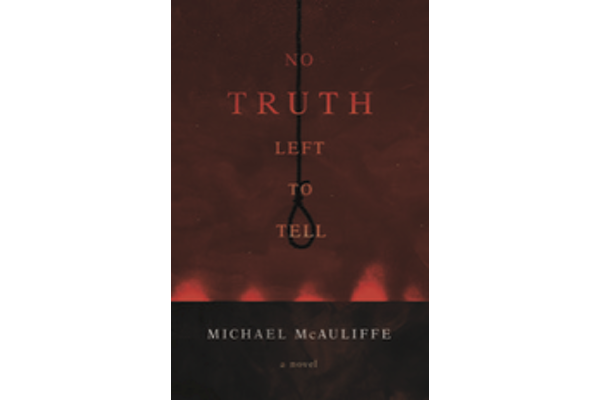 I joined the Department of Justice as a federal civil rights prosecutor fresh out of law school at the age of twenty-six. Like Adrien Rush, the young protagonist in my novel No Truth Left To Tell, I was assigned to investigate and prosecute race-based violent crimes across the country (along with official misconduct and involuntary servitude/human trafficking cases). I instinctively recoiled when hearing about the violence inflicted on victims by racist groups such as the Ku Klux Klan, but I didn’t know much about the extremists I was supposed to pursue. I was a color, gender and religion removed from being a likely target of an extremist, so my good intentions weren’t matched by any personal experiences of prejudice or discrimination.

Surprisingly, the Justice Department didn’t (and still doesn’t) require its civil rights attorneys to complete any specialized training before receiving their credentials. My new role had brought me onto the team, but I had much to learn to fulfill my role as a civil rights enforcer. That opportunity arrived soon enough as I was sent to the South to investigate a series of hate crimes for which the main suspects were Klansmen. I now had a specific reason to delve into the Ku Klux Klan’s history which, while recognized world-wide as the quintessential American hate group, the specifics of its different incarnations are less known.

The Ku Klux Klan formed in Pulaski, Tennessee, in 1865, shortly after the end of the Civil War. The Klan's core members consisted of former soldiers in the Confederate army, and they chose Nathan Bedford Forrest, a former Confederate general, as their first official leader. The Klan grew quickly, and it became a significant resistance movement against the post-Civil War reconstruction efforts of the radical Republicans in the South. Within five years, active Klan chapters existed in over a dozen states. Under Forrest, the Klan took on a quasi-military, semi-religious character. Offices or leadership positions of the Klan––like imperial wizard, grand dragon, cyclops, titan, and others––were created that reflected a peculiar and formal chain of command.

The Klan also depended on elaborate rituals to create a mysticism or aura around the organization; it espoused a contorted Christian theology––a deeply intolerant version of Protestantism; and, of course, its adherents believed in white superiority. The Klan had operated under some degree of secrecy from its inception, but as its members committed widespread acts of violence during Reconstruction, stealth became its hallmark.

Congress passed the Ku Klux Klan Acts in the early 1870s as one of several Acts that attempted to protect the constitutional rights of black Americans to vote, hold office, serve on juries, and have equal protection of law. These measures proved ineffective given the lack of meaningful enforcement. Democrats successfully dislodged the radical Republicans in the South, and racial progress stalled (or more accurately ‘dissipated’ if the apparent advances were more an illusion than reality); the Klan's popularity waned largely because its goals were fulfilled, not as a result of a repudiation of its philosophy. As Reconstruction ended, the original Klan had collapsed because its adherents didn’t need to hide their actions or identity any longer.

Soon after being assigned to investigate the Klan, a senior prosecutor asked me: “What's the first thing you think of when you hear the words ‘Ku Klux Klan’?” My answer––likely a common one––was “burning crosses.” Crosses burned by men in hooded costumes that hid their identities but revealed their true natures.

She had asked me the question for a reason. When federal authorities allege a defendant committed a hate crime, the government has to prove the defendant’s specific criminal intent. In the context of a case involving a cross burning, the government needs to establish the cross burning was meant as something other than a general expression of hate.

Indeed, the burning of a cross may constitute constitutionally protected activity, or it can be a serious criminal act––the classification all depends on the circumstances and purpose behind it. That’s always a challenge for federal prosecutors when evaluating a cross burning case for charging. In the case I was assigned to as a young lawyer, there was little doubt about the criminal nature of the Klansmen’s actions when they targeted six victims with burning crosses as the opening round in their new race war.

Aside from the legal analysis, in the American cultural lexicon, “cross burning” means something different than just two sticks on fire as a result of the Klan. A burning cross is an essential aspect of the Klan’s expressive version of hate, but the Klan and the fiery cross only merged into the universally recognized message of intimidation becauseof a reimagined and corrupt vision delivered through a new medium of entertainment.

In 1915, the silent film Birth of A Nation was released to wide public applause. The film was an adaptation of a novel, The Clansman, by Thomas Dixon. The story’s basic premise was that whites were of superior moral character and white women needed protection from lecherous black men. The Clansmanbook had depicted a burning cross as a significant Klan ritual, and the movie kept it.

The same year, a man named William J. Simmons, an erstwhile preacher, reconstituted the Ku Klux Klan with a ceremony at Stone Mountain, Georgia. The Klan’s re-birth spectacle on Stone Mountain used a burning cross as a central symbol along with the robes and hoods.

These two events––the film and the Stone Mountain event––reintroduced the Klan to America and brought the burning cross into the Klan’s oddball set of conventions. During its second incarnation, the Klan used crosses at many of its events, including in fields during nighttime konklaves. The burning cross graduated to become the Klan’s signature threat.

At the same time as the Klan’s appropriation of the cross, its membership exploded in the 1920s. The Klan’s basic creed became intensely anti-immigrant and nativist. The Klan’s list of inferior peoples expanded to include not just blacks, but also Jews, Catholics, and even union members. Klan membership swelled to several million people in approximately forty-five states. For a short period, the Ku Klux Klan became a mainstream part of American society––its members ran state and local political parties, courthouses, businesses, and law enforcement agencies.

The Klan then fell apart for a second time. The reversal likely was due to several factors. The Klan was never a single organization; it was organized geographically with various state and local versions, often led by individuals who competed for recognition and influence. It was a zero-sum proposition of self-righteous pride and hate, characteristics not associated with a stable existence.

Also, as the Klan's violence grew more brazen, including public lynchings of black men, women and children, their crimes received more intense press coverage, particularly in the North. The press coverage conveyed the Klan’s lawlessness to a wider audience. By the time the wave of immigration diminished in the late 1920s and the Great Depression overwhelmed the country, Klan membership had precipitously declined.

The third incarnation of the Ku Klux Klan occurred when the modern civil rights movement provided Klan sympathizers a new enemy to fight. The Klan reanimated and modernized the racial terrorist in American society. This time, however, the Klan didn’t carry even a thin veneer of mainstream national standing. Klan members across the South committed many of the worst atrocities against black residents and civil rights activists. Klan-related crimes included the horrific Klan bombing in 1963 of the Sixteenth Street Baptist church in Birmingham where four young black girls died and numerous congregants injured, and the 1964 Klan murders of three civil rights workers––Michael Schwerner, Andrew Goodman, and Mark Chaney––in Mississippi. There were many other sickening acts of racial violence, but those two became etched in the nation's memory as Klan crimes.

Yet again, after years of racial domestic terrorism, the Klan’s reign as America’s archetypal hate group waned. New civil rights laws, more robust enforcement of existing laws, and a cultural shift in the South moved the Klan to, and then beyond, the margins of acceptable southern society. In addition, other extremist groups including, among others, the Order, the White Aryan Resistance, and the Aryan Nation, arose in the West and Northwest and competed for the Klan’s base of racist, anti-government recruits.

The Klan still exists, but in much less significant numbers––estimated to be anywhere from 4,000 to 10,000 members nationally in several competing Klan organizations. Of course, numbers don’t always accurately reflect the danger that an individual or a small group of extremists can pose to vulnerable communities. The lynching in 1981 of Michael Donald in Mobile, Alabama, by members of the Klan is a horrible testament to that truth. Like FBI Special Agent Lee Mercer, one of the characters in my novel, observed about the danger presented by a violent racist: “It doesn’t take much talent or skill to injure or kill—just takes doing it.”

That’s why the nation must remain forever vigilant in confronting hate. It takes only one extremist with a match to reignite the flames of violent prejudice.

Sources and for additional information:

The Second Coming of the KKK: The Ku Klux Klan of the 1920s and the American Political Traditionby Linda Gordon (Liveright, First Edition, October 9, 2018).