In Defense of Public Institutions 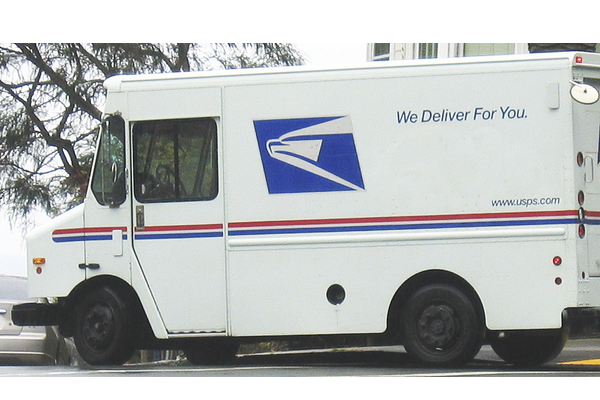 At the end of 2019, Fortune reported that the United States Postal Service could be privatized in 2020. As the Fortune article highlighted, the U.S. Postal Service has a long and rich history, going back to the days of Benjamin Franklin. Its legacy of privacy was guaranteed by the leadership of George Washington and James Madison. But we now live in different times. While the generations of the past sought to establish public institutions, in our era, there is a relentless push for more privatization, far beyond the postal service.

In the twenty-first century, the funding for public universities has been increasingly imperiled and challenged at state and federal levels. Since his election, Trump’s administration has sought ways to privatize the National Parks or sell off large portions of public lands. In January, Jonathan and Destry Jarvis warned that the National Parks are being dismantled. There is, at this moment, a wide-ranging and accelerating assault on public institutions in a dramatic bid for more privatization. The fact that it has been so feebly resisted suggests that the significance of public goods and institutions has been forgotten.

The arguments against public institutions and services are fairly straightforward. In many sectors, private companies can, and do, work more efficiently and lucratively. A privatized postal service would generate tax revenue. A sale of public lands would positively impact the treasury. Less funding for public universities would mean less of the cost of education would be borne by the public at large. The objective of a more privatized system is a leaner government and a more robust economy.

In her 2015 lecture, “What Are We Doing Here?” Marilynne Robinson described this type of thinking: “The logic seems to go like this: To be as strong as we need to be, we must have a highly efficient economy. Society must be disciplined, stripped down, to achieve this efficiency and make us all better foot soldiers.” Everything must be weighed against private profit and subject to competition, so that the U.S. will have a more dynamic economy poised for maximum success in the international arena.

Advocates of privatization hold out the promise of economic strength, but reality suggests a less certain vision of a more private future. Bureaucrats are not the only ones who struggle with budgets. Every year, many private companies cease to be profitable or even to exist. Many successful private companies pay no more in taxes than tax-exempt institutions. Personal experience also shows how often private corporations are just as inefficient and unresponsive as governmental bureaucracy. Anyone who has ever needed an insurance company to pay out for a big bill or who has waited on a phone line to speak to a living customer service representative knows that the government has no monopoly on being unresponsive or obtuse. We are not guaranteed customer satisfaction or great tax revenue under either model.

Perhaps because public institutions and initiatives have not produced wealthy, charismatic CEOs, we underestimate the ways that they have enriched us. In the 1890s, the U.S. Postal System initiated “Rural Free Delivery,” an innovation which helped raise the rural standard of living. Though it cost the government money, as shown in Robert Gordon’s masterful book, The Rise and Fall of American Growth, Rural Free Delivery fueled the rise of the great mail-order companies and helped spur the building of highways. Integrating rural America into the economy was not just a kindness to rural places, it was a spur to nationwide economic growth. The massive expense of the G.I. Bill after World War II placed the burden of educating veterans on the public’s shoulders. It paid out in giving the United States some of the best educated and highest earning workers in the world. In the cost-benefit analysis of investing in the public, we must seriously consider the benefits.

But despite the way that privatization has been framed by advocates, the most significant distinctions between public and private are not efficiency or profitability—they are accountability and access. Public institutions are, ultimately, under the supervision of the public itself. Citizens have levers of control within government that do not exist in the private realm. Citizens have a right to vote for senators and presidents. In some states, voters can directly amend their state constitution. Customers do not choose CEOs. Only shareholders have voting rights in private corporations. Your Congressman’s work email and phone number are public information. You will not find “contact information” under the Amazon “help” tab. Your taxes entitle you to certain goods and services. Your personal spending entitles you to very little. It is legal for airlines to sell you a seat on a plane that they have already sold to someone else. No amount of customer loyalty guarantees you any access to good customer service and you cannot “vote the bums out.” Neither are most companies small enough to be much affected by your decision to shop elsewhere.

Since our country began, we have struggled our way toward a fuller realization of the principle that citizens have equal rights under the law. Consumers have only their purchasing power. Private corporations serve their owners and shareholders. Public institutions are intended to “promote the general welfare.” The National Parks are for everyone. Public transportation is for the entire public. Public institutions exist because citizens are stakeholders, not in a company, but in an entire country, with a mutual interest in each other’s success and well-being. Republican or Democrat, if we initiate changes and policies that are designed for the benefit of the few at the expense of the many, or at the expense of less appealing consumers, we will find ourselves only more divided.

What will we do with our inheritance of public institutions, our national parks, our public universities, our postal system? Decisions about public lands and institutions should be the product of public conversation, not hasty or partisan initiatives. There may be need for reform, or room for some privatization. But there are certain things that, if we give them up, we will never get back—certainly not at cost or in the same condition.

Theodore Roosevelt described America’s public lands as “the most glorious heritage a people ever received, and each one must do his part if we wish to show that the nation is worthy of its good fortune.” Should we sell off that heritage in piecemeal? In the book of Genesis, a hungry Esau sold his birthright to his brother Jacob for a bowl of lentil stew and some bread. His was a shortsighted decision that “showed contempt for his rights as the firstborn.” We should not give up too easily the public goods and institutions that earlier generations left behind for us. To do so is to show contempt for the generations before and after us.