Remembrances, Race, and Role Models: The Renaming of a Middle School

Frank P. Barajas is a professor of History at California State University and the author of Curious Unions: Mexican American Workers and Resistance in Oxnard, California, 1898-1961 (2012). 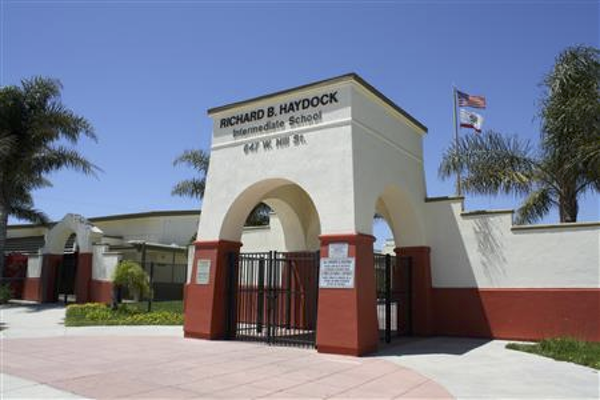 After students of the Richard B. Haydock Academy of Arts and Sciences studied the City of Oxnard’s history, on May 15th of last year two middle schoolers petitioned the Oxnard School District board of trustees to rename their campus. Why? Because Haydock, as an early twentieth century superintendent of the district and a long-time councilmember, espoused racist views toward people of color. Furthermore, as a public official he advanced policies of racial exclusion in housing, public facilities, and schools.

The students discovered this from their study of David G. Garcia’s Strategies of Segregation: Race, Residence, and the Struggle for Educational Equality (2018).

Garcia, a UCLA professor and product of Oxnard’s public schools, documented how city and Ventura County officials purposefully set policies that injured the life chances of people of color by the provision of inferior housing and educational opportunities. While denying services enjoyed by Oxnard’s white residents, in 1917 councilmember Haydock blamed victims of municipal neglect when he stated, “We have laws to prevent the abuse of animals . . . but the people are allowed to abuse themselves. The ignorant are allowed to breed under conditions that become a threat and a menace to the welfare of the community.” Who were “the people” and “The ignorant,” according to Haydock? Ethnic Mexicans.

Four years later, at an Oxnard Rotary Club assembly, Haydock publicly bemoaned the presence of African Americans in the United States. For him and others of his class of this era, such as Superintendent of Ventura County Schools Blanche T. Reynolds, the restriction of people of color was the solution.

This history matters as it informs us of persistent social and economic inequities long after racist strategies—in the form restrictive real estate covenants, residential redlining, gerrymandered school attendance boundaries engineered around segregated neighborhoods, and employment practices—were deemed illegal. This knowledge also complicates an appreciation of our nation’s ethos of equal opportunity contrasted by official actions that prohibited the realization of this value for people of color and women. For example, our history informs us that we are a nation endeared with democratic tenets simultaneously as elected leaders decreed oppressive acts of land dispossession, genocide, and slavery.

But should nefarious practices and views advanced by figures such as Haydock be completely stricken from public memory? Absolutely not. Just as I don’t favor the textual removal of racially restrictive covenants in residential deeds (although I support their inert state), the new name of the Academy of Arts and Sciences, whatever it will be, should have a recognizable footnote so people can learn not only about the totality of Oxnard’s history but also its relationship with larger national currents. The Supreme Court case of Brown vs. Board of Education, 1954 comes to mind as it declared unconstitutional the separate but equal doctrine of Plessy v. Ferguson, 1896.

Let’s not forget Mendez v. Westminster of 1946 that preceded Brown. For this case, future U.S. Supreme Court Justice Thurgood Marshall assisted in the writing of an amicus curiae brief for the National Association for the Advancement of Colored People.

By the study of this history, students can appreciate struggles for social justice by people from all backgrounds as well as the challenges that lay ahead.

And yes, past sins are inalterable. But we can motivate students to be agents of change for the better. Especially as we hear racist slurs of the past echoed by President Donald J. Trump.

So, I propose that the school be renamed the Rachel Murguia Wong Academy of Arts and Sciences. Raised in an era when ethnic Mexican students were not only segregated but also corporally and psychologically assaulted for speaking California’s first European language (Spanish), Murguia Wong committed her life to young people. As a Ventura County resident, she served on numerous civic and educational advisory committees. And after her work as an OSD community-school liaison in La Colonia’s Juanita (now Cesar Chavez) Elementary, Murguia Wong won an elected seat on the district’s board of trustees in 1971.

As a trustee, Murguia Wong championed Title 1 compensatory programs, teacher diversity, as well as the district’s full compliance with the summary judgment of Judge Harry Pregerson in Soria v. Oxnard School District Board of Trustees of 1971. Based on the agreed-upon facts in this case, Pregerson ordered busing as a means to dismantle the decades-long de facto (unofficial) segregation of its schools.

After a resistant board majority appealed the decision, the Ninth Circuit ordered a trial in 1973. This time school board minutes of the 1930s surfaced that documented the district’s implementation of de jure (official) segregation in violation of the plaintiffs’ rights of equal protections guaranteed under the Fourteenth Amendment of the United States Constitution.

At the behest of white parents, districts records of 1937 and 1938 revealed that Superintendent Haydock, in collusion with the trustees, schemed byzantine strategies to segregate ethnic Mexican students. In a time when social Darwinist ideas of Anglo-Saxon superiority was popular, miscegenation was the primary fear of the nation’s white establishment.

Hence, Murguia Wong, unlike Haydock, was on the right side of history. The renaming of the Academy in her honor would provide opportunities for all the children to learn Oxnard’s nuanced history.