A Courageous Catholic Voice Against Antisemitism

Prof. Norwood teaches American history and Jewish studies at the University of Oklahoma; Dr. Medoff is director of The David S. Wyman Institute for Holocaust Studies, in Washington DC. 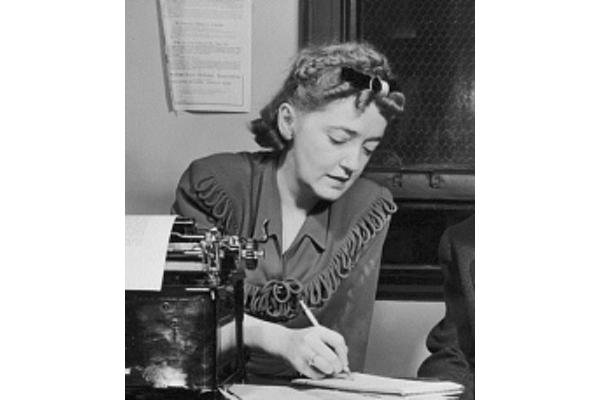 Boston Irish activist Frances Sweeney was one of the few Catholic voices to challenge the silence in response to antisemitic attacks.

“Eight young men came careening out of a side street. One snatched a yeshiva boy’s glasses and spun them into the street…another dumped the [Jewish] newsboy’s [papers] into the gutter; as yet another yanked as he had seen in the newsreels, an old, spidery Jew by his beard.”

This scene, which sounds as if it could have taken place this week in Crown Heights or Williamsburg, actually appears in the autobiography of the late award-winning journalist Nat Hentoff, recalling the wave of violent assaults on Jews in Boston in 1938.

Hentoff, then a student at Northeastern University, was an eyewitness to what the newspaper PM described as an “organized campaign of terrorism” against Jewish residents of Boston’s Roxbury, Mattapan, and Dorchester neighborhoods in the late 1930s and early 1940s.

The perpetrators were Irish Catholic youths, who were inspired by the rabble-rousing “Christian Front” organization and Father Charles Coughlin, the antisemitic priest whose hate-filled radio show drew millions of listeners each week.

As the harassment and beatings of Jews in the streets of Boston reached epidemic levels in 1943, one hundred Jewish boys and girls, ages 12 to 16, sent a poignant petition to the mayor.

The violence “makes us sometimes doubt that this is a democratic land,” the children wrote. “We cannot walk on the streets, whether at night or in the daytime, without fear of being beaten by a group of non-Jewish boys.” They pointed out that the environment had become so dangerous for Jews that Jewish Girl Scout troupes and other social clubs had been forced to stop meeting,

Instead of taking action against the violence, Mayor Maurice Tobin dismissed the attacks as “strictly a juvenile problem,” while Governor Leverett Saltonstall accused the New York newspaper PM of being “utterly unfair” in criticizing the political leadership’s response to the crisis.

Given the fact that both the youth gangs and the Christian Front agitators were overwhelmingly Irish Catholic, the failure of the local Catholic leadership to speak out was especially troubling.

Boston Irish activist Frances Sweeney was one of the few Catholic voices to challenge the silence. “The attacks on Jews…are the complete responsibility of Governor Saltonstall, Mayor Tobin, the [Catholic] church, and the clergy—all of whom [have] ignored this tragedy,” Ms. Sweeney charged.

Sweeney was the editor of a small crusading newspaper, the Boston City Reporter, which focused on exposing the antisemitic outbreaks and other instances of racism in the city. She was aided by a dozen volunteer researchers, including young Hentoff, who tracked the assaults and interviewed the victims.

A fearless muckraker in the best sense of the word, Sweeney likely took her life into her hands when she infiltrated an event at South Boston High School in 1942 featuring the antisemitic priest, Rev. Edward Lodge Curran (he was known as the “Father Coughlin of the East”). Sweeney was spotted, roughed up, and physically thrown out of the building.

In her newspaper, Sweeney repeatedly called on the head of the Catholic Church in Boston, William Cardinal O’Connell, to “tell the faithful, without equivocation, to stop persecuting the Jews.” O’Connell summoned Sweeney to his office and threatened to have her excommunicated if she continued her “recklessly irresponsible attacks on the Church.” Not surprisingly, Sweeney refused. “The facts are the facts,” she replied. “Silence is a fact, especially when it comes from on high.”

In the absence of such leadership, it is left to courageous individuals to speak out. That generation was fortunate to have Frances Sweeney. Will comparable voices emerge to counter the antisemitic violence of our own time?