A Historian Reflects on the Return of Fascism 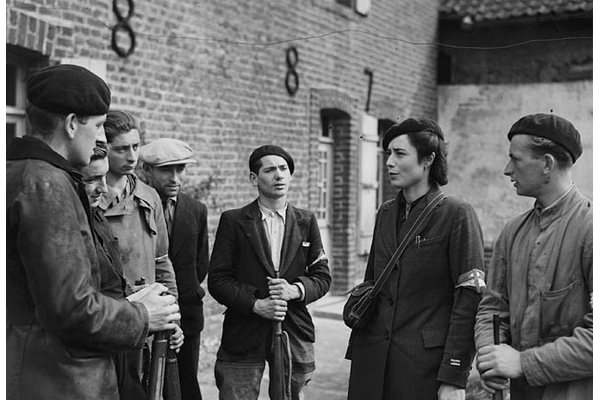 Back in 1941, the year of my birth, fascism stood on the brink of conquering the world. During the preceding decades, movements of the Radical Right―mobilized by demagogues into a cult of virulent nationalism, racial and religious hatred, and militarism―had made great strides in nations around the globe.  By the end of 1941, fascist Germany, Italy, and Japan, having launched massive military invasions of other lands, where they were assisted by local rightwing collaborators, had conquered much of Europe, Asia, and the Middle East.

It was a grim time.

Fortunately, though, an enormous movement arose to resist the fascist juggernaut.  Led by liberals and assorted leftists around the world and eventually bolstered by the alliance of Britain, the Soviet Union, and the United States, this resistance movement ultimately prevailed.

The antifascist struggle of World War II established the groundwork for a new and better international order.  In January 1941, U.S. President Franklin D. Roosevelt, in a major public address, outlined what became known as The Four Freedoms.  The people of all nations, he proclaimed, should enjoy freedom of speech and expression, freedom of worship, freedom from fear, and freedom from want.  That August, Roosevelt and British Prime Minister Winston Churchill unveiled the Atlantic Charter, declaring that people should have the right to choose their own form of government, that force should be abandoned in world affairs, and that international action should promote improved living and working conditions for all people.

These public declarations―coupled with the widespread discrediting of rightwing parties, movements, and ideas―led directly to the establishment, in 1945, of the United Nations.  According to the UN Charter, the purpose of the new world organization was to “to save succeeding generations from the scourge of war,” “to reaffirm faith in fundamental human rights,” and “to employ international machinery for the promotion of the economic and social advancement of all peoples.”

And, in fact, in the decades following World War II, there were significant strides forward along these lines.  Led by Eleanor Roosevelt, the United Nations issued a Universal Declaration of Human Rights, setting forth fundamental rights to be protected.  Furthermore, much of Europe, the cockpit of two terrible world wars, cast aside nationalism to establish a federal union.  Moreover, a wave of decolonization freed much of the world from foreign rule, UN forces engaged in numerous peacekeeping operations, and the United Nations and many national governments established economic aid programs for the world’s poorest countries.

Admittedly, national policies sometimes fell short of the new internationalist, antimilitarist, and égalitarian ideals and programs.  Governments―and particularly governments of the major powers―all too often ignored the United Nations and, instead, squandered their resources on military buildups and terrible wars.  Many governments also had a spotty record when it came to respecting human rights, promoting social and economic progress, and curbing the rising power of multinational corporations.

Even so, for decades, humane domestic policies―from banning racial discrimination to scrapping unfair immigration laws, from improving public health to promoting antipoverty efforts and workers’ rights―remained the norm in many nations, as did at least a token genuflection to peace and international law.  Political parties with a democratic socialist or liberal orientation, elected to public office, implemented programs emphasizing social justice and international cooperation.  On occasion, though far less consistently, centrist and communist governments fostered such programs, as well.  Only parties of the Radical Right attacked these policies across the board; but, swimming against the tide, they remained marginal.

Nevertheless, in the last decade or so, enormous headway has been made by movements and parties following the old fascist playbook, with rightwing demagogues trumpeting its key elements of virulent nationalism, racial and religious intolerance, and militarism.  Seizing, particularly, on mass migration and funded by avaricious economic élites, the Radical Right has made startling progress―undermining the European Union, contesting for power in Britain, France, Germany, the Netherlands, and Greece, and taking control of such countries as Russia, India, Italy, Hungary, Poland, Turkey, Brazil, the Philippines, Israel, Egypt, and, of course, the United States.

Long before the advent of Donald Trump, the Republican Party had been shifting rightward, pulled in that direction by its incorporation of Southern racists and Christian evangelicals.  This political reorientation sped up after the election of Barack Obama sent white supremacists into a frenzy of rage and self-pity.

Trump’s 2015-16 campaign for the presidency accelerated the GOP’s radicalization.  Drawing upon unusually hate-filled rhetoric, he viciously denounced his Republican and Democratic rivals.  Along the way, he engaged in his characteristic lying and mocked or incited violence against his critics, the disabled, immigrants, racial minorities, Muslims, women, and the press.  His racism, xenophobia, and militarism, combined with his thuggish style and manifest lack of qualifications for public office, should have doomed his campaign. But, instead, he emerged victorious―a clear sign that a substantial number of Americans found his approach appealing.

As president, Trump has not only displayed a remarkable contempt for truth, law, civil liberties, the poor, civil rights, and women’s rights, but catered to the wealthy, the corporations, white supremacists, and religious fanatics.  He has also proved adept at inciting hatreds among his rightwing followers through racist, xenophobic diatribes delivered at mass rallies and through propaganda messages. Meanwhile, he has forged close alliances with his authoritarian counterparts abroad.  Either out of fear or love, Republican officeholders cling ever more tenaciously to him as the nation’s Supreme Leader.  If the GOP is not yet a fascist party, it is well on its way to becoming one.

Having grown up at a time when ranting maniacs dispatched their fanatical followers to stamp out freedom and human decency, I am, unfortunately, quite familiar with the pattern.

Even so, the struggle to shape the future is far from over.  During my lifetime, I have seen powerful movements wage successful fights for racial justice, women’s rights, and economic equality.  I have seen massive campaigns successfully challenge wars and nuclear insanity.  I have seen the emergence of inspiring political leaders who have toppled dictatorships against incredible odds.  Perhaps most important, I have seen millions of people, in the United States and around the globe, turn the tide against fascism when, some eight decades ago, it threatened to engulf the world.

Let’s hope they can do it again.