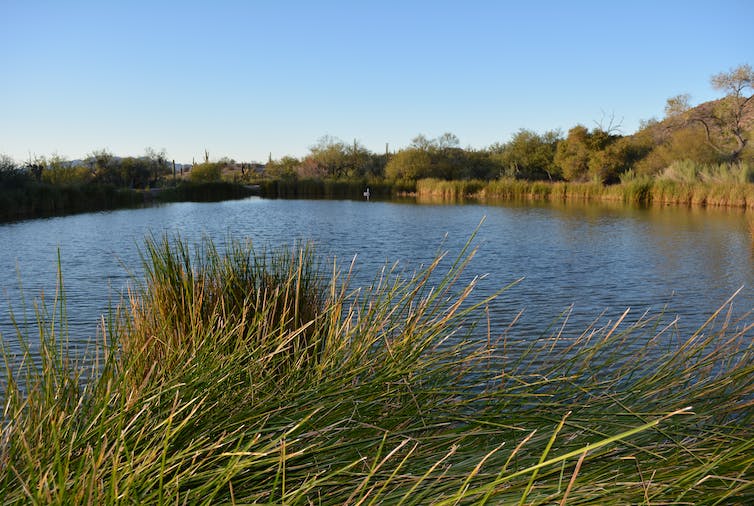 The waters of Quitobaquito in southern Arizona have attracted diverse visitors for thousands of years. Jared Orsi, CC BY-ND

A few hundred yards from the Mexican border in southern Arizona lies a quiet pond, about the size of two football fields, called Quitobaquito. About 10 miles to the east, heavy machinery grinds up the earth and removes vegetation as construction of President Trump’s vaunted border wall advances toward the oasis.

I’m a historian and have studied Quitobaquito for six years. When I first started writing about this area, it was remote and little known, even though the land is part of Organ Pipe Cactus National Monument. But for the last few months, the park has headlined national news.

This spot is an occasional crossing point for transborder migrants, and some of the wall’s first stretches will traverse the national monument within steps of Quitobaquito. Many observers fear that the thirty-foot wall with nighttime floodlighting will harm wildlife, lower the water table and destroy archaeological treasures. Crowds are visiting the site to protest the concrete and steel barrier.

Trump’s promise to build a wall began as a rhetorical flourish during the 2016 presidential campaign. But in May 2019, his administration announced that it would waive 41 laws to construct a high barrier. I believe this project could destroy an area with a diverse, multicultural history that challenges today’s border debates. 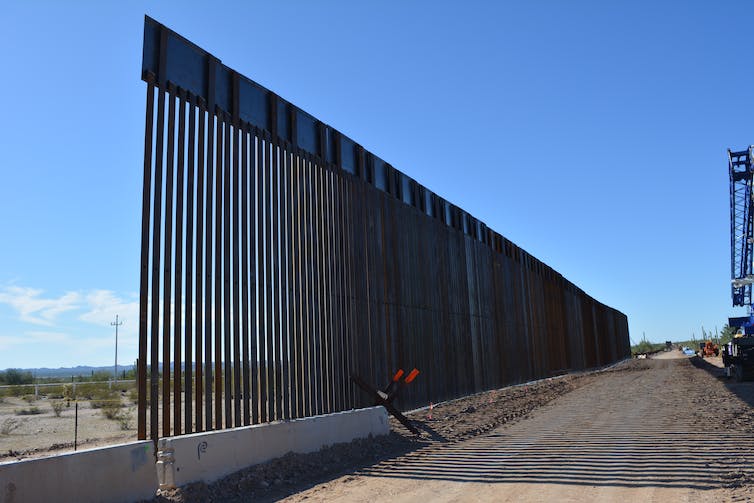 In my research on Quitobaquito, I’ve noticed that while its waters have attracted a wide array of peoples for more than 10,000 years, each wave of newcomers tends to erase the evidence of those who came before them.

Beginning in the late seventeenth century, Spanish missionaries tried to entice native peoples in this area to abandon their traditions in favor of Christian agricultural life. Then, in the early twentieth century, Americans confined indigenous peoples to reservations. For most of the 20th century, the National Park Service managed this swath of southern Arizona as an uninhabited wilderness.

These actions have erased Quitobaquito’s history. The border project is the latest phase of this rewrite.

A farm that straddled the line

Here’s some back story on the diverse cultures that have occupied this oasis.

Around 1860, a newcomer from Georgia named Andrew Dorsey dammed and enlarged the pond, and a small agricultural settlement grew at Quitobaquito. M.G. Levy, the German-educated son of a Jewish immigrant, kept a small store there, employing a French shopkeeper and doing business with American and Mexican suppliers. Chinese and Japanese migrants stopped there after crossing the border from Mexico to evade America’s Asian exclusion laws.

Sometime in the 1880s, Luis Orozco brought his family to Quitobaquito. They identified as members of the nomadic indigenous group Hia C’ed O’odham, who had moved throughout southern Arizona and northern Sonora long before there was a border. But their surname attested to generations of colonial Hispanicization of the region’s native peoples. 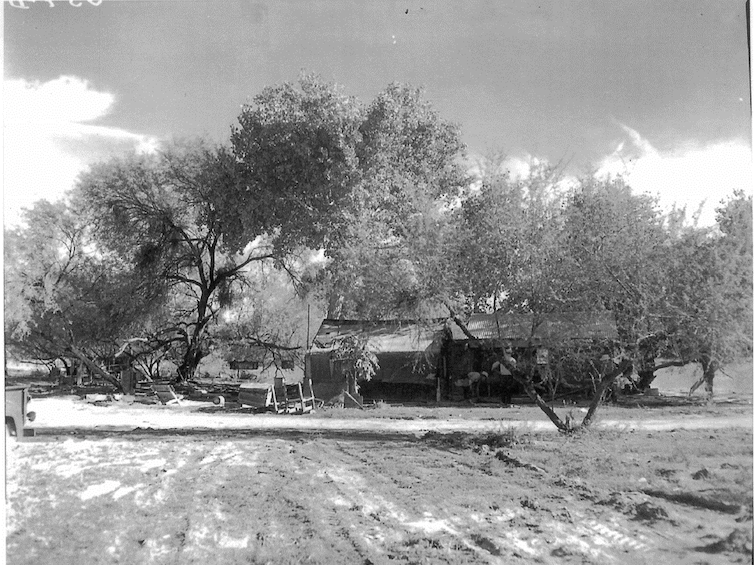 For three generations, the Orozcos homesteaded a plot that spanned the U.S.-Mexico border. They tended livestock, built structures and dug wells. Using a network of ditches, they planted and irrigated melons, figs, pomegranates and other non-native species. Like everyone else, they cut trees for firewood, fencing, and construction and hunted wild animals for food and materials. Nobody got rich, but they got by.

Over time, almost everybody but the Orozcos drifted away from Quitobaquito. But the family still lived there in 1937, when the U.S. government designated Organ Pipe Cactus National Monument. Luis’s son Jose Juan and grandson Jim were farming on public lands, but they could not prove title to the land or document their citizenship in either the U.S. or Mexico.

National Park Service officials believed that the ramshackle Orozco homestead undermined the wilderness ideals that had inspired designation of the area as a national monument. They harassed the family for cutting wood, constructing buildings and hunting deer – longstanding practices that now violated park rules.

After an outbreak of hoof-and-mouth disease in the mid-1940s, the agency began to fence the border to keep out Mexican cattle. The barrier severed the Orozco homestead.

Through a white rancher friend, Jim Orozco enlisted the aid of U.S. Sen. Carl Hayden, an Arizona Republican, who brokered a compromise: The Park Service built a gate allowing the family to move back and forth across the border. A decade later, in 1957, the government bought the Orozcos’ interest for $13,000 and then bulldozed their buildings. 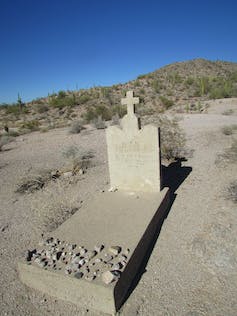 The park restored the graves of the Orozcos and other indigenous people who had lived at the oasis. Today it works with Hia C’ed O’odham and Tohono O’odham tribes to provide access to Quitobaquito and the national monument for ceremonial purposes and collection of plants.

Today, iron vehicle barriers and the dust and rumble of Border Patrol trucks intrude on visitors’ experience at Quitobaquito. The site lacks signs or historical markers, and the park’s visitor center does not detail the pond’s history. The Orozcos’ story is hard to discern.

But I believe Quitobaquito’s history is worth preserving. It reveals an American past populated by people who do not fit into current rhetorical boxes – Indian homesteaders, families living on both sides of the border, white ranchers who protect indigenous resource use and Republican Senators defending the rights of Arizonans who can’t prove their citizenship. These stories are part of this site – and they are incompatible with a wall.