Which Would You Prefer―Nuclear War or Climate Catastrophe? 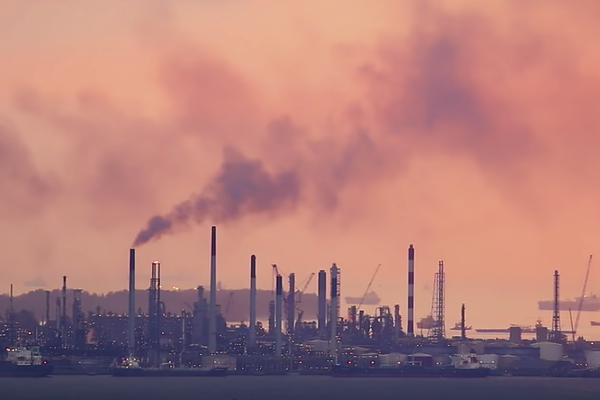 From:  The Joint Public Relations Department of the Great Powers

The world owes an enormous debt of gratitude to Donald Trump, Vladimir Putin, Xi Jinping, Narendra Modi, Boris Johnson, and other heroic rulers of our glorious nations. Not only are they hard at work making their respective countries great again, but they are providing you, the people of the world, with a choice between two opportunities for mass death and destruction.

Throughout the broad sweep of history, leaders of competing territories and eventually nations labored at fostering human annihilation, but, given the rudimentary state of their technology, were only partially successful. Yes, they did manage to slaughter vast numbers of people through repeated massacres and constant wars. The Thirty Years War of 1618-1648, for example, resulted in more than 8 million casualties, a substantial portion of Europe’s population.  And, of course, World Wars I and II, supplemented by a hearty dose of genocide along the way, did a remarkably good job of ravaging populations, crippling tens of millions of survivors, and blasting much of world civilization to rubble.  Even so, despite the best efforts of national rulers and the never-ending glory they derived from these events, large numbers of people somehow survived.

Therefore, in August 1945, the rulers of the great powers took a great leap forward with their development―and immediate use―of a new, advanced implement for mass destruction: nuclear weapons.  Harry Truman, Winston Churchill, and Joseph Stalin were all eager to employ atomic bombs against the people of Japan.  Upon receiving the news that the U.S. atomic bombing of Hiroshima had successfully obliterated the population of that city, Truman rejoiced and called the action “the greatest thing in history.”

Efforts to enhance national grandeur followed during subsequent decades, as the rulers of the great powers (and some pathetic imitators) engaged in an enormous nuclear arms race.  Determined to achieve military supremacy, they spared no expense, employed Nazi scientists and slave labor, and set off vast nuclear explosions on the lands of colonized people and in their own countries.  By the 1980s, about 70,000 nuclear weapons were under their command―more than enough to destroy the world many times over.  Heartened by their national strength, our rulers threw down the gauntlet to their enemies and predicted that their nations would emerge victorious in a nuclear war.

But, alas, the public, failing to appreciate these valiant efforts, grew restive―indeed, disturbingly unpatriotic.  Accordingly, they began to sabotage these advances by demanding that their governments step back from the brink of nuclear war, forgo nuclear buildups, and adopt nuclear arms control and disarmament treaties. The popular clamor became so great that even Ronald Reagan―a longtime supporter of nuclear supremacy and “winnable” nuclear wars―crumpled.  Championing nuclear disarmament, he began declaring that “a nuclear war cannot be won and must never be fought.”  National glory had been sacrificed on the altar of a cowardly quest for human survival.

Fortunately, those days are long past.  In the United States, President Trump is determined to restore America’s greatness by scrapping nuclear arms control and disarmament agreements, spending $1.7 trillion on refurbishing the entire U.S. nuclear weapons complex, and threatening to eradicate other nations through nuclear war. Meanwhile, the president’s good friends in Moscow, Beijing, London, Paris, New Delhi, and elsewhere are busy spurring on their own national nuclear weapons buildups. As they rightly insist:  The only way to stop a bad nation with the Bomb is with a good nation with the Bomb.

Nor is that all! Recently, our rulers have opened up a second opportunity for a planetary destruction:  climate catastrophe.  Some scientists, never satisfied with leaving the running of public affairs to their wise rulers, have claimed that, thanks to the burning of fossil fuels, rising temperatures are melting the polar icecaps, heightening sea levels, and causing massive hurricanes and floods, desertification, agricultural collapse, and enormous wildfires.  As a result, they say, human and other life forms are on their way to extinction.

These scientists―and the deluded people who give them any credence―are much like the critics of nuclear weapons:  skeptics, nay-sayers, and traitorously indifferent to national grandeur.  By contrast, our rulers understand that any curbing of the use of fossil fuels—or, for that matter, any cutbacks in the sale of the products that make our countries great―would interfere with corporate profits, undermine business growth and expansion, and represent a retreat from the national glory that is their due.  Consequently, even if by some remote chance we are entering a period of climate disruption, our rulers will refuse to give way before these unpatriotic attacks.  As courageous leaders, they will never retreat before the prospect of your mass death and destruction.

We are sure that you, as loyal citizens, are as enthusiastic as we are about this staunch defense of national glory.  So, if you notice anyone challenging this approach, please notify your local Homeland Security office.  Meanwhile, rest assured, our governments will also be closely monitoring these malcontents and subversives!

Naturally, your rulers would love to have your feedback.  Therefore, we are submitting to you this question:  Which would you prefer―destruction by nuclear war or destruction by climate catastrophe?  Nuclear war will end your existence fairly quickly through blast or fire, although your death would be slower and more agonizing if you survived long enough to die of radiation sickness or starvation.  On the other hand, climate catastrophe has appealing variety, for you could die by fire, water, or hunger.  Or you might simply roast slowly thanks to unbearable temperatures.

We’d appreciate receiving your opinion on this matter.  After all, providing you with this kind of choice is a vital part of making our nations great again!