Refugees in an Age of Immigration Restrictionism

Dr. Erik Christiansen, Associate Professor of History at Rhode Island College, author of Channeling the Past: Politicizing History in Postwar America (University of Wisconsin Press, 2013), is currently working on a book about the migrants whose lives were affected by the 1934 refugee act. 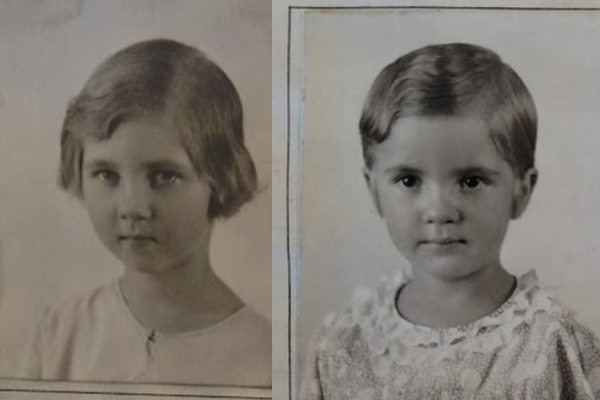 Each new stage in the Trump administration’s handling of refugees and immigrants, whether family separation, a Muslim ban, indiscriminate deportations, a requirement to first seek asylum elsewhere, or other “tough” policies enacted over the past three years, invites comparisons to past policies. Usually that means talking about the Obama years, or maybe the 1986 immigration reforms.  But it’s worth looking back further, to the restrictionist era of the 1920s and 30s.

In 1931, infant Lilly Cushneroff, her toddler sister Olga, their parents, and several others illegally crossed the Mexico-U.S. border near San Ysidro. She and her family then lived as undocumented immigrants in southern California, along with thousands of others who had followed similar journeys across the globe from the defunct Russian empire to the United States. Immigrants usually resided unbothered in one or more other nations for months or years and then came to the U.S. illegally. Most were underskilled workers and many benefitted from unemployment programs.  Yet, at the height of American immigration restrictionism, they were embraced and protected by the U.S. government.

The era of restrictionism (so-called because it restricted the flow of immigration) has long been treated as an anomaly in U.S. history: a relatively short period of intense hostility toward immigrants. While that description is inadequate, it’s notable that restrictionists of the 1920s and 30s also made exceptions for certain groups of immigrants that were recognized as refugees. The quota system established by the 1924 National Origins Act preferred immigrants from Northern Europe (see Trump’s request for more people from Norway), and banned Asian immigration. But beyond that, Congress sought to protect undocumented migrants who sought asylum.

The Act of June 8, 1934 created, for the first time, a distinction between refugees and other immigrants to the U.S. The quotas had not stopped immigration, but it made immigration from much of the world illegal. It also criminalized international migration as the world faced an unprecedented refugee crisis in the wake of World War I and related upheavals.

The impact of restricitionist policies was tempered by the fact that migrants continued to enter the U.S. anyway, crossing porous northern and southern borders or landing in a port and simply staying without permission. Even in rare instances when the State Department sought deportation, political turmoil abroad usually prevented it. That changed in 1933, when FDR announced he would recognize the Soviet government. Diplomatic relations meant that Soviet citizens with no legal status in the U.S. could possibly be deported. Congress quickly moved to protect them.

The Act of June 8 was supported across the spectrum. Conservatives liked the idea of protecting anti-Communist “White Russians,” and liberals seized the opportunity to extend protections to both religious and political refugees. The law’s purpose was narrow, but written broadly enough to allow some other undocumented immigrants the chance to apply for legal status as refugees.

Thousands of Jews also had fled the USSR or neighboring states formerly within the Russian empire. Openly anti-Semitic members of Congress prevented most Jewish asylum seekers from taking advantage, but those who had entered the US before June 1933 usually benefitted from the new law.  Armenians fleeing Turkey comprised the other major group of unintended beneficiaries.  Many immigration officials objected to their inclusion, often on clearly racist grounds, but ultimately they were accepted under the terms of the law.

Almost all of those protected by the 1934 act had broken U.S. laws.  Crucially, immigration officials in Washington determined that entering the U.S. illegally, falsifying official documents, or lying to immigration officers was not only inconsequential, it was to be expected of refugees fleeing for their lives. Passage through Mexico, Canada, Cuba, China, or any other nation was treated similarly – the refugees sought asylum in the U.S.A., and rightly so, and the U.S. government would not force them to seek asylum elsewhere. Though some families, including Lilly and Olga’s, were initially told by agents in the field that they would be separated because of differing individual legal situations (Lilly was born in Mexico, and therefore not a Russian refugee), the INS determined they would be dealt with as a unit, and offered asylum together.

When we compare the current wave of hostility toward immigrants to the restrictionist era, we also must note the efforts then made to make the system as humane as possible. The nuances of that earlier period remind us that we don’t have to choose so starkly between either no immigration or no borders, and even if support for refugees currently cannot transcend the political divide, there still may be ways to reach agreement when it comes to helping asylum seekers.