A Brief History of the Fox

ADELE BRAND met her first fox as a child growing up in the Surrey Hills, England's fragile border between urban London and the rural south-east. Now a mammal ecologist who has led research in five countries, foxes continue to dominate her days. She is passionate about connecting people with wildlife. 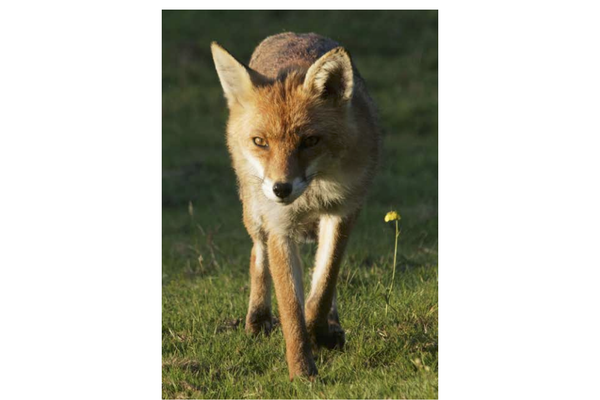 No one will ever know where the first Homo sapiens laid eyes upon a living fox, or how the two species perceived each other. As pre-history continues, our fossils and theirs begin to overlap in paleontological sites, a silent testimony to forest meetings that have passed into the veil of unwritten time. But 16,000 years ago, when Palaeolithic painters were drawing steppe bison in the Spanish cave of Altamira, a woman of unknown name died in what is now Jordan, in a site called ‘Uyun al-Hammam. Her body was laid among flint and ground stone, and a red fox was carefully placed beside her ribs, resting with her for eternity on a bed of ochre.

We cannot perceive the meaning. Was this a pet, or an animal kept for its ceremonial significance? The care in the joint burial is believed to suggest some emotional link between human and fox, beyond that shown to wild- life perceived as food or clothing. It has been speculated that these pre-Natufian people coexisted with foxes that were at least half domesticated. Perhaps they scavenged rubbish on the edge of camps, along with the earliest dogs. Perhaps the behaviour so often complained about in London is more ancient than we think.

In any case, it is clear that foxes held a strong cultural significance for the later peoples of the Levant. They are commonly found in human graves in Kfar Hahoresh (modern Israel), dated to around 8,600 years ago, while stone carvings of foxes with thick brushes adorn the pil- lars of Göbekli Tepe in Turkey, believed to be the world’s oldest temple. In Mesolithic Britain, humans who hunted deer by the shore of extinct Lake Flixton – in the North Yorkshire archaeological site of Star Carr – must have been aware of their small red neighbours. Bones from two foxes have been found at this ancient settlement, along with those of Britain’s first known domestic dogs, but there is no indication of what role, if any, canids played in their culture.

Later, as humanity discovered the joy of story-telling, foxes joined the cast. The oral literature of native Americans occasionally opts for a fox as a trickster, albeit a potentially handy one; according to one Apache legend, it was Fox who stole fire from the fireflies and introduced it to Earth. It is across the Pacific in Japan, however, that fox folklore reaches its most astounding heights. Kitsune – the revered fox of Japanese myth, poetry and traditional belief – has existed in human thoughts for many centuries. It even makes an appearance in what may be the world’s oldest novel: Japan’s eleventh-century epic The Tale of Genji, where a human character debates whether the figure by a tree is a woman or a shapeshifting vulpine. Kitsune delight, deceive and confuse in countless other legends; while the theme of pretending to be an attractive woman is frequent, other tales relive how they mis- lead travellers by lighting ghost fires at night, assume the form of cedar trees, or even become the guardian angels of samurai. Today, anime writers continue the kitsune tradition.

Back in Europe, by Roman times the uneasy relationship between foxes and agriculture had woven itself into religious rituals – in the festival of Cerealia, for example, live foxes were released into the Circus Maximus with burning torches tied to their tails. Seven hundred years later, Aesop’s tales also provide a nod to fox interactions with farmers, and – to a lesser extent – with their neighbouring wildlife. My favourite Aesop fable features a wolf taking a fox to court for theft; given the vast quantity of wolf-killed carrion that real foxes consume, it seems vaguely reasonable.

Old English literature picks up similar themes. The Fox and the Wolf, a rhyming poem from the thirteenth century, stars a fox who helps himself to some chickens and then tricks a wolf into taking the blame:

A fox went out of the wood

Hungered so that to him was woe

He ne was never in no way

Hungered before half so greatly.

He ne held neither way nor street

For to him (it) was loathsome men to meet

To him (it) were more pleasing meet one hen

Than half a hundred women.

He went quickly all the way

Until he saw a wall.

Within the wall was a house.

The fox was thither very eager (to go)

For he intended his hunger quench

Either with food or with drink

And so it continues, with the hungry fox trapping himself in a well before deceiving a wolf named Sigrim into taking his place. Ironically, this poem was written about the same time that the wolf’s howl was finally falling silent in southern Britain.

Did the fox notice the disappearance of its distant relative? Perhaps, unconsciously. As shown in Białowieża and elsewhere, the wolf was a provider as well as rival, a powerful force in the wildwood whose absence has changed these islands as much as a spoke missing from a wheel. Some species have sharply increased, and others have probably declined.

Yet civilisation has done more than simply rip out culturally troublesome natives while boosting deer and grouse for hunting. We have a long history of acquiring new, useful species and releasing them; in Britain alone, that includes rabbits from Spain, fallow deer from Persia, sheep from Mesopotamia, hens from south-east Asia, and cats from Africa. Our trading ships accidentally added black rats from India and house mice from the Middle East, while American grey squirrels, Japanese sika deer and even Australian red-necked wallabies joined our countryside from zoos. We have persuaded ourselves that the six million sheep of Scotland are part of the ‘natural’ scene, but the Highland ecosystem evolved with none. Even the Scottish red deer population of 300,000 is far higher than in the time of the wolf. These changing grazing pressures affect the rodents and berries that foxes eat, and near-total deforestation has altered their territory sizes and feeding habits.

In North America, the prairie ecosystem has been largely dismantled; gone are the vast herds of bison, pronghorn and elk, and here to stay are European cattle and Old World dogs, as well as an increasing population of white-tailed deer. The rise and fall of farming has seen forests destroyed and recovered in the Appalachians and elsewhere, while accidental introductions of tree pests such as the gypsy moth – and indeed Dutch elm disease and European ash dieback – chip away at the structure of ecosystems. We have suppressed fire in forests built around it, or occasionally encouraged it through per- mitting the build-up of flammable material or carelessly dropping cigarettes. We have allowed invasive plants to hitch a lift on our trains, trucks and shoes. We have even changed the soil by introducing earthworms to forests outside their native range. In short, vast swathes of the globe now carry a human footprint.

In a flash of geological time, we have rewritten the fox’s wildwood, in ways both graphic and subtle. We have added, taken away, replanted and concreted.

And the fox that once played its natural dodgems with the rest of the natural web will inevitably interact with the components of the new urbanized world that we have designed without ecological aforethought.

The fox is not an intruder into our world.

We have simply laid our modern ambitions over the landscape it already knew.

From THE HIDDEN WORLD OF THE FOX by Adele Brand Copyright © 2019 by Adele Brand. Reprinted by permission of William Morrow, an imprint of HarperCollins Publishers. 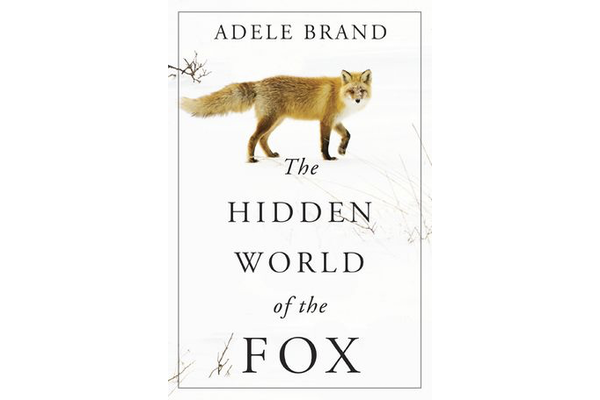