“The System Worked!” Watergate’s Lesson in an Age of Trump

Michael A. Genovese is President of the Global Policy Institute at Loyola Marymount University, and is the author of 50 books, among them, The Watergate Crisis. 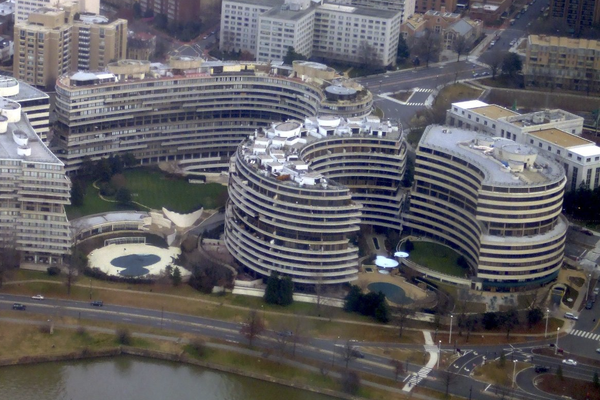 The Watergate complex in Washington, DC

After the fall of Richard M. Nixon, one often heard the refrain: “The system worked!” Existing safeguards, structures, and procedures protected liberty and reestablished the rule of law. After all, Nixon was caught and forced to leave office. But a haunting feeling remains. Did the system work, or did other forces bring about the downfall of Richard Nixon? And now, forty-five years later, can “the system” save us from another abusive and illegal president?

“The system” is the complex web of interrelated governmental and nongovernmental actors and institutions that serve as a check on power. In Watergate, the system included the media, Congress, the courts, the public, the CIA, FBI, the Justice Department, the special prosecutor’s office, and the grand jury. How well did the system perform its function?

The media began like a lamb but ended like a lion. While they were manipulated by Nixon during the 1972 campaign, after the election a herd mentality developed and they turned on Nixon. The Congress, especially in the Ervin and House Judiciary committees, played a very important role in the downfall of Richard Nixon. They moved slowly, methodically, but they moved against the president. The courts, especially Judge Sirica, and the Supreme Court at the end, were clearly a key in the downfall of Nixon. Again, they acted slowly, but effectively. The public, at first giving Nixon a landslide reelection victory eventually turned on the president. The FBI and CIA were used and manipulated by Nixon, as was the Justice Department. The grand jury was essential in getting to the bottom of Watergate. Finally, the special prosecutor’s office, treading on new ground, played an indispensable role in the process. In the end, the system had to act in concert to bring down Nixon.

For so many to act in concert is highly unusual. This speaks to the great difficulty of controlling a determined or runaway president. The system is indeed vulnerable when, even with all these political actors working against the president, it was the “luck” of two “tapes” which finally brought Nixon down! The first tape refers to the piece of tape the Watergate burglars put on the lock of the door to the Democratic National Committee to keep the door from locking shut. A security guard noticed the tape, removed it, but did not report the discovery. When the inept burglars put yet another piece of tape across the lock, the security guard, Frank Wills, finally became suspicious, reported the incident to the police, and this led to the arrest of the burglars. The second tape refers to the taping system Nixon installed in the Oval Office and elsewhere. When these tapes were released, after the Supreme Court in US vs. Nixon ordered the president to turn over the tapes, the president’s fate was sealed. This suggests that the system is actually a rather weak check on presidential abuses of power. “Watergate,” wrote Walter Lippmann, “shows how very vulnerable our constitutional system is. If the national government falls into the hands of sufficiently unprincipled and unscrupulous men, they can do terrible things before anyone can stop them.”

The system worked more than anything else because of luck, accident, and ineptitude. After all, the first break-in of the Watergate was a botched job, as the bugs weren’t properly installed. This necessitated a second break-in, at which time the burglars were caught.

What if Nixon had not taped himself? There would have been no “smoking gun” and Nixon might have survived. What if the coverup had been better managed? It might have held together. What if Nixon had destroyed the tapes before their existence had become known? He would not have had to defy a subpoena—one of the acts on which an article of impeachment was based.

Nixon and Haldeman recognized the role luck played in the Watergate story, as evidenced by this March 20, 1973 taped exchange on how Watergate was “discovered”:

Nixon: …a lot of bad breaks…

Nixon: We got a bad break with the Judge, for example.

Haldeman: Monumental bad breaks and a string of ‘em—one leading to another.

Nixon: This judge, that…

Haldeman: …one lousy part-time night guard at the Watergate who happened to notice the tape on the, on the locks on the doors. If he hadn’t seen them—the thing probably would never have busted. If you hadn’t had Watergate—you wouldn’t have had Segretti. You wouldn’t have had any of that stuff.”

In another sense, the system refers to the two-hundred-year-old constitutional framework and the norms and assumptions upon which it is based. This Madisonian system, described in Federalist No. 51, believed that “ambition must be made to counteract ambition,” that by separating power, viable checks might protect the liberty of the citizen.

The framers of the Constitution saw human nature neither in excessively benign nor unmercifully harsh terms. Man was capable of great good and great evil. The Founders knew man’s darker side, his baser impulses, and sought to control this while also empowering government. In a way, it was precisely for the Richard Nixons (and now Donald Trumps) of the world that the separation of powers and checks and balances were created. And in Watergate, Congress’ role in pushing back on the president was a key.

Watergate so disillusioned the American citizens that trust in government declined sharply, public cynicism toward government grew, a backlashoccurred that ushered in a spate of corrective legislation and saw a candidate for president get elected in 1976 in part because he promised the American public, “I will never lie to you.”

Thomas Paine once said that in America, the Constitution is king. The downfall of Richard Nixon struck a blow for the concept that no man is above the law, not even the president. While Nixon could attempt to justify his actions in a 1977 interview with David Frost by saying, “When the President does it, that means it is not illegal,” this view was flatly rejected by nearly all segments of the American system, at least until President George W. Bush resurrected the imperial pretentions of royal prerogative, and then Donald Trump further claimed truly imperial powers. Here, the words of Justice Brandeis remain operative: “If Government becomes the lawbreaker, it breeds contempt for law.” Reverence for the laws, Abraham Lincoln once said, should “become the political religion of the nation.” But sadly, we have moved away from Lincoln’s view.

What responsibility do “the people” bear for Watergate, for the rise and fall of Richard Nixon? After all, Nixon the politician had been on the political scene since 1948; his slashing campaign style, his character flaws, his ethical lapses were part of the public record. All the elements in Nixon that led to the abuses of Watergate were all operative and observable in embryonic form in his previous political behavior. Do “the people” bear some measure of blame or responsibility for Richard Nixon? There is a saying “In a democracy, people tend to get the government they deserve.” Did we “deserve” Watergate? This sobering possibility is brought home forcefully by historian Henry Steele Commager, who has chillingly written:

The basic problem posed by Watergate and all its attendant horrors is neither constitutional nor political; it is moral. It is not a problem posed by an Administration in Washington; it is one posed by the American people.

After all, we can never get away from the most elementary fact: The American people reelected Mr. Nixon by a majority of nearly eighteen million votes. Either they did not know what kind of man he was, in which case they were inexcusably negligent or inexcusably naïve, or they did know what kind of man he was and did not care or perhaps liked him as he was—as some Americans still like him the way he is. The latter explanation is probably nearer to the truth.

Did he not—indeed, does he not—represent qualities in the American character that are widespread and even taken for granted? In himself and in the curious collection of associates he gathered around him, he represents the acquisitive society, the exploitative society, the aggrandizing society. He represents what is artificial, meretricious, and manipulative.

He represents the American preference for the synthetic over the real, for advertising over product, for public relations over character, for spectator sports over active games, and for spectator politics over participatory democracy.

He represents, too, the widespread American conviction that anything can be bought: culture, education, happiness, a winning football team—or the presidency.

In a very real sense, during Watergate the American public could be accused of falling asleep at the wheel of democracy. Of all the checks which are to balance our political system, none is more powerful than alert and aroused public opinion. A thoughtful, responsible, aware public is the best defense against tyranny. There is no substitute for an aroused citizenry, no hope unless there is a rebirth of what Thomas Cronin calls “citizen politics.” Richard Nixon exposed one of the vulnerabilities of the American political system. “The system” will not protect us; we must be vigilant.

Theologian Reinhold Niebuhr wrote that “man’s capacity for justice makes democracy possible, but man’s inclination to injustice makes democracy necessary.” This is the rationale of the Founders of the American republic. It expresses a sensitivity to the duality of the human condition, of the paradoxical nature of man. The Founders sought to incorporate this view into to the establishment of a limited government, under the rule of law, with a division of power, a separation and sharing of power, and a system of checks and balances. They did not seek to paralyze political leadership, merely to keep it under control. Richard Nixon never understood this. Fortunately, the Framers of the Constitution did.

Now, the system—that mix of the Congress, courts, press, the bureaucracy, and the public—faces another vexing challenge. Can it withstand the assaults of a president who almost daily undermines the rule of law?

After Watergate, the Congress passed a variety of laws designed to discourage future Watergates and abuses of power. As important as these laws may be, they are not sufficient to the task. Laws are not self-executing. A nation of laws depends upon the people to enliven the law. A dedicated citizenry is the only hope against tyranny. As learned Hand said, “Liberty lies in the hearts of men and women; when it dies there, no constitution, no law, no court can save it; no constitution, no law, no court can even do much to help it.”

The Framers of our republic realized that there would be times when a scoundrel found his way to the Presidency. As James Madison noted in Federalist No. 51:

A dependence on the people is, no doubt, the primary control on the government; but experience has taught mankind the necessity of auxiliary precautions.

Are the people wise enough and our auxiliary precautions strong enough to stand up against this scoundrel now in the White House? Or is the Presidential Pied Piper playing too powerful a tune for the public to resist? 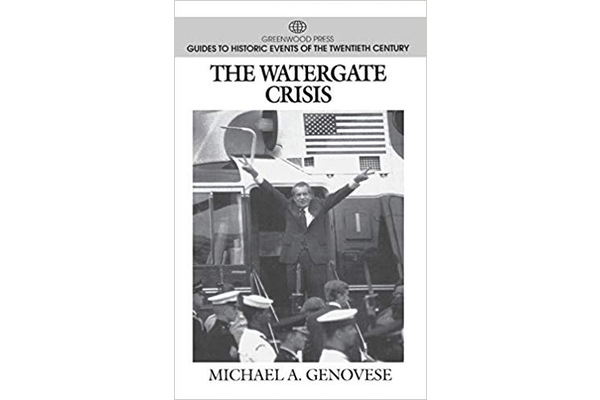