Lessons from Our Republican Ancestors on Free Speech

by Forrest A. Nabors

Forrest A. Nabors is the author of From Oligarchy to Republicanism: The Great Task of Reconstruction and is associate professor of political science at the University of Alaska Anchorage. 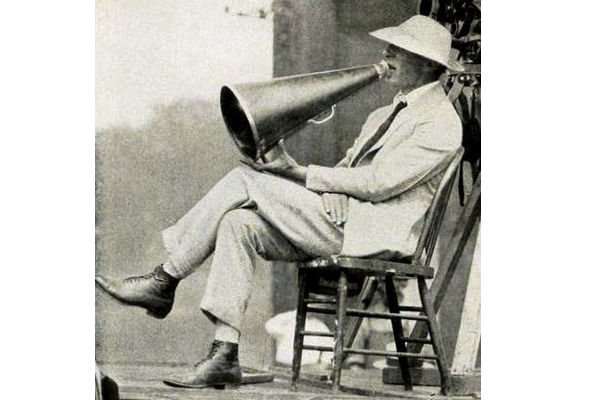 Should Americans adopt new restrictions on political speech, expression and assembly? In the abstract, the proposed aims seem appealing: to purify our society of hate speech, to assure the safety of its members and to prevent offense. Advocates for restrictions have made rapid and impressive headway.

Whether human or algorithm, censors of social media platforms judge and punish unacceptable speech, effectively pushing a number of citizens out of the new public square. Universities often side with protesters against invited speakers, who are shouted down or disinvited. Movements organized to shame advertisers, to tarnish brands or to dig for scandals drive targeted political commentators from public media, and corporate executives from their companies. These are the consequences that citizens risk if they sport the wrong political associations or express the wrong ideas.

The present push to curb freedom of expression is not new in the world, or even in this country. The last major attempt in America was in the 19th century. Proslavery oligarchs branded abolitionists as hateful fanatics, and proposed gagging them and worse. In 1835 Governor George McDuffie of South Carolina demanded “the immediate passage of penal laws” by the non-slaveholding states that would proscribe abolitionist speech and “suppress their machinations against our peace and safety.” The non-slaveholding states were under “sacred obligations” to deliver up these miscreants to the “offended community.” On these grounds, McDuffie affirmed the right of his state’s ruling class to police the political speech of faraway others. If the non-slaveholding states failed to comply, their refusal would “furnish a just cause of war.”

Demands such as these produced northern mobs that blamed the abolitionists for provoking the wrath of the oligarchy and thereby endangering the beloved Union. Led by misdirected patriotism, these mobs became the unwitting instruments of oligarchic tyranny against free expression. They dragged William Lloyd Garrison through the streets of Boston by a halter and murdered Elijah Lovejoy in Illinois.

Fortunately, Americans who understood and valued liberty had spine enough to press forward. The antislavery movement grew and counterrevolutionary parties against slavery and southern oligarchy absorbed succeeding waves of northerners. In Washington an expanding number of antislavery congressmen braved threats and firmly met their proslavery opponents in spirited debate. Their determination elicited a shocking response in 1856, the famous caning of Senator Charles Sumner of Massachusetts by Representative Preston Brooks from South Carolina. Despite almost killing Sumner on the Senate floor, Brooks avoided prosecution and became a proslavery hero.

That fall, in the first presidential election in which the new Republican Party participated, Senator Henry Wilson of Massachusetts noted that supporters of Republic candidate John C. Fremont were driven from the South, some fleeing for the lives. A “relentless despotism” had been established in the South, he said, where “free speech and a free press are known only in theory.”

In Sumner’s first speech in the Senate after his recovery and return, he remained unbowed by his assault. Sumner announced that he would resume the argument of his last speech precisely where he had left it four years earlier. Slavery, he said, had converted slaveholders into American barbarians, who knew only rank determined by superior force. To prove this, he read from the official records of Congress of the prior twenty-five years. Many southern senators and representatives had brandished knives and drawn pistols, threatened killings, and challenged others to duels. Characteristic of his catalogue of harangues and threats, Sumner quoted one southern slaveholder shouting at a Mr. Whitney in a congressional committee room, “God damn you, you shan’t speak…if you do, I will put you to death!”

The southern statesmen’s principled embrace of slavery, Sumner explained in their presence, entailed the rejection of natural equality, the basis of free government and free speech. Among such men, the test of force and not debate decided which political opinion shall be the prevailing opinion. Hailing from oligarchic political societies, they learned to excel at bullying and had robbed themselves of that “serener power” of reasoned debate.

In a political regime in which all are acknowledged to be equally endowed with liberty, free political expression in debate is the only just and effective means by which political disagreement can be adjusted. Under these conditions, the practice of self-government develops a thinking citizenry. Even gridlock can improve popular intelligence and prudent government. As long as democratic rules hold firm, contending parties know that the only way that they can overcome political stalemate is by thinking more deeply, speaking more clearly, by responding to fair criticism and by developing better arguments and strategies of accommodation.

The premise that upholds this system is that voting audiences are capable of distinguishing good from bad arguments. If this were not true, self-government would be indefensible. But if it is true, then no restriction on political expression is just or wise.

Americans lament polarization today but restrictions on political expression is a cure worse than the disease. Sending the message to political opponents that we are not playing by democratic rules, restrictions deepen partisan hostility. The real injury to the personal liberty of silenced partisans inflames their original discontent and attracts sympathy to their malignant causes. Instead, the right remedy is to double-down on our commitment to free political expression. If truly wicked ideas permeate our country, the best way to quell their pernicious influence is to refute them in debate and trust in the judgement of observing citizens.

Does a proposed speaker espouse ideas that disgust you? Our republican faith teaches us that the best course is to provide a podium and a courteous audience, just as Boston accommodated an ultra-proslavery man, Senator Robert Toombs of Georgia, in 1856. If you cannot debate him, then your education falls short of the requisites of republican citizenship. In that case, your educational system requires a revolutionary cure, not the legacy of your republican ancestors who faced down their free speech-hating antagonists and won for you the world’s broadest liberty.