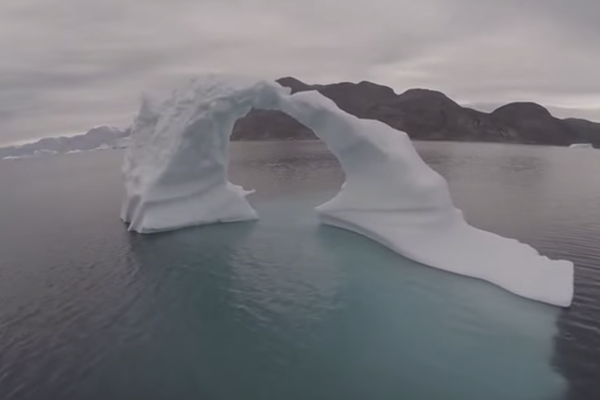 Human-caused climate change is the greatest global threat to the lives of our children and grandchildren. Yet President Trump and most Republican members of Congress are deniers or belittlers of it. Their views are closer to those of Republican Senator James Inhofe (Okla.), author of The Greatest Hoax: How the Global Warming Conspiracy Threatens Your Future (2012), than they are to books like The Uninhabitable Earth: Life after Warming (2019) or the 2018 report of the U.N.’s Intergovernmental Panel on Climate Change (IPCC).  In May 2014, Politifact.com checked out California Governor Brown’s claim that few Republicans in Congress accept human-caused climate change, and could find only 8 out of 278 who admitted that it existed.

Although the general public, especially Democratic voters, are now taking climate change more seriously, a 2018 poll revealed that “voters ranked climate change as the 15th most important issue in voting when asked about a total of 28 voting issues.”

For too long historians also paid too little attention to the most important topic of our day. In 2012 one historian (Sam White) wrote, “When it comes to public discussion of climate change, historians are nearly invisible.” To back up his statement, he indicated that at the 2012 AHA annual conference “not a single panel [out of more than 250] or meeting” addressed “arguably the most pressing issue of the century.”

But considering that this edition of our twentieth-century global history contained about 500 pages, this was very little mention. A more wide-ranging perspective on climate-change concerns was James Fleming’s Historical Perspectives on Climate Change (1998), which contains a series of interrelated essays. Chapters 1 and 2 deal with climate thinking and debate in the Enlightenment and early America. The last chapter is entitled “Global Cooling, Global Warming: Historical Perspectives.” In it we read, “As public awareness of global warming reached an early peak in the mid-1950s, the popular press began to carry articles on climate cooling.” Fleming cites, for example, a 1975 article by conservative Washington Post columnist George Will that predicted “megadeaths and social upheaval” if the perceived cooling continued. Three decades later Will overstated a supposed scientific consensus in the 1970s about climate cooling, partly to discredit the increasing scientific agreement about human-caused global warming. In fact, although the rate of global warming slowed during the third quarter of the twentieth century and then rapidly increased thereafter, scientists realize today that the earlier “global cooling” was exaggerated.  Regardless of some temporary confusion in the 1960s and 1970s, Fleming’s words of 1998—“Since the mid-1980s, the dominant concern has been global warming from rising concentrations of CO2 and other greenhouse gases”—remains true today.

Another historian, J. R. McNeill in his Something New under the Sun: An Environmental History of the Twentieth-Century World (2001), made the bold statement that “the human race, without intending anything of the sort, has undertaken a gigantic uncontrolled experiment on the earth.  In time, I think, this will appear as the most important aspect of twentieth-century history, more so than World War II, the communist enterprise, the rise of mass literacy, the spread of democracy, or the growing emancipation of women.”

About seven pages of McNeill’s book are devoted to a section on “Climate Change and Stratospheric Ozone,” but include the line “no one knows for certain if human actions are the cause” of global warming. By 2009, however, increased scientific data made it clear that the “greenhouse gases emitted by human activities are the primary driver” of global warming. Although McNeill concluded that the consequences of the twentieth-century’s global warming “remained small,” he thought that twenty-first century effects could be momentous if humans don’t change their ways.

In a three-page section on “Global Warming” in my An Age of Progress? Clashing Twentieth-Century Global Forces (2008), I cited material from McNeill’s book, as well as various other sources such as the UN’s IPCC and Al Gore’s book Earth in the Balance: Ecology and the Human Spirit (1992) and his film An Inconvenient Truth (2006).

A year after Sam White wrote that “historians are nearly invisible” in the “public discussion of climate change,” a major historical work appeared that signaled an increased historical interest in climate change—Geoffrey Parker’s massive award-winning Global Crisis: War, Climate Change and Catastrophe in the Seventeenth Century (2013). Parker’s main concern was to demonstrate how in the seventeenth century “an intense episode of global cooling” affected “an unparalleled spate of revolutions and state breakdowns around the world.” But he also discussed “two distinct categories” of sources that he and other historians were and are able to use to determine historical climate changes, “a “natural archive” of four sources and a “human archive” of five.

In his dozen-page epilogue, he suggests White’s assessment of historians’ response to climate change has been too pessimistic. Citing an 1990 IPCC warning about global warming, he writes: “The response of the scholarly community, including many historians, has been magnificent: since 1990 they have compiled thousands of data- sets and published hundreds of articles about past climate change, revealing a series of significant shifts that culminated in an unprecedented trend of global warming.” Parker does, however, fault politicians like Republican Senator Inhofe, who in 2011 “co- sponsored legislation that would prevent the federal government from ‘promulgating any regulation concerning, taking action relating to, or taking into consideration the emission of a greenhouse gas to address climate change.’”

Based on his research, the historian believes that “in the twenty- first century, as in the seventeenth, coping with [large] catastrophes . . . requires resources that only central governments command.” And he faults the “deep-seated fear of ‘Big Government,’” manifested by Inhofe and others, “that any attempt by a Federal agency to mitigate or avert damaging climate change represents a ‘power grab’ by Washington that must at all costs be resisted.” Besides the responses of denying politicians, Parker also offers other explanations why many people in various countries do not take climate change more seriously,  how costly weather and climate catastrophes are and will be, and advice that “it is better to invest more resources” in preventing climate catastrophes rather than living “with the consequences of inaction.”

In a recent email to me, Sam White mentioned the work of Parker. Comparing 2012 to today, White wrote that his “impression is that we’re doing a little better than before. Histories that emphasize past climate variability and change and their human impacts and adaptations, such as the work of Geoffrey Parker and Dagomar Degroot, have received increasing scholarly attention and praise. [Degroot is an assistant professor of environmental history at Georgetown University and the author of the 2018 book The Frigid Golden Age: Climate Change, the Little Ice Age, and the Dutch Republic, 1560-1720.] More historians include discussions of weather and climate in narratives of social and political history.” White also mentioned that “projects such as the Princeton Climate Change and History Research Initiative (CCHRI) and the Past Global Changes (PAGES) network have brought together historians and climatologists for new kinds of collaborations, which are beginning to produce high-impact publications.”

As a result of the information he provided, I also discovered other valuable sources such as HistoricalClimatology.com, founded byDegroot in 2010, and Cambridge University Press’s 42-book Studies in Environment and History, which includes John L. Brooke’s Climate Change and the Course of Global History: A Rough Journey(2014). The co-editor of the series is Georgetown’s J. R. McNeill, and the presence of him and Degroot in the same department, as well as White and Brooke at Ohio State, suggests at least some history departments are now taking environmental history, including climate, change seriously.

Although White believes that historians’ scholarship and public outreach concerning climate change will continue to improve, he is still “concerned that few historians—even environmental historians—are actively working to address what is likely to become the single most urgent public issue of the 21st century. . . . Few examine the historical factors and decisions that led us to fossil-fuel dependence, climate change denial, and political and diplomatic gridlock on climate policy, with an eye to identifying changes that might bring us out of our current impasse. Moreover, public discussions about climate change impacts, mitigation, and adaptation rarely discuss insights from historical research.”

Viewing the titles of the 285 sessions at the 2019 AHA annual conference also disappoints anyone hoping to see growing historical interest in climate change. Very few sessions address the subject in any historical period. Thus, despite the hopeful signs of recent years, including those that White mentions, the question remains: “Are historians doing enough to address climate change?” If and when we do, we can then offer another question that we have often asked before about other subjects: Are politicians and the general public paying sufficient attention to our findings?