Ronald L. Feinman is the author of “Assassinations, Threats, and the American Presidency: From Andrew Jackson to Barack Obama” Rowman Littlefield Publishers, August 2015.  A paperback edition is now available. 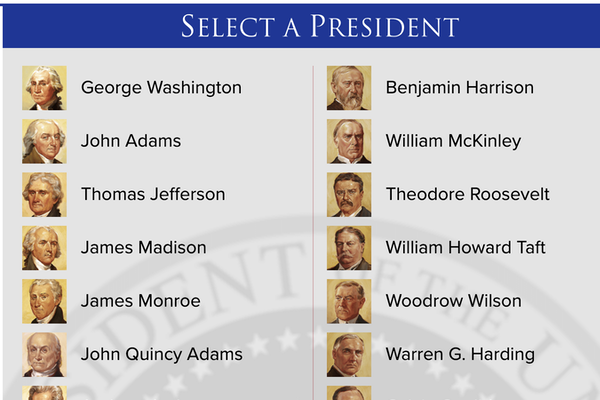 As America celebrates Presidents Day, scholars once again rank presidents’ job performances. These rankings are often subjective and change along with the political climate.

Former President Barack Obama was first judged in the Siena College Research Institute’s 2010 survey after he had been in office only a year. Scholars rated Obama the 15th best president. In 2014, the American Political Science Association survey rated Obama 18th.  In 2017, upon leaving the Presidency, Obama was rated the 12th best president by historians in the C Span Presidential Survey.

Then in 2018, after one year of Donald Trump’s presidency, the American Political Science Association conducted its Presidents and Executive Politics Survey. The study questioned 170 Political Scientists who self-identified as liberals, Democrats, moderates, independents, conservatives, and Republicans. In this poll, Obama was ranked 8th, ten points higher than in 2014. Democrats rated Obama 6th; Independents rated him 12th; and even Republicans rated him 16th. Donald Trump ended up at the bottom—number 44. After the constant comparison with President Donald Trump, Obama was considered a better president historically. He just might reach the top ten Presidents when the next C Span Survey is done after Donald Trump leaves office.

When one revisits Obama’s record in office, he stands out for passing the Affordable Care Act, which has survived nine years of bitter attacks and attempts to destroy the Act’s coverage for 20 million Americans. The Dodd-Frank Act to regulate Wall Street spurred economic recovery, including the greatest stock market growth historically, after the 2008 financial crisis. It also decreased unemployment. The Act created the Consumer Financial Protection Bureau and authorized a bailout of the auto industry which saved an industry heavily based in the Midwest and the South.  Obama also fought climate change and encouraged gun regulations, criminal justice reform, immigration reform, and increased gay rights including marriage. He also added large amounts of public lands as national monuments, making him one of the greatest environmental Presidents.

In foreign policy, Obama opened up relations with Cuba after a half century of isolation; made a nuclear deal with Iran that was backed by the United Kingdom, France, Germany, Russian Federation, and China; ended US military intervention in Iraq; increased the Iron Dome defense system for the protection of Israel from terrorist attacks; assassinated Osama bin Laden; and promoted more free trade agreements.

Many of these successes were reflected in how scholars evaluated Obama’s presidency and specific characteristics. In the C Span 2017 Survey, scholars rated Obama 3rd in the Pursuit of Equal Justice For All; 7th in Moral Authority; 8th in Economic Management; 10th in Public Persuasion; 12th in Vision/Setting An Agenda; 15th in Crisis Management and Performance Within Context Of the Times; 19th in Administrative Skills; 24th in International Relations; and 39th in Relations With Congress.

The low ranking of Obama on Relations With Congress is, unfortunately, based on the hostile and uncooperative reaction of the Republicans in Congress. Republicans had a majority in the House from 2011-2015 and controlled both the House and Senate from 2015-2017. The party used this legislative power to block just about anything Obama pursued including rejection or delay on judicial and other appointments. If Obama had a Congress similar to that under Franklin D. Roosevelt, Lyndon B. Johnson, Abraham Lincoln, George Washington, Theodore Roosevelt and many other Presidents, he would have been rated higher than Woodrow Wilson and possibly Lyndon B. Johnson and Ronald Reagan.

While certainly there is much to be researched and analyzed about the Obama Presidency, it is still clear that Barack Obama is highly regarded by scholars.  In national public opinion, he remains the most popular male leader for the past decade, and in polls of ordinary Americans, is seen as one of the best Presidents since World War II.  While public opinion usually ranks John F. Kennedy and Ronald Reagan as the “best” and most “popular” Presidents on Presidents Day annually, it would not be surprising if Barack Obama is added to that list, or maybe even replaces JFK or Reagan in future years.