Leon Fink, Distinguished Professor Emeritus of History at the University of Illinois-Chicago, edits the academic journal Labor: Studies in Working-Class History at Georgetown University’s Kalmanovitz Initiative for Labor and the Working Poor. 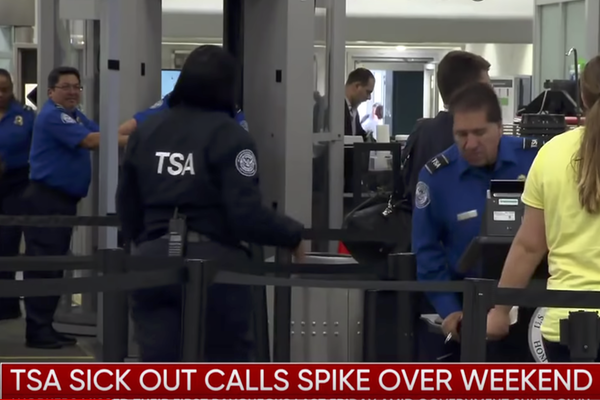 It was the radical African-American intellectual, W.E.B. Du Bois, who famously called the mass disaffection and migration of southern slaves to Union battle lines in the Civil War a “general strike.”  To be sure, Du Bois took some literary license with the concept of the general strike—as perhaps more classically exemplified in the mass walkouts in Seattle in 1919 and England in 1926—as well as the history of slave resistance during the Civil War.  But the flight of many slaves to Union lines and their willingness to take up arms against slavery likely spurred Lincoln’s Emancipation Proclamation, slowed cotton production, and ultimately augmented the Northern army with nearly 200,000 black volunteers.  While hardly a conventional labor action, it can be viewed, imaginatively, as a political strike which lay outside the logic of economic bargaining, a logic that would ultimately lead to the system of industrial relations that began to be erected in the 1930s aimed at resolving conflict short of worker strikes or employer lockouts.  We might consider that both political and economic strikes are bound by separate rules and logic, but that working people need to be prepared for each in its proper season.  It’s a lesson that also beckons from the most recent, at-least-temporarily-interrupted government shutdown.

Certainly, the very laws created to address the arbitrary treatment of much of the private sector and, by the 1960s, the public sector workforce also closed the door to any actions, such as a wildcat strike, that threatened to burst the proceduralism defined in collective-bargaining contracts or government work rules.  Non-union, private-sector workers can generally be fired ‘at-will’ (or on any pretext except for civil rights infringements) by their employers, but action even by unionized and public-sector employees (now often one and the same) is also heavily legally restricted.  Federal government employees, for example, are forbidden to strike under any circumstances, and many state governments follow the same conventions: only ten states permit teacher strikes, while four states deny the most basic, internationally-sanctioned right of collective bargaining to public employees altogether.

In practice, legal prohibitions against striking workers have always been tempered by concerns for public welfare and political pragmatism.   Take the victorious, albeit illegal, 2018 West Virginia teachers’ strike as an example.  Which official wants to take responsibility for unsafe classrooms, dangerous understaffing, or lack of basic materials—the causes of recent walkouts in districts across the nation?  Moreover, what good does it do to fine or fire striking teachers if the next day you have to staff their schools and answer to parents on the way to work?   On the other hand, President Reagan retained public support when he fired 11,000 striking air traffic controllers in 1981, but only because their actions appeared precipitous and their wage demands unwarranted.  Every modern-day public-sector strike, it seems, is a political strike to the degree that its resolution depends on the strength of its public support.

The latest evidence on this subject, of course, emerges from actions, or non-actions, of workers who ‘called in sick’ during the government shutdown.  In refusing to join the ranks of those whom economics czar Larry Kudlow called "volunteers” working out of their "allegiance to President Trump,” the numbers of non-cooperating workers grew precipitously throughout the last week of the shutdown.  There is every indication that, beginning with the chaos at LaGuardia airport on Friday, January 25, the absence of emergency workers figured prominently in Trump’s temporary retreat from confrontation over the border impasse.

Denied access to any collective means of redress (with their elected union representatives effectively sworn to a virtual vow of silence), these protesters relied on deeper wellsprings of labor justice.  The 13th Amendment prohibiting involuntary servitude offered an irrefutable legal brace for such action.  Presenting themselves less as a unified workgroup than as individuals desperate to provide for their families, they seized the moral high ground against unfeeling politicians.  In the end, neither employment laws nor appeals for endless self-sacrifice from on high could stand in the way of citizens acting on the principles of “life, liberty, and the pursuit of happiness.”

In one sense, perhaps what the government workers did was not so far removed from that of Du Bois’s protagonists or other civil rights heroes.  At the time when slaves struck a blow for their own freedom by fleeing slavery to seek refuge behind Union lines, it was manifestly illegal for slaves to run away.  Martin Luther King Jr. likewise led many illegal protest actions to which we now pay tribute.  What King once called the “fierce urgency of now” had begun to beckon in the shutdown crisis.  For more than a month, the president, politicians, and courts utterly failed federal and contract employees.  The workers and their families—both those forced to stay at their jobs and those on furlough --were desperate.  What alternative did they have?  Like the soldiers we celebrate upon return from difficult missions abroad, sick-out patriots had reason to think that their fellow citizens would have their backs when they disobeyed protocol in trying to bring a shutdown to an end.  There were no parades, but there were also no recriminations, and public opinion was clearly on their side.  Air traffic controllers, TSA employees, IRS workers, and others—your country surely thanks you for your service.