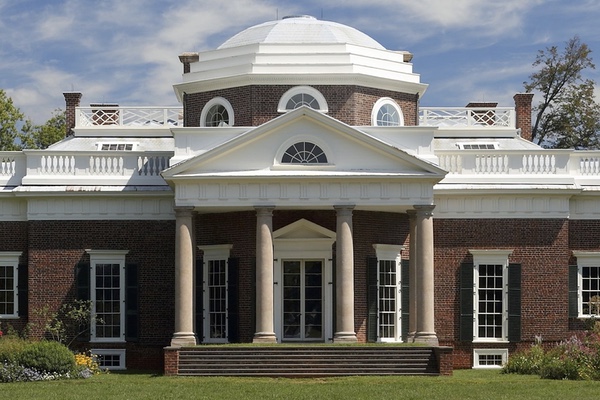 Consider this simple syllogism: Slavery is bad; Thomas Jefferson owned slaves; so, Thomas Jefferson was bad. Consider this simplistic precept: Racism is bad. Both are anything but profound and certainly not illuminating, but they typify, with due consideration for hyperbole, the quality and blinkered approach to Jeffersonian scholarship in the past several decades. The focal issue has been Jefferson’s racism, and the issue within the issue has been his assumed relationship with Sally Hemings. Jeffersonian scholarship has become an exercise in battology—a useless, fatuous repetition of the same claims but with a slightly different twist. “Jefferson was a racist but he really loved Sally Hemings” versus “Jefferson was a racist and he raped Sally Hemings,” and so on. Those twists are what merit publication. The collision of radically different, but historically reasonable, ideas, needed for advances in historical scholarship, has become anathema.

Yet there is a place for simple syllogisms and simplistic precepts. They were, for instance, a significant part of a youth’s education in antiquity. The ancient Greek and Roman Stoics commonly used such syllogisms and precepts to hammer home lessons concerning happiness. Simple syllogism: One always benefits by having more of a particular virtue; too much wealth can bring ruin; so, wealth is not a virtue. Precept: Virtue is the sole good. For the Stoics, such simple syllogisms and simplistic precepts were not meant to be profound or provocative. They were uttered to reinforce virtuous behavior with the aim of equanimity. They were especially useful for children, whose rational faculties were too undersized and inchoate to appreciate the richness and complexity of circumstances, which were for those persons of full rational maturity, for the Stoics, the true determinants of virtuous behavior, not simple syllogisms or simplistic precepts. Uttering that wealth is irrelevant to happiness is itself not sufficient to mollify someone experiencing bankruptcy. Yet knowing that wealth itself is irrelevant to happiness is, in the words of French psychologist Jean Piaget, complete assimilation and accommodation of the principle such that it becomes part of the fabric of a person. That takes decades of agonizing critical thinking—of thinking through some issue to understand how it applies in all circumstances, of thinking through what makes a life meaningful. Once assimilated and accommodated, living consistently with the principle is easy.

Issues of slavery and racism are equally complex, and cannot be understood by uttering simple syllogisms or simplistic precepts as scholars today are wont to do. Slavery is known to have been practiced in Ancient China as early as the 18th century B.C. and continued to be practiced till the twentieth century. Slavery was also practiced in India, in parts of Asia, in the Middle East, and even in Africa, where Blacks enslaved other Blacks. So prevalent was the institution that it was taken for granted prior to the American Revolution. Said John Jay: “Prior to the great revolution, the great majority or rather the great body of our people had been so long accustomed to the practice and convenience of having slaves, that very few among them even doubted the propriety and rectitude of it.” It is mostly with the ascendency of Enlightenment thinking, with its twin postulates of liberty and equality, articulated for illustration by Jefferson in his Declaration of Independence, that slavery has become vital and vibrant in scientific, moral, and political discussions.

The driving force behind Monticello, the Thomas Jefferson Foundation, has for at least two decades been using the issue of race as an enticement for bringing people to Monticello. It is unclear whether that strategy has worked to bring visitors, but it has brought it grant money.  It began with their scholarly take on the 1998 DNA report, misleadingly titled “Jefferson Fathered Slaves’ Last Child,” on Jefferson’s paternity. Their report, published in 2000, stated that Jefferson was very likely the father of Eston Hemings and probably the father of all other children of Sally Hemings. In June, 2018, and by appeal to no new evidence, they pronounced, in a new exhibit on Sally Hemings, that the relationship was fact. “In the new exhibit exploring the life of Sally Hemings, her choices, and her connection to Thomas Jefferson, as well as in updates to our related online materials and print publications, the Foundation will henceforth assert what the evidence indicates and eliminate qualifying language related to the paternity of Eston Hemings as well as that related to Sally Hemings’s three other surviving children, whose descendants were not part of the 1998 DNA study.” They have also brought to bear the question whether Hemings was raped by Jefferson. What a tantalizing suggestion, and to my mind a sleazy one!

That they claim, concerning Jefferson’s paternity, to be merely asserting what the evidence indicates is to me astonishing. As one who has taught logic and critical thinking for some 30 years and has published four books in that area, I admit to being flummoxed by that assertion. Thorough analysis of all the relevant evidence points to lack of a relationship, though I admit that I cannot make that utterance with a high degree of probability. I have never done that. We just do not know! Proof that something suspicious is happening is this: If the evidence is so compelling that we can safely state the relationship is factual, then why could not TJF have seen that some 20 years ago? The evidence has not changed.

The situation at Monticello is toxic. They are unwilling to aim to settle the issues of Jefferson’s paternity and of his avowed racism by rational debate concerning the evidence, or even concerning what ought to count as evidence. Members of TJF—and many of them are, I suspect, sufficiently unfamiliar with Jefferson to be judges of the issue of paternity—have elected themselves to be the sole arbiters of Thomas Jefferson’s legacy, which is no longer open to debate. Their influence extends to the Robert H. Smith International Center for Jefferson Studies, run by the vice-president of TJF, as well as University of Virginia Press. They control who comes to the center and what books related to Jefferson get published. TJF’s depiction of Jefferson, jaded as it is, has won the day. It is now no longer necessary to recognize others who disagree with TJF, to read their arguments, to assess critically those arguments, and to engage in debate with them.

What is the next step?

The next step, doubtless, will be to remove or disallow all the excellent books in Monticello’s library concerning arguments for skepticism or anti-paternity—Dr. Robert Turner’s Scholars Commission Report, Cynthia Burton’s Jefferson Vindicated, and William Hyland’s In Defense of Thomas Jefferson. There is no need to remove my Framing a Legend: Exposing the Distorted History of Thomas Jefferson and Sally Hemings—as well as books that paint Jefferson in a favorable light. It, and my numerous other books which I have published on Jefferson’s philosophical thinking (e.g., Thomas Jefferson: Moralist: Jefferson’s Political Philosophy and the Metaphysics of Utopia: and Thomas Jefferson’s Bible: With Introduction and Critical Commentary) and have nothing to do with Sally Hemings, but take us deep into the mind of Jefferson, have never been at their library.

What is worse, as New York Times reporter Farah Stockman says, is that TJF “is phasing out the popular ‘house tour’ of the mansion, … [thereby] radically changing what is experienced by the more than 400,000 tourists who visit Monticello annually.” Why would TJF phase out a popular tour? Why is that significant? Tourists will no longer see the Great Clock; the Native American artifacts; the numerous paintings (e.g., Bacon, Locke, and Newton); the many busts (e.g., Jefferson and Hamilton, face to face); the library sorted according to Memory, Reason, and Imagination; the inventions and gewgaws (e.g., the dumbwaiter, the revolving bookstand, and the polygraph); among other things. Tourists to Monticello will be kept outside to see Sally Hemings’ room and the slaves’ quarters at Mulberry Row. Jefferson’s beloved Monticello might soon be a shrine to Sally Hemings, even though we do not know whether she and Jefferson had a relationship (see my article on HNN)!

To the objection that Monticello ought to be principally about Jefferson and not about slavery or Sally Hemings, Annette Gordon-Reed replies:“Some people come here and say, ‘I didn’t come here, to a slave plantation, to hear about slavery.’ There’s nothing to do but keep pushing back.” To her, it has become a shoving match. Monticello is not Jefferson’s home, but a “slave plantation”—her agenda is plain—and visitors to it will hear about that whether or not it suits them. The comment plainly betrays the political posture of TJF. There is a good reason to keep on shoving. Monticello was awarded NEH grants in 2018 totaling nearly one million dollars! The focus on race is being handsomely rewarded, even if truth is deserted. Who cares if the number of visitors radically declines if grant money keeps pouring in?

While it is laudable that members of the TJF wish to be viewed historically as paladins of human rights, they are doing so by constructing an image of Jefferson that is warped by political ideals. Their Jefferson is an opportunist, hypocrite, racist, and perhaps even rapist, and they do not give voice to scholars who disagree. The climate is authoritarian—certainly not in keeping with Jefferson’s republican thinking.

Historical truth and a pro-human-rights agenda are not inconsistent. In pressing too hard, too fast, for the latter, we do so at the expense of the former, and the accounts of the past we leave behind to future generations become no more reliable than Homer’s Iliad—a story founded on historical truth, but overwhelmingly colored by fancy.

Yet I am, like Jefferson and perhaps naively, convinced of the good judgment of people over time. As the issue of race is a hot potato, Jefferson will continue to be a fall guy, and perhaps the quick monetary rewards of a focus on Jefferson’s racism will be a template also for short-term success at Poplar Forest. One can only hope that that will not be the case—that The Corporation for Thomas Jefferson’s Poplar Forest not will sell out their souls for money.

In the meantime, we must do what we can and also exercise patience. As Jefferson writes to Dr. Thomas Cooper (7 Oct. 1814): “We cannot always do what is absolutely best. Those with whom we act, entertaining different views, have the power and the right of carrying them into practice. Truth advances, and error recedes step by step only; and to do to our fellow men the most good in our power we must lead where we can, follow where we cannot and still go with them, watching always the favorable moment for helping them to another step.”